Interviews From The Short Century 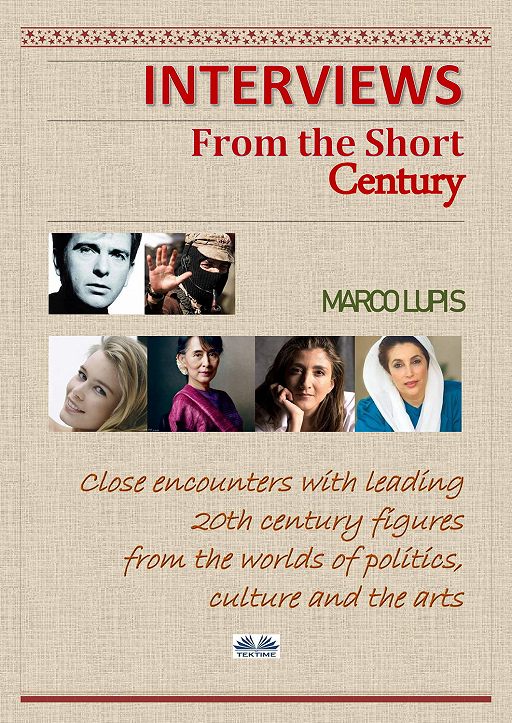 Throughout a long career as a special and foreign correspondent for major Italian publications and the state-owned broadcaster RAI, Marco Lupis has been up close and personal with many of the people who have shaped the world as we know it.

In this book, Lupis recalls the most important interviews of his career, not only with brave men and women who dedicated their lives to fighting injustice and abuse of power, but also with some of the biggest names of the modern era: Nobel laureates, heads of state, rock stars and supermodels, to name but a few.

This book offers a unique insight into fifty personalities who in some way shaped the second half of the 20th century (the ‘short century’). It features exclusive interviews conducted by Marco Lupis during his decades-long career as a special and foreign correspondent covering Latin America and the Far East for some of Italy’s biggest media outlets, including Corriere della Sera, Panorama, L’Espresso, La Repubblica and RAI.

Sometimes dramatic, occasionally light-hearted, but always accurate and packed with fascinating revelations, Lupis’s interviews cover the great issues of the modern era: war, freedom, the fight against injustice and the quest for truth, be it through politics, literature, art or cinema.