Punky Dunk and the Mouse 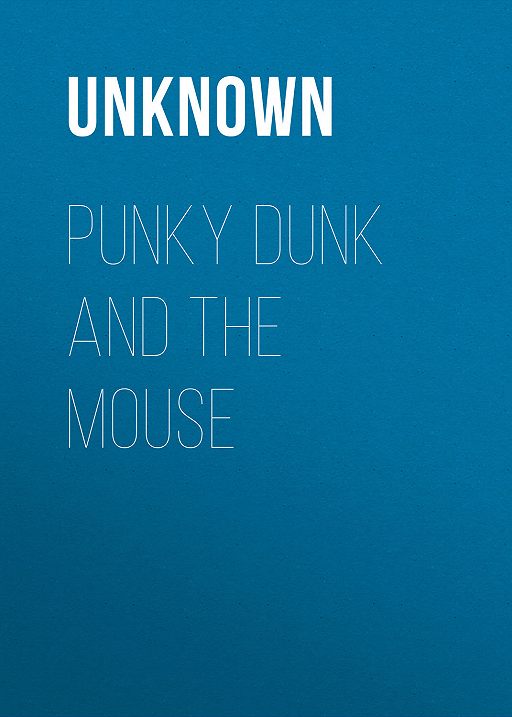 Anonymous
Punky Dunk and the Mouse 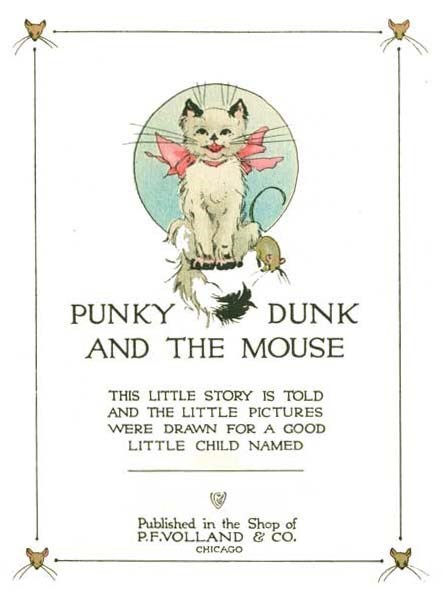 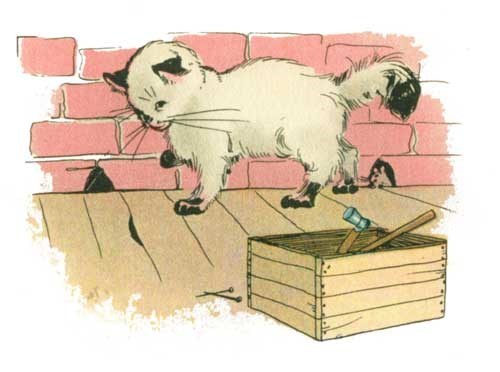 Punky Dunk, very sly, with a wink of his eye
Strolled lazily all through the house;
To the cellar he went and the morning he spent
On a hunt for a fat little mouse. 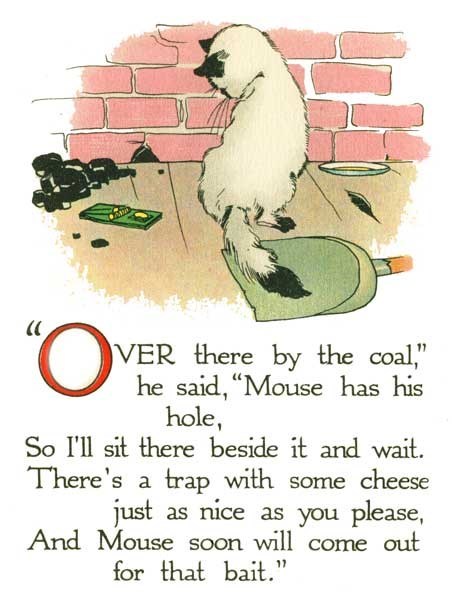 "Over there by the coal," he said, "Mouse has his hole,
So I'll sit there beside it and wait.
There's a trap with some cheese just as nice as you please,
And Mouse soon will come out for that bait." 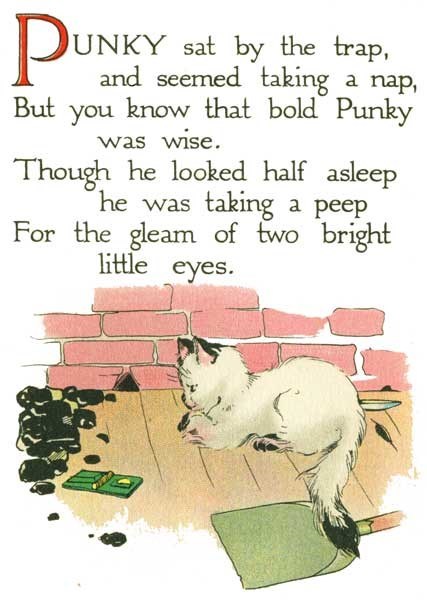 Punky sat by the trap, and seemed taking a nap,
But you know that bold Punky was wise.
Though he looked half asleep he was taking a peep
For the gleam of two bright little eyes. 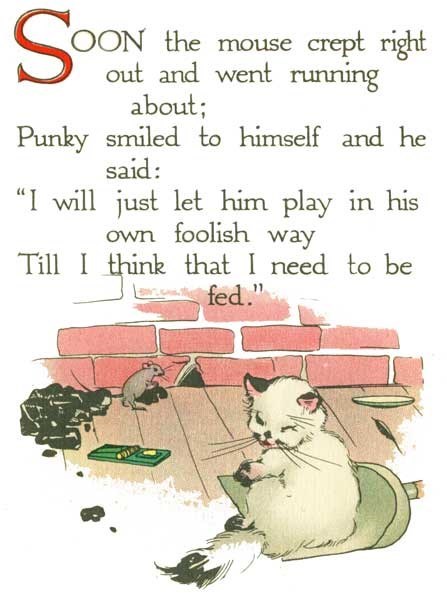 Soon the mouse crept right out and went running about;
Punky smiled to himself and he said:
"I will just let him play in his own foolish way
Till I think that I need to be fed." 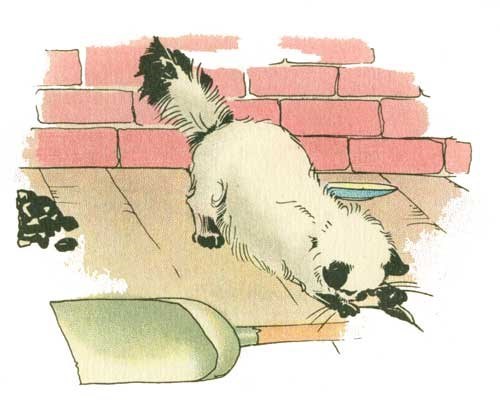 But the Mouse, too, was smart, and he got a good, start,
Then he leaped, and he saved his wee hide,
For he dashed in a hole that was not near the coal
But was hidden away at one side.


"Ha, Ha!" Punky said as he shook his white head.
"Well, Mouse, you may run if you please,
But I'll eat just the same—'twas for that that I came."
So he reached in the trap for the cheese. 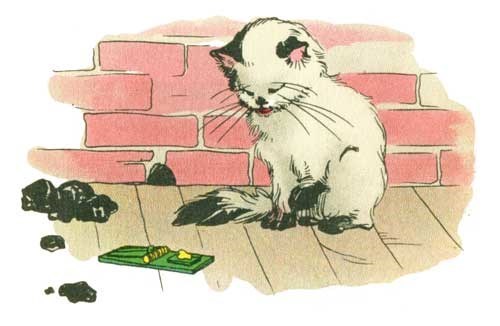 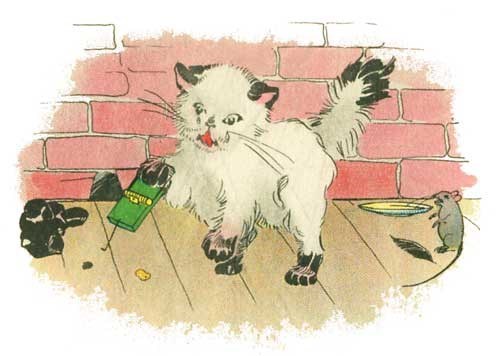 Snip-snap! went the trap— Wasn't that a mishap!
Punky's black little paw was inside.
He leaped and he jumped and he ran and he bumped—
And the Mouse sat and laughed till he cried.


Punky ran up the stairs and he knocked over chairs
And he sprang to the table and dropped,
He "Meowed!" in his fright, for the trap held him tight,
And it was a long time till he stopped. 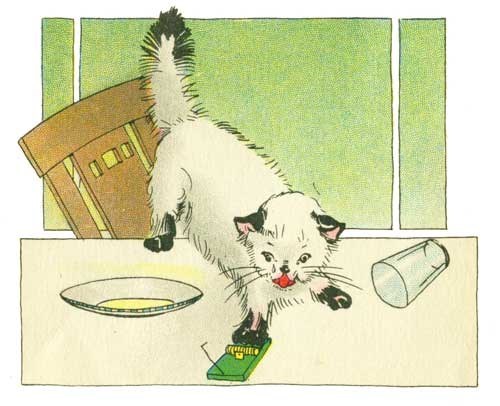 Baby's mama then came and she said: "What a shame!"
And she took off the trap from his paw,
And she wrapped it in silk and she fed him with milk
And she gave him some fish bones to gnaw.