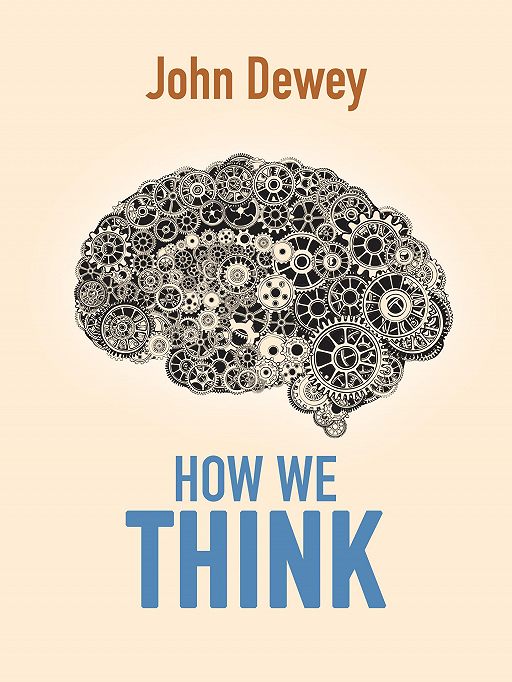 How We Think by John Dewey is a classic book about thinking. The contents of Dewey’s book are applicable to innovation, learning, business management, and many other fields. John Dewey’s view of thinking, and thinking skills, as elaborated in “How We Think” is surprisingly fresh and consistent. Dewey warns against the confusion of mental analysis (looking for the general aspects of an object) with physical analysis (dissection into parts), which leads to the study of living objects as if they were dead. John Dewey’s thought is the essence of systems thinking, which is so fashionable today. In “How We Think,” John Dewey also concludes that we can be taught to “think well” and discusses how. Starting with beliefs and the consequences they bring about, Dewey suggests that knowledge is relative to its interaction with the world, concluding in the end that real freedom is intellectual. According to Dewey, the act of thinking itself is in many cases more important than what is being thought about. Dewey’s analysis of thought will help readers to consider important elements of thinking (and writing) such as: (1) the iterative “ebb and flow” between inductive and deductive thinking; (2) what is necessary to train their minds to think better. Though written years ago, “How We Think” is an easy book to read and well worth the time spent on it.

Книги, похожие на «How We Think»