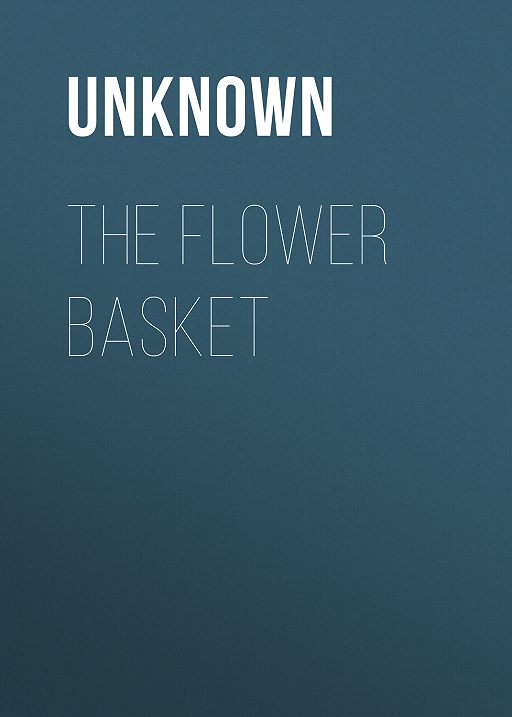 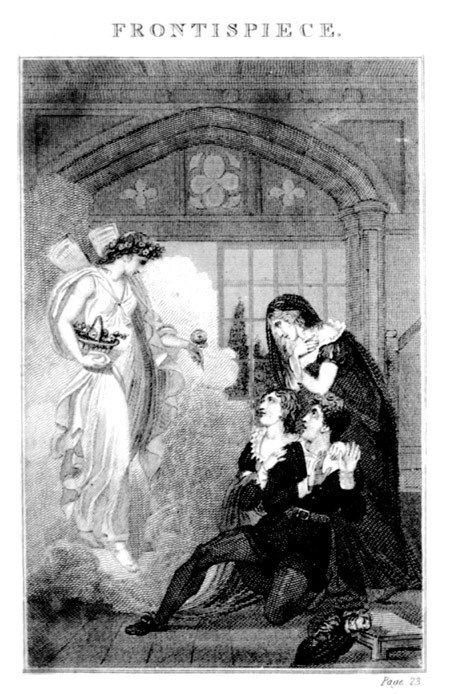 WHOEVER honours the following little Tale with a perusal, will probably anticipate in the Preface, the so-often-framed apology, that it was not written with an intention of being published. Yet stale as the assurance may be, it is in this instance strictly true.

It was composed solely at the request, and for the amusement of, the children of a friend; nor would it ever have entered my head to offer any thing in the shape of a Fairy Tale to this enlightened age, when such productions have long been banished from all juvenile libraries. Among the innumerable works which do so much credit to the talents and invention of the writers, that have been substituted for them, it may admit of a question, whether beings, not professedly ideal, are not sometimes pourtrayed nearly as imaginary as any that ever “wielded wand, or worked a spell.” I believe (for I have never happened to meet with the book, since it was first published) I have the sanction of one of the most celebrated female writers of the age, in her “Thoughts on the Education of a Young Princess,” for supposing that the mind of a child is less likely to be misled by what is avowedly fictitious, than by those high wrought characters of perfection, which they would have little better chance of meeting with in the world, than with the fantastic agents of Oberon.

However true this may be, I certainly did not feel entitled to oppose my sentiments to popular opinion; but the few friends, to whose inspection this trifle was submitted, pronounced it worthy of publication. I am aware, that it may be said, more partiality than judgment was evinced in this decision; but there was amongst the number, one whose knowledge of the public taste cannot be disputed, and whose name, affixed as the publisher, may be considered as a passport in itself. Under such unquestionable recommendation, I am induced to hope, that “The Flower Basket” may find admittance into the literary collections of the youthful members of society; and, though conscious that it will add nothing to their store of information, I flatter myself it will not diminish the correctness of their principles.

THE FLOWER BASKET.
A FAIRY TALE

ADRIAN and Amaranthé were born in an old castle, that had once been the scene of splendour and festivity, but, together with the fortunes of its owners, had fallen very much into decay. Their parents, in proud resentment of the fancied neglect and ingratitude of the world, had lived retired in the only habitable part of it from the time of their birth, associating but little with the surrounding neighbourhood. The world, however, is not ungrateful, nor neglectful of real merit, but it is wise, and when people squander their fortunes rather with a view to display their own consequence than to gratify or benefit their fellow beings, they must not expect that others will come forward to re-instate them in their grandeur, though they would readily do so to relieve unavoidable distress.

The establishment consisted of a few domestics, and an old governess who was retained in that capacity rather from known worthiness of character and attachment to the family, than from any knowledge or acquirements she possessed, that befitted her for such an office. There was besides a little orphan girl, a niece of the lady’s, who had been bred up with them from the time she was five years of age. From the disadvantages under which they laboured, it may be supposed these poor children had not many attractions to boast of. Adrian had the benefit of rather more education than his sister and cousin, as his father would sometimes devote himself to his instruction, but listless from disappointment, and out of humour with a world in which he despaired of his son ever appearing with the distinctions of rank and fortune, his lessons were never regularly given, or enforced in a manner likely to make any profitable impression on the mind of a playful thoughtless boy. He had a good natural disposition, was spirited and generous, and felt that his wishes were not bounded by the retirement in which he lived, but from his total ignorance of all beyond it, he was unable to define what those wishes were. Amaranthé was well-grown, lively, and not ill-tempered, notwithstanding having been always injudiciously flattered and indulged by her doating governess. From the stories she had read, or heard her relate, she had formed a general idea of the advantage of personal attractions, which, in her own person robust and awkward, had no great chance of being displayed.

Claribel, who was rather younger than her cousins, was also less of her age. She was pretty and sweet-tempered, but timid and without energy of character. Her timidity and her littleness made her the jest of her companions, and in their play-hours she had often cause to feel and acknowledge their superiority in age and size; but as their teasing of her proceeded more from unchecked liveliness than real ill-nature, and as she was too gentle to retort upon them, their childish squabbles never amounted to serious disagreements, and they lived in perfect harmony together. She was too docile to be naughty, would seldom fail to learn the task that was given her, but never felt a desire to learn more.

From the continual ill health of the lady, her daughter and niece were almost wholly consigned to the care and culture of the faithful Ursula. She had taught all the children to read, write, and spell, and as much of arithmetic as enabled them to cast up a sum that was not very difficult. She was also anxious that her “own blessed young ladies” should be proficients in the various kinds of needlework, on which she had valued herself in her “better days.” In order to accomplish this, and prevent the work being twitched out of their hands, and themselves dragged off by Adrian to play at ball or shuttlecock with him, she would secure the quietness and attention of the party by singing old ballads, and relating marvellous histories, to which they would listen with an eagerness and interest that banished all wish for any other kind of entertainment. Of these she had an abundant store, but what afforded the highest delight to her auditors, was the dexterous feats, or beneficent acts, that she would record of fairies, a race of beings that she professed to have personal knowledge of. She once incautiously hinted, that had not their father, by his pride, offended one of the order, they should all have been in a more prosperous state; but no sooner had the words escaped her than she repented having uttered them, nor could all the entreaties of her pupils ever prevail upon her to satisfy their curiosity upon the subject.

Adrian had nearly completed his twentieth year, Amaranthé was eighteen, and Claribel near sixteen, when a messenger arrived at the castle, bringing with him a packet addressed to its master, the contents of which announced the landing of a very old friend at a place on the coast at a considerable distance. He mentioned having intelligence of infinite consequence to impart, and his intention of proceeding directly to the castle for that purpose, but that he had been only a few hours on shore when he was seized with an illness which prevented his travelling. He therefore besought the gentleman and his lady to lose no time in repairing to the place where he was confined, that they might themselves receive his communications.

On examining the letter they found that some length of time had elapsed since its date, for those days boasted not of turnpike roads and mail coaches, and the bearer had had a tedious journey of it. When they questioned him concerning their friend, they could gain no farther information, than that, on finding himself too ill to attempt travelling, he had intrusted him with the packet, with strict injunctions to deliver it safely, but of the nature of his disorder they could extort no satisfactory account from him.

The case admitted of no deliberation, and Adrian and Amaranthé found themselves, for the first time in their lives, going to be separated from their parents.

The lively emotions of interest produced by the bustle and novelty of preparation for their departure, and the eager curiosity excited by the extraordinary occurrence that occasioned it, at first predominated over every other feeling; but when the carriage came to the door that was to convey their father and mother from them, a sensation of concern and dismay extinguished their vivacity at once.