Attila Kagan of the Huns from the kind of Velsung 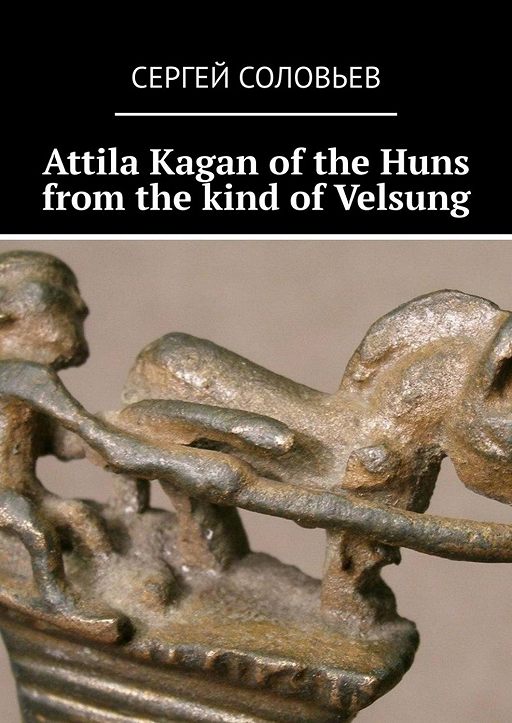 How does the history of Russia relate to the history of the Huns? And Russia directly correlates, as a community of peoples, and as a state entity, is a continuous and direct continuation of the Hunnic community of peoples, and probably the state, because the peoples of Russia, and not only Russia, but also Europe before the Rhine were part of the Hunnic Confederation. It should be shown here that the peoples of the Baltic region have lived here since ancient times, and were well acquainted with each other, which Edda proves, telling not only about svej and dans, but also about the Huns and lands of Gardarika.

How is Gardaric translated literally? The land of kings, the land of rulers, or rather TSARGRAD, from Garda-country, and Rica – royal, Riksdag-literally royal council, that is, the translation of Gardarik – the land of cities, this is an incorrect translation. Thus, repeatedly mentioned in the annals and writings of Constantinople, this is Gardarika. Reigned this land, according to Edda, the dynasty of the Sirgles. What are the Finns calling Russia now? Venaya, and the Russians are called venelainen. Estonians call Russia Venemeia, and the Russians are also veneline. Wenedos, on the other hand, met in antiquity from Asia Minor, where Quintus Curtius Ruf refers to them, to Italy, the province of Venetia. In modern Germany, Lusatian Serbs are called sorbians or Wends, and in official legal acts. But the Slavs do not call them, that is, the term Slav is very late, and has a Romance origin, and was artificial. What does he mean? Obviously, this is a religious symbol. Slavic champion of the glorious, high way. But a German, a German? The word consists of two parts, the hera (Here. Herr) is glorious, high, whence the name of souls in Wallgalle-Einheria, and hence the conversion in Germany – Herr or Nere in Denmark, means – Glorious. Parallels in the Old Russian language are glorious, glorious, so refer to young men and women in Russian That is, the words German and Slav are synonyms, and funny as it may be, verbatim Germany and Slovenia are also synonymous. Sweden is called either Schwerig or Svearik, that is, either the kingdom of Svej, or the path of the Oath (swear-oath), the name itself is scary and demanding, and Norway is Norway (Norway) or Norge, which translates as the northern path. As evidenced by cross-translation, North is the north, way is the way. Germany in Swedish, Tuskland, and in Finnish Sax. So, the neighbors are well aware of the neighbors. The present territory of Russia was called in those distant times, according to the testimony of Saxon Grammatik, Olaf Dalin, the Swedish historian of the 18th century., Venland, and before that as Hunigard, that is, the country of the Huns, and the Russian North Saxon Grammatik calls Gandvik, in the translation “Gantt Bay”, that is, most likely, he speaks of the Gulf of Ob, the Yamal Peninsula, where Khanty and Mansi are known to live but the Danish historian calls the inhabitants of that land giants, and the stories about this northern land were full of legends and mysteries, these testimonies speak of the enormous wealth of these places, and that these extraordinary people live on islands in the northern seas and that they all living in these mysterious months ah, they are sorcerers. Living folk tradition in all of Finland and some parts of Karelia attributes the affiliation, in some places to the still remaining grave stone piles and mounds, to the unknown Nephite people, who inhabited all of Finland, northern Scandinavia and even Karelia in the present territories of the Kem and Olonets provinces. The Finnish name for this ancient people is Hiji. Saxon the Grammar tells the story of one expedition of Gorm: “… Having reached Gandvik (Bay of the Gulf of Ob, Khanty’s country) and pulling the ships ashore, Gorm and his sailors camped. At dusk, a man of extraordinary size appeared to them, calling himself Godmund.” Travelers soon saw a settlement “more like a smoky cloud.” Entering one of the premises, “they were amazed at the abundant treasures and various jewels and saw seven barrels encircled by seven gold hoops and hung with silver chains of numerous rings, a bull horn of unusual size, trimmed with precious stones and covered with art engraving and, finally, a solid weight bracelet”. They were especially surprised to see “weapons intended in magnitude to some superhuman beings.” And the Scandinavian sailors could not resist, there was not enough willpower and even a sense of self-preservation did not help this time, and the abundance and availability of jewelry. And most were very unlucky, many were “torn to pieces by monsters, and only twenty people were saved, who returned home with Gorn at the head.” Numerous finds of archaeologists confirm the most terrible stories of Saxon Grammatik – the inhabitants of the North, Volga region and Don region firmly believed that the dead could come to life, and to protect themselves, the feet and hands were cut off from the dead, and such manipulations are unknown anywhere else, and the sorcerers of these peoples were considered very strong in their craft. Such rites of neutralization of the dead are not known in other states and among other tribes of Europe and Asia. And this rite occurs on this territory at the beginning of the third millennium BC, in the Bronze Age. Further, Russia, in China, in our Asian neighbor, is called Elos, and so many Indo-European states were called in antiquity – this is the ancient Elam and the Greek name for itself is Hellas.

Also interesting are the peculiar rings, called temporal lobular rings, the number of lobes from two to six. Temporal rings were made on the basis of findings from gold and silver. It is interesting to show a two-lobed ring from Treasure Schliemann. Catalog Inventory number Aar132, Bz50, P92 F6014 and Aar 133 Bz49, P91 A 6015. Two-lobed ring from gold from the State Historical Museum collection (Historical Museum). Photo dsc00946. These findings only confirm Taylor’s theory of the promotion of shepherd tribes in Asia Minor and Greece. The find is dated to the beginning of the second millennium BC. e.

Now let’s turn to the finds of the Abashevskaya and Andronovskaya culture. They developed in the forest-steppe zone of Eastern Europe whose monuments are found from the left bank of the Dnieper in the west to the Tobol river. It is dated by the beginning of the middle of 2 thousand. BC. You can also see the use of the meander pattern in the decoration of vessels, as well as dicotyledonous temporal gold rings. In the Urals, in the peat bogs, wooden ladles with a swan figure were found

A find in Greece is very interesting, a crystal bucket with a handle in the shape of a duck’s head was found in Mycenae, dated to the 15th century. BC. The work is, of course, extremely difficult, how could the master make such a fragile thing, because it is not cast and has not been blown out of glass? But the shape of this magnificent object copies wood products found in the distant Urals. Wooden ladles were later found in the Scythian burials already in the Iron Age, as evidenced by numerous finds. The culture of using ladles in everyday life was preserved in Russia until the 20th century, now these wooden objects are used as decorative dishes. That is, this ritual dish can be used as a kind of indicator of Indo-European culture.

Blackened and ground milk ceramics appear among artifacts of the pit and catacomb cultures in the middle of the 3rd millennium BC. A method of manufacturing black-glazed ceramics was discovered in the vast past. By whom and when it is now impossible to establish. It is known that the Etruscans (VIII – II centuries BC) already had a technology for the manufacture of black-glazed ceramics. Black-glazed household utensils were widely distributed in Russia, the peak of its popularity occurred in the period from the 3rd to the 19th centuries. The method is quite simple – the ceramics are smoothed out, then the products are fired in a smoking flame without oxygen (staining). Milk milk is a very mouth-watering formulation and one of the most popular methods of fire decoration. The bottom line is the following – the sintered shard (past the unit kiln) is placed in milk, and then baked again at a lower temperature (about 300°C). And this utensil has been seen among the finds dating back to the 3rd millennium BC. and at present in the basin of the Volga and Don rivers, and the steppes of the Black Sea region, and Trans-Urals. Similar ceramics were discovered by Schliemann and Taylor during archaeological excavations in Troy and Hellas, and similar dishes were found in Crete and date back to the beginning of the third millennium BC. Significant can be called bracelets, pins, wands with the image of volute (double helix). These findings are widespread, and open bracelets with volutes are one of the hallmarks of these cultures.