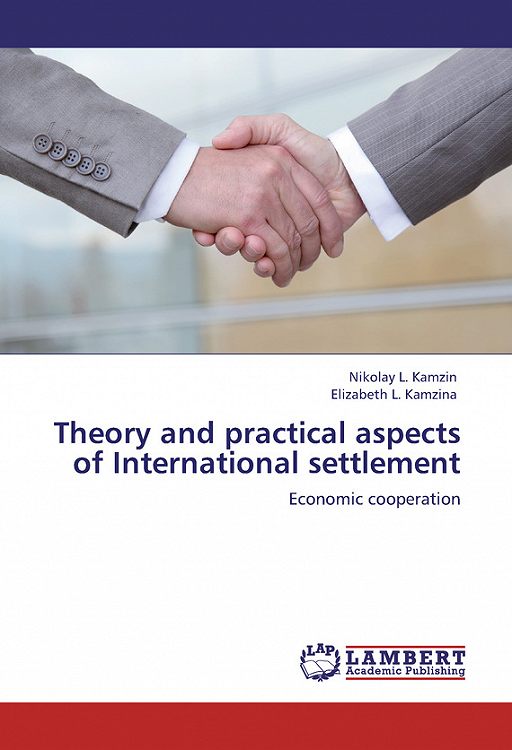 1.1. The evolution of the global monetary system as a factor development of the international monetary and financial relations

International monetary system-enshrined in international agreements, a form of organization of monetary and financial relations, which operate independently or serving the international movement of goods and factors of production[7].

Monetary and financial system is a necessary step to promote international trade in goods, financial instruments and the movement of factors of production. It consists of two elements. Currency components of the system is the national currency, the terms of their mutual convertibility and circulation, exchange rate parity, exchange rates and national and international mechanisms of its regulation.

Financial elements of the system are the international financial markets and trading mechanisms to specific financial instruments – currency, securities, and loans.

International financing mechanisms are key elements of macroeconomic adjustment, which is carried out in the country's open economy.

Currency is divided according to its membership to:

– the national currency – legal tender in the issuing of countries;

– foreign currency – legal tender in other countries, used in that country.

Classifications can be varied for different characters, in order to achieve the objectives of the study relevant is the following: reserve currency – the currency in which the state held its liquid international reserves used to cover the negative balance of payments.

Generally accepted in the world currency, which is accumulated by central banks in foreign exchange reserves. It serves as an investment asset, is a method of determining the exchange parity used as a tool of foreign exchange intervention, if necessary, as well as for the central bank for international settlements.

The most important characteristic is the degree of currency convertibility them – the ability of residents and non-free and unrestricted exchange and use in transactions with real financial assets.

From the standpoint of balance of payments is convertible for current transactions, capital transactions and complete, and in terms of residents – domestic and foreign.

The classification of exchange rate systems based on what is recognized as a reserve asset, that is, with the help of an asset can be settled by the imbalances in international payments. By this criterion standard monetary systems are divided into gold, gold exchange, devising. During different periods of history such assets were gold, the dollar convertible into gold at a fixed rate, any currency accepted for international payments, but above all, freely usable currencies.

The gold standard was based on the formalization of the countries of the gold content per unit of domestic currency liabilities of central banks buy and sell domestic currency in exchange for gold. Gold exchange standard based on the officially established fixed parities of currencies against the U.S. dollar, which in turn was convertible into gold at a fixed rate. The main features of the standard devising lies in the fact that countries can use any system of exchange rates of their choice – a fixed or floating, established unilaterally or through multilateral agreements. The IMF has the authority to oversee the development of exchange rates and arrangements for their establishment. Abolished the official price of gold, and eliminated its role as the official means of payment between the IMF and its members. As an additional reserve asset, special drawing rights (SDRs).

– the functional form of world money;

– unification of the forms of international payments.

The development of the world monetary system is a spiral with a gap of several decades. In the domestic economy, the monetary systems have evolved from the gold coin standard to a gold bullion and gold exchange, and from him – a paper-credit treatment. Evolving global monetary system has moved to the next stage, called the Jamaican system. It was arranged by agreement of member countries by the International Monetary Fund (IMF) in 1976 in Kingston, Jamaica[9], in which formed the basic principles of a new monetary system, embodied in April 1978 in the second amendment to the Articles of Agreement of the IMF. These principles, which are today, are as follows:

– the abolition of the official price of gold was legalized demonetization of gold, but, nevertheless, thanks to the real values of gold, followed by continued extraordinary role of world money and reserve assets;

– gold exchange standard was replaced by a standard SDR, which formally declared the foundation of currency parities, but in practice did not become a standard of value, the main payment and reserve funds;

– the IMF has the authority to supervise the development of hard currency and the establishment of agreements.

Problems of Jamaican currency system very quickly appeared in the imperfection of floating exchange rates. Moreover, the problems encountered have exacerbated the financial and currency crises. The need to coordinate national action for overcoming the crisis led global economic community to re-evaluate the role of international financial regulators to harmonize the policies of different countries in the field of monetary relations. William Shakespeare wrote: «If there be nothing new, but that which is, hath been before»[10], was a question about the effectiveness of the regulatory activities of international monetary institutions, which in conditions of crisis in the global system has considerably decreased, forcing the governments of several countries in the band to do disruption reconstruction of the whole system of currency regulation.

The IMF has not coped with the task of predicting the crisis of early shocks. Although this program was developed jointly with the World Bank, IMF, passively watching the change in the macroeconomic cycle – the transition from boom to slower growth of bank lending in the financial market and detachment from the real economy, especially in developed countries, particularly the U.S., which led to the global financial and economic crisis[11].

In economic theory, international monetary relations issues remain unchanged. Over the years, changing only the answers[12]. Like the philosophical notion of substance, dualistic in nature. The inner essence of a stable core and the outer reflection of it in our time, so all knowing “dig” to the bottom of the rod, and starts searching with the external reflection, effortlessly accessible to every listener.

To effectively solve problems of macroeconomic management, on the one hand, the actions of the Central Bank of the Russian Federation should be characterized by independence and consistency. On the other hand, measures in the monetary are a must be accompanied by adequate fiscal policies[13].

As rightly pointed out Frederic Bastiat «you cannot give money to some members of the community but by taking it from others»[14] cash equivalent because this is the existing opportunities, money is their “mirror image”, and, therefore, imperative redistribution of opportunity or the cost of moving simply changing the terms without affecting the sum.