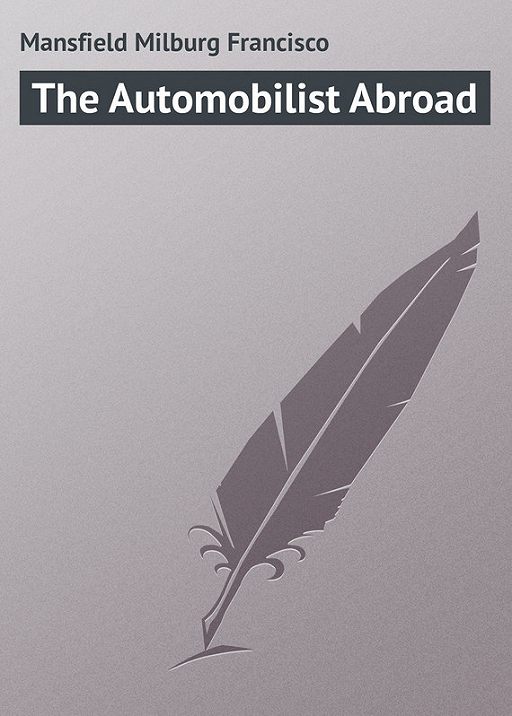 The chief concern of the automobilist to-day, after his individual automobile, is the road question, the "Good Roads Question," as it has become generally known. In a new country, like America, it is to be expected that great connecting highways should be mostly in the making. It is to be regretted that the development should be so slow, but things have been improving in the last decade, and perhaps America will "beat the world" in this respect, as she has in many others, before many future generations have been born.

In the excellence and maintenance of her roads France stands emphatically at the head of all nations, but even here noticeable improvement is going on. The terrific "Louis Quatorze pavé," which one finds around Paris, is yearly growing less and less in quantity. The worst road-bed in France is that awful stretch from Bordeaux, via Bazas, to Pau in Navarre, originally due to the energy of Henri IV., and still in existence for a space of nearly a hundred kilometres. One avoids it by a détour of some twenty odd kilometres, and the writer humbly suggests that here is an important unaccomplished work for the usually energetic road authorities of France.

After France the "good roads" of Britain come next, though in some parts of the country they are woefully inadequate to accommodate the fast-growing traffic by road, notably in London suburbs, while some of the leafy lanes over which poets rhapsodize are so narrow that the local laws prevent any automobile traffic whatever.