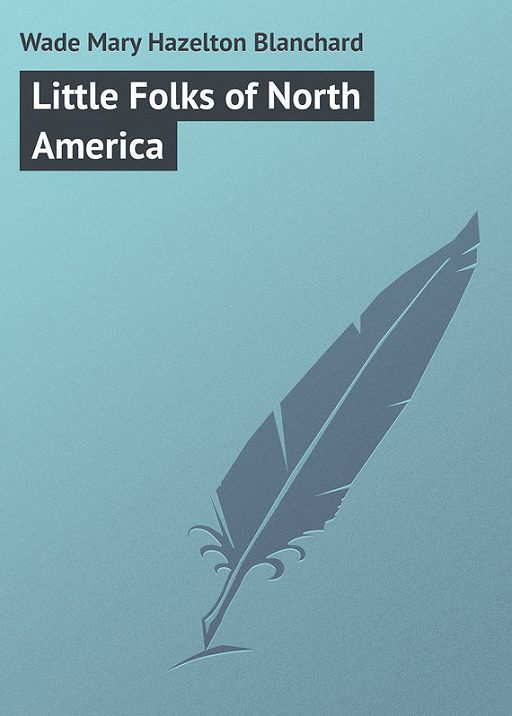 The Coming of Eric the Red

West of Ireland is the largest island in the world. It is called Greenland, but the boys and girls who live there have little reason to know it by such a name, for it is a country of snow and ice where fierce winds are blowing the greater part of the year and where the frost king rules even in the summer-time.

Long ago there were brave sailors in northern Europe called Norsemen, who ventured out into the western waters farther than any other known people at that time. Some of them, as you know, sailed as far as Iceland where they settled and made a home for themselves.

By and by one of these settlers sailed still farther into the west. Fierce storms arose and strong winds blew his ship till he came in sight of a land whose shores were bound in ice. At last the storm passed; then he turned his ship about and sailed for home.

When he reached Iceland he told of what he had seen. Among those who listened to him was another daring sailor, Eric the Red.

Not long afterwards Eric the Red killed another man in a quarrel, and on account of this wrong deed he was told that he could not stay in Iceland, but must leave his home for two years at least.

He now thought of the story he had heard of a land farther west. He said to himself, “I will seek that country and perhaps I will find a home there to my liking.”

He set out with a brave heart and sailed on till at last he saw before him a bare and desolate land. He steered his ship past great icebergs and floating masses of ice and entered a harbor.

It was not a pleasant country in which to make a home. There was no person to greet him; not a single tree to offer its shade. Yet he made himself as comfortable as possible and built a house of stone against the side of a steep cliff. He fished in the icy waters and hunted over the snow-covered fields; thus he and his few companions got enough food to keep themselves from starving.

Two winters passed in this new home and Eric the Red, who had been used to hardship, enjoyed himself because he was free to do as he pleased and there were no enemies to disturb him. In fact, all the time he and his followers were in Greenland they met no other people, and so they believed they were the only ones living in that ice-bound country. In their wanderings, however, they discovered that there were many high mountains, deep and narrow bays, and glaciers.

The time came when Eric the Red could go back to Iceland. On his return he said to himself, “I will say that I found a pleasant home in the west. I will give the place the pleasant name of Greenland. Then some of the people will wish to go back with me and settle there.”

Eric the Red painted such a delightful picture of his stay in the distant land that a goodly company started out with him in twenty-five ships when he returned to Greenland. Some of these ships were wrecked; others were driven back by fierce winds. Fourteen, however, managed to pass the dangerous icebergs and the great masses of floating ice and entered a narrow harbor.

The people landed on the desolate shore and were soon busy building houses in which to live. There was no lumber because there were no trees, so they had to use stones.

Afterwards small gardens were dug and planted. Sheds were built of stone where the sheep and oxen the people had brought with them could be protected from the biting cold of the long winter and the fearful storms that raged there.

Other settlers followed the first ones and made new homes for themselves on the western coast of Greenland, not far from the place chosen by the first-comers. Here, in rough stone houses, little children were born and grew up to be men and women.

These children did not know the taste of bread. They lived mostly on the meat of seals, walruses, and reindeer, the berries they picked in summer, and the eggs of the wild birds that flew in great flocks over the country when the long, cold winter was over.

They had many a good time, though. They romped in the frosty air; they slid on the ice; they petted their lambs and played games; and then, when evening came, they gathered about their fathers to listen to wonderful tales of adventures with wild animals and of fights for life among icebergs and glaciers. Often they must have held their breath, and their blood must have been stirred as they thought, “Soon we will grow up and we, too, will dare what our fathers have dared.”

More than three hundred years passed by. Then the children of the settlers suddenly discovered that they were not the only ones living in Greenland. Not far to the north there were other boys and girls with yellow skins, black eyes, round faces and mouths ever ready to stretch in smiles. Far different, indeed, they looked from the Norse children with their fair hair and blue eyes.

These little strangers spoke an odd-sounding language and when they pointed to themselves they said, “Innuits,” meaning “people.” No doubt they and their parents had thought themselves the only people in the world. The Norsemen called them Skrællings; but long afterwards, when other white men came to Greenland and noticed the manner of living of the natives, they gave them the name of Eskimos which means, “Eaters of raw meat.” To this day we know them as Eskimos.

Not long after they met with the Eskimos the white settlers, with their wives and children, disappeared from Greenland. No one knows the reason. Perhaps they all died from a terrible sickness that visited them at that time. There are some who think they were killed by the natives. At any rate, there were no more white people in Greenland for two hundred years and the little Eskimos lived on as they always had done.

The homes of these children are built to-day just as they were in that far-away time when the Norsemen first saw them. They spend the long cold winter in stone huts. The stones are packed closely together and the chinks are stuffed so tightly with turf that the sharpest wind can not make its way inside. A low passage into the house is also built of stones, but it is so low that even the little children must crawl on their hands and knees when they go in and out of the house.

Can you think of the reason for this? It is because the wind must be kept out of the home at all costs.

When the children have once crept inside, there is not much room over their heads even now, since the house-walls themselves are not more than six or eight feet high. The light is very dim, for the small windows are made of the bowels of seals, as the Eskimos do not have the glass we think so necessary; so they take the best thing they can procure.

A little more light is given by queer, smoky lamps which are stoves as well.