Cast Away : For These Reasons 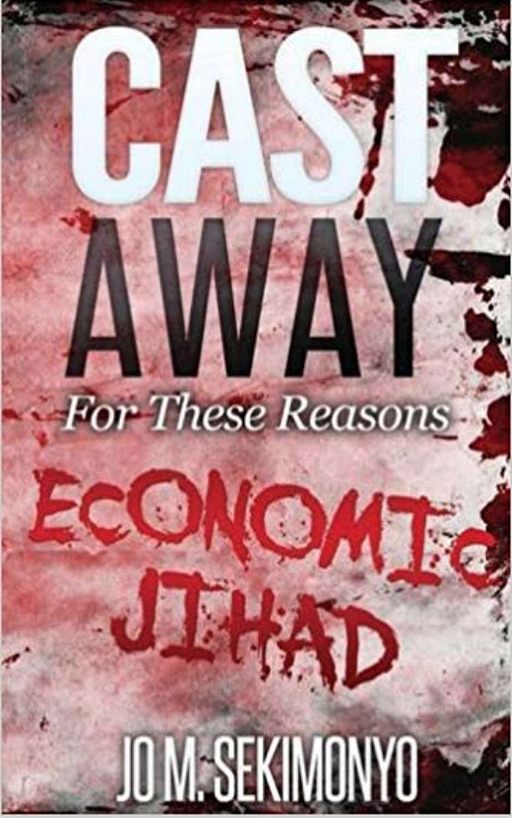 Do we need an Economic Jihad? What can you say about the boring cock-fights between Capitalism deities of our time? You should be as disgusted as I am of these clown shows that chip away the substance of economic disparity dialogues. I have left to the class of economist sloppy cerebral sloths, to tiptoeing around of serious issues. Instead, you, the reader, and I will be swimming against the torrent current. Chapter one through six are exhibits of the case against the current status quo, Capitalism. And if I see you on the other side of chapter seven, please hold my hand tightly from chapter eight through ten. Take your time to digest chapter eleven and get yourself prepared for a big slap to your face. On the closing argument, chapter twelve follows through James Tobin's recommendation: ”Good papers in economics contain surprises and stimulate further work.”

What demon possessed me to write this book? Well after walking by, giving my spare change to people blinded and asphyxiated by misery, in every country I have been lucky or cursed to travel to, I asked myself repeatedly, what else can I do?! I was tired of capitalist guardians' buffoonery, angry of the so called Karl Mark reincarnation ineptness, and tired of waiting for a superhero. I wrote this book to awake the general public consciousness and put out there a thought provoking solution to the global socio-economic plight. Stories about inequality have been told on and on. Nevertheless, I decided to stir the debate onto a new path, let's hope that I succeed. This book is for everyone who is fed up by the status quo and has been let down by the lumpenintellectuals. Let me first reassure most people who could be intimidated to pick up my book, once they hear that it is a political economic book; it is easier to answer the question of what my book is not about. There's no math nor graphs; I left it to the economic druids the need of inflating their egos and any smart asses who bamboozle the world with crazy theories that do not stand the test of real life. My book is a case against the social economic status quo, a roller-coaster ride through a volcanic ash cloud for all of us who have been busted, bruised and despondent from the current dominant form of economy: capitalism. And then, I hold the reader's hand into the new 21st century paradigm that changes everything. And right at the end, I provide a real rabble-rousing solution. I can expect that the only challenge in this book is the new terminology and concepts that I introduce to the readers that they have to adjust to, such as Ethosism.

Книги, похожие на «Cast Away : For These Reasons»