By Right of Purchase 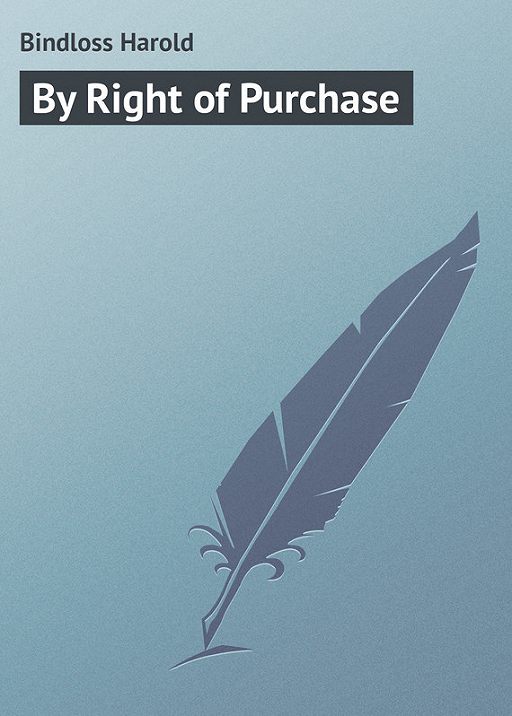 There was for the first time a chill of frost in the air, so none of the guests at Barrock-holme thought of lounging on the terrace after dinner. Some were in Denham's gun-room, some were playing cards, and only a few were left in the big drawing-room where Carrie sat at the piano. Leland stood beside her to turn the music over, a duty which was new to him and indifferently fulfilled. He had no very clear notion then or afterwards what she was singing. Still, her voice, which was indubitably good, awakened a little thrill in him. Her proximity had also an exhilarating effect, and he was lost in a whir of sensations he could not analyse as he looked down on the cold face with its crown of dusky hair and saw the gleam of ivory shoulders. This was a man who had usually so much to do that it left him little time to dissect and classify his emotions.

He did not think he was in love with Carrie Denham, so far as his ideas on that subject went; but, until he had come to England, the society of a woman of her description was an unknown thing to him. Her physical beauty appealed to him, her cold, reposeful sincerity and pride of station had made an even stronger impression, and now he was sensible of a vague admiration and compassion for her. He felt, too, a feeling of awkwardness in her presence, realising at the same time that there was nothing to warrant it.