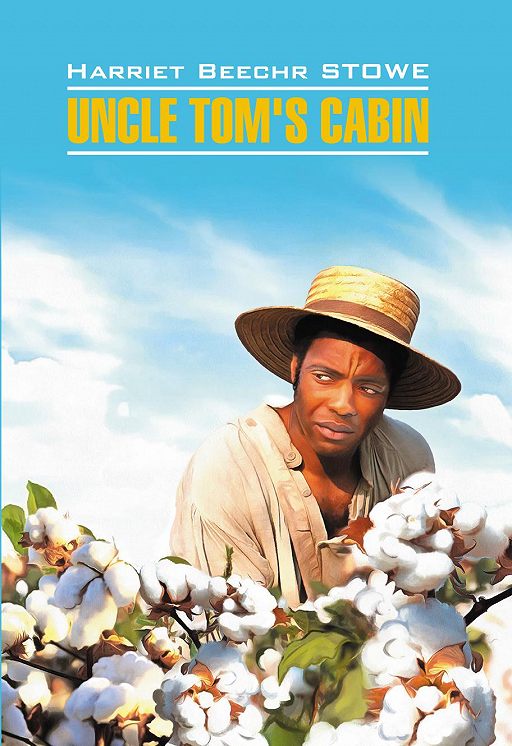 The scenes of this story, as its title indicates, lie among a race hitherto ignored by the associations of polite and refined society; an exotic race, whose ancestors, born beneath a tropic sun, brought with them, and perpetuated to their descendants, a character so essentially unlike the hard and dominant Anglo-Saxon race, as for many years to have won from it only misunderstanding and contempt.

But, another and better day is dawning; every influence of literature, of poetry and of art, in our times, is becoming more and more in unison with the great master chord of Christianity, ‘good will to man.’

The poet, the painter, and the artist, now seek out and embellish the common and gentler humanities of life, and, under the allurements of fiction, breathe a humanizing and subduing influence, favorable to the development of the great principles of Christian brotherhood.

The hand of benevolence is everywhere stretched out, searching into abuses, righting wrongs, alleviating distresses, and bringing to the knowledge and sympathies of the world the lowly, the oppressed, and the forgotten.

In this general movement, unhappy Africa at last is remembered; Africa, who began the race of civilization and human progress in the dim, gray dawn of early time, but who, for centuries, has lain bound and bleeding at the foot of civilized and Christianized humanity, imploring compassion in vain.

But the heart of the dominant race, who have been her conquerors, her hard masters, has at length been turned towards her in mercy; and it has been seen how far nobler it is in nations to protect the feeble than to oppress them. Thanks be to God, the world has at last outlived the slavetrade!

The object of these sketches is to awaken sympathy and feeling for the African race, as they exist among us; to show their wrongs and sorrows, under a system so necessarily cruel and unjust as to defeat and do away the good effects of all that can be attempted for them, by their best friends, under it.

In doing this, the author can sincerely disclaim any invidious feeling towards those individuals who, often without any fault of their own, are involved in the trials and embarrassments of the legal relations of slavery.

Experience has shown her that some of the noblest of minds and hearts are often thus involved; and no one knows better than they do, that what may be gathered of the evils of slavery from sketches like these, is not the half that could be told, of the unspeakable whole.

In the northern states, these representations may, perhaps, be thought caricatures; in the southern states are witnesses who know their fidelity. What personal knowledge the author has had, of the truth of incidents such as here are related, will appear in its time.

It is a comfort to hope, as so many of the world’s sorrows and wrongs have, from age to age, been lived down, so a time shall come when sketches similar to these shall be valuable only as memorials of what has long ceased to be.

When an enlightened and Christianized community shall have, on the shores of Africa, laws, language and literature, drawn from among us, may then the scenes of the house of bondage be to them like the remembrance of Egypt to the Israelite, – a motive of thankfulness to Him who hath[1] redeemed them!

For, while politicians contend, and men are swerved this way and that by conflicting tides of interest and passion, the great cause of human liberty is in the hands of one, of whom it is said:


“He shall not fail nor be discouraged
Till He have set judgment in the earth.”
“He shall deliver the needy when he crieth,
The poor, and him that hath no helper.”
“He shall redeem their soul from deceit and violence,
And precious shall their blood be in His sight.”

Late in the afternoon of a chilly day in February, two gentlemen were sitting alone over their wine, in a well-furnished dining parlor, in the town of P-, in Kentucky. There were no servants present, and the gentlemen, with chairs closely approaching, seemed to be discussing some subject with great earnestness.

For convenience sake, we have said, hitherto, two gentlemen. One of the parties, however, when critically examined, did not seem, strictly speaking, to come under the species. He was a short, thick-set man, with coarse, commonplace features, and that swaggering air of pretension which marks a low man who is trying to elbow his way upward in the world. He was much over-dressed, in a gaudy vest of many colors, a blue neckerchief, bedropped gayly with yellow spots, and arranged with a flaunting tie, quite in keeping with the general air of the man. His hands, large and coarse, were plentifully bedecked with rings; and he wore a heavy gold watch-chain, with a bundle of seals of portentous size, and a great variety of colors, attached to it, – which, in the ardor of conversation, he was in the habit of flourishing and jingling with evident satisfaction. His conversation was in free and easy defiance of Murray’s Grammar, and was garnished at convenient intervals with various profane expressions, which not even the desire to be graphic in our account shall induce us to transcribe.

His companion, Mr. Shelby, had the appearance of a gentleman; and the arrangements of the house, and the general air of the housekeeping, indicated easy, and even opulent circumstances. As we before stated, the two were in the midst of an earnest conversation.

“That is the way I should arrange the matter,” said Mr. Shelby.

“I can’t make trade that way – I positively can’t, Mr. Shelby,” said the other, holding up a glass of wine between his eye and the light.

“Why, the fact is, Haley, Tom is an uncommon fellow; he is certainly worth that sum anywhere, – steady, honest, capable, manages my whole farm like a clock.”

“You mean honest, as niggers go,” said Haley, helping himself to a glass of brandy.

“No; I mean, really, Tom is a good, steady, sensible, pious fellow. He got religion at a camp-meeting, four years ago; and I believe he really did get it. I’ve trusted him, since then, with everything I have, – money, house, horses, – and let him come and go round the country; and I always found him true and square in everything.”

“Some folks don’t believe there is pious niggers, Shelby,” said Haley, with a candid flourish of his hand, “but I do. I had a fellow, now, in this yer last lot I took to Orleans – ’t was as good as a meetin, now, really; to hear that critter pray; and he was quite gentle and quiet like. He fetched me a good sum, too, for I bought him cheap of a man that was ’bliged to sell out; so I realized six hundred on him. Yes, I consider religion a valeyable thing in a nigger, when it’s the genuine article, and no mistake.”

“Well, Tom’s got the real article, if ever a fellow had,” rejoined the other. “Why, last fall, I let him go to Cincinnati alone, to do business for me, and bring home five hundred dollars. ‘Tom,’ says I to him, ‘I trust you, because I think you’re a Christian – I know you would n’t cheat.’ Tom comes back, sure enough; I knew he would. Some low fellows, they say, said to him – ‘Tom, why don’t you make tracks for Canada?’ ‘Ah, master trusted me, and I could n’t,’ – they told me about it. I am sorry to part with Tom, I must say. You ought to let him cover the whole balance of the debt; and you would, Haley, if you had any conscience.”

“Well, I’ve got just as much conscience as any man in business can afford to keep, – just a little, you know, to swear by, as’t were,” said the trader, jocularly; “and, then, I’m ready to do anything in reason to ’blige friends; but this yer[2], you see, is a leetle too hard on a fellow – a leetle too hard.” The trader sighed contemplatively, and poured out some more brandy.

“Well, then, Haley, how will you trade?” said Mr. Shelby, after an uneasy interval of silence.

“Well, have n’t you a boy or gal that you could throw in with Tom?”

“Hum! – none that I could well spare; to tell the truth, it’s only hard necessity makes me willing to sell at all. I don’t like parting with any of my hands, that’s a fact.”

Here the door opened, and a small quadroon boy, between four and five years of age, entered the room. There was something in his appearance remarkably beautiful and engaging. His black hair, fine as floss silk, hung in glossy curls about his round, dimpled face, while a pair of large dark eyes, full of fire and softness, looked out from beneath the rich, long lashes, as he peered curiously into the apartment. A gay robe of scarlet and yellow plaid, carefully made and neatly fitted, set off to advantage the dark and rich style of his beauty; and a certain comic air of assurance, blended with bashfulness, showed that he had been not unused to being petted and noticed by his master.

“Hulloa, Jim Crow!” said Mr. Shelby, whistling, and snapping a bunch of raisins towards him, “pick that up, now!”

The child scampered, with all his little strength, after the prize, while his master laughed.

“Come here, Jim Crow,” said he. The child came up, and the master patted the curly head, and chucked him under the chin.

“Now, Jim, show this gentleman how you can dance and sing.” The boy commenced one of those wild, grotesque songs common among the negroes, in a rich, clear voice, accompanying his singing with many comic evolutions of the hands, feet, and whole body, all in perfect time to the music.

“Bravo!” said Haley, throwing him a quarter of an orange.

“Now, Jim, walk like old Uncle Cudjoe, when he has the rheumatism,” said his master.

Instantly the flexible limbs of the child assumed the appearance of deformity and distortion, as, with his back humped up, and his master’s stick in his hand, he hobbled about the room, his childish face drawn into a doleful pucker, and spitting from right to left, in imitation of an old man.