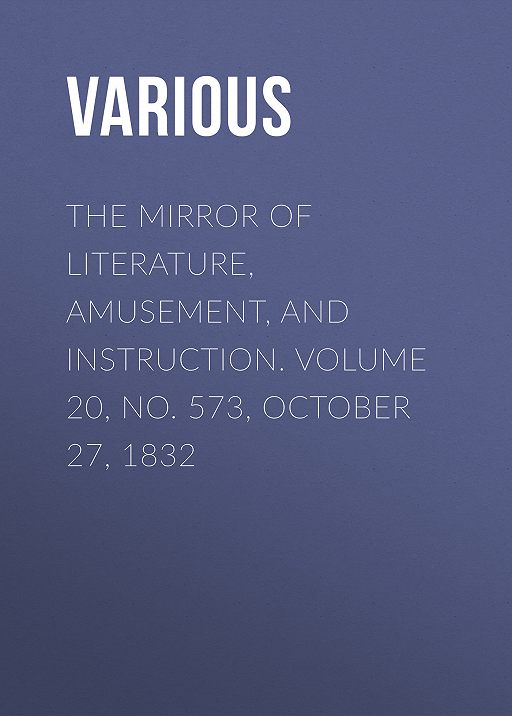 This picturesque specimen of olden architecture stands upon the Norton Lees estate, on the northern verge of Derbyshire upon the adjacent county of York; about a mile from Sheffield, and eight miles north of Chesterfield, and but a short distance from Bolsover Castle, pictured in No. 566 of The Mirror. "The estate, in the reign of Henry VII., was the property of the family of the Blythes of Norton, two of whom arrived at great honours in the church; one of them, John, being the Bishop of Salisbury, and the other, Geoffrey, Bishop of Lichfield and Coventry."1 The above was the mansion of the family: its picturesqueness is of pleasing character; and our inquiry into the probable age of the structure has naturally enough led us into a few observations upon the early domestic architecture of this country. The subject is, however, too rife with interesting details for the present occasion; so that all we now purpose is by way of reference to the specimen or illustration before us.

The house at Norton Lees has been supposed by some persons to be as old as the reign of Richard II.; but Mr. Rhodes observes, "that it was erected many years after this period can hardly be doubted." Certain features of resemblance assist its appearance of antiquity, as the wooden framework, which is observable in the oldest specimens of house-building in this country. According to Strutt, the Saxons usually built their houses of clay, kept together by wooden frames; shortly after the Norman Conquest plaster was intermixed with timber, and subsequently the basement story was made of stone. The upper apartments were so constructed as to project over the lower, and considerable ornament both in carved wood and plaster was introduced about the doors and windows and roof of the building. Nevertheless, timber, with lath and plaster, and thatch for the roofs, constituted the chief materials in the dwellings of the English from an early period till near the close of the fourteenth century and beginning of the fifteenth, when bricks began to be used in the better sort of houses.2 The mansion before us, as we have seen, is referred to the first-mentioned period. Mr. Rhodes, however, observes, "though composed of stone and wood, it is evident not one of the earliest structures of this description: it is indeed highly probable that it was built in the reign of the Seventh or Eighth Henry, but certainly not sooner. At this period the halls or family mansions of the yeomanry of the country had nearly all the same general character. Previously, but little stone was used in any of them."3; It is true that stone houses are mentioned nearly three centuries and a half before the date of the hall at Norton Lees, as settled by Mr. Rhodes; as we find them belonging to citizens of London in the reign of Henry II.; "and," observes Mr. Hallam, "though not often perhaps regularly hewn stones, yet those scattered over the soil, or dug from flint quarries, bound together with a very strong and durable cement, were employed in the construction of manorial houses, especially in the western counties and other parts where that material is easily procured. Harrison says, that few of the houses of the commonalty, except here and there in the west country towns, were made of stone. This was about 1570. Gradually, even in timber buildings, the intervals of the main beams were occupied by stone walls, or where stone was expensive, by mortar or plaster, intersected by horizontal or diagonal beams, grooved into the principal piers. This mode of building continued for a long time, and is familiar to our eyes in the older streets of the metropolis, and in many parts of the country."4 Harrison, just quoted, says, "the ancient manours and houses of our gentlemen are yet and for the most part of strong timber, in framing whereof our carpenters have been and are worthily preferred before those of like science among all other nations. Howbeit, such as are lately builded are either of brick or hard stone, or of both."

The "Hall" before us may but ill accord with the present idea of one of these ancient residences; but, to explain away this error, it may be necessary to show in what respects the earliest "halls" (of which but few specimens are extant,) differed from those which remain in considerable numbers, to this day. A passage to this point will be found in Mr. Hallam's valuable work. "It is," observes this able historical writer, "an error to suppose that the English gentry were lodged in stately or even in well-sized houses. Generally speaking, their dwellings were almost as inferior to those of their descendants in capacity as they were in convenience. The usual arrangement consisted of an entrance-passage running through the house, with a hall on one side, a parlour beyond, and one or two chambers above, and on the opposite side, a kitchen, pantry, and other offices."5 Such was the ordinary manor-house of the fifteenth and sixteenth centuries, as appears not only from the documents and engravings, but as to the latter period from the buildings themselves, sometimes, though not very frequently, occupied by families of consideration, more often converted into farm-houses, or distinct tenements. Larger structures were erected by men of great estates, during the reigns of Henry VI. and Edward IV.; but very few can be traced higher; and such has been the effect of time, still more through the advance or decline of families, and the progress of architectural improvement, than the natural decay of these buildings, that I should conceive it difficult to name a house in England, still inhabited by a gentleman, and not belonging to the order of castles, the principal apartments of which are older than the reign of Henry VII. The instances at least must be extremely few. Single rooms, windows, doorways, &c. of an earlier date, may perhaps not unfrequently be found; but such instances are always to be verified by their intrinsic evidence, not by the tradition of the place.6

It need scarcely be remarked, in conclusion, that the Hall at Norton Lees, as it appears to the reader, conveys but an imperfect idea of the ancient structure. The walls of the lower story entirely of stone, and the upper, stone and plaster intersected by wood, are original, as is probably the enriched gable, with the pinnacled ornament at its apex; beneath was originally a small bay window, which has been stopped up: the other gable, it is reasonable to conclude, once possessed similar enrichments. The chimneys are modern, since they are neither pyramidal in their terminations, as was the fashion of the 14th and 15th centuries, nor have they the long polygonal shafts of the Elizabethan and subsequent periods, which has caused chimneys to be characteristically termed "the wind-pipes of hospitality." The "Hall" would likewise appear to be divided into two tenements, which but ill assorts with its original appropriation; though we are not to consider these deviations as affecting the architectural character or identity.

A person named Goldsmith, who stated himself to be a nephew of the great Oliver Goldsmith, died a short time since of cholera, in the country. A correspondent of the Morning HeraldMorning Herald observes, the assertion may be true, and states that Dr. Goldsmith had a brother, whose name he thinks was Charles, and whom he met in public company about thirty years since. In person he resembled the poet, and was a man of some pleasantry, sang a tolerable song, and, like his brother, had a good deal of oddity in his manner. He then resided at Somer's Town, and as the correspondent was informed, had been many years in the West Indies, whence he came to England possessed of a small independence. Some years since the correspondent made inquiry at Somer's Town for Charles Goldsmith, but was told that he had left his residence there for some years. He is anxious for some information respecting the latter history of the poet's brother: he has a faint idea of hearing he had some children by a native of the West Indies,