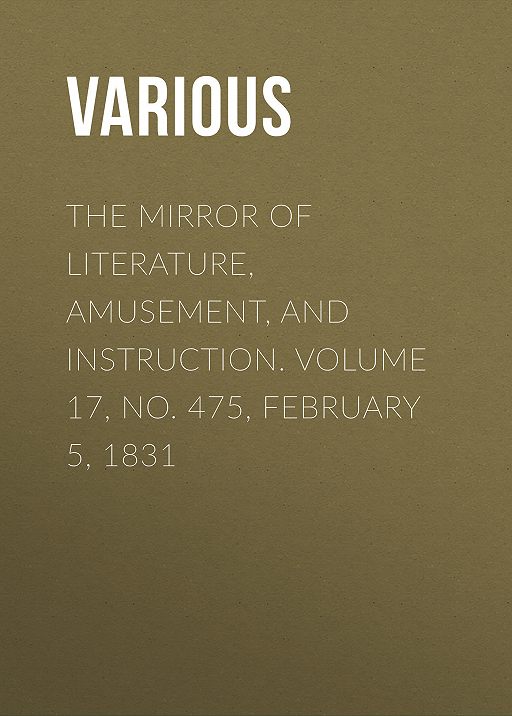 They who draw their notions of royal enjoyment from the tinsel of its external trappings, will scarcely believe the above cottage to have been the residence of an English princess. Yet such was the rank of its occupant but a few years since, distant as may be the contrast of courts and cottages, and the natural enjoyment of rural life from the artificial luxury—the painted pomp and idle glitter of regal state.

The above cottage stands in the grounds of Grove House, adjoining the churchyard of Old Windsor. It was built under the superintendent taste of the Princess Elizabeth,1 second sister of the present King, and now known as the Landgravine of Hesse Homburg. To the decoration of this cottage the Princess paid much attention: it is quite in the ornée style; and its situation is so beautiful as to baffle all embellishment.

Grove House, the seat of Lady Dowager Onslow, of whom the Princess purchased the whole property, was built by Mr. Bateman, uncle to the eccentric Lord Bateman. This gentleman made it a point in his travels to notice everything that pleased him in the monasteries abroad; and, on his return to England, he built this house; the bedchamber being contrived, like the cells of monks, with a refectory, and every other appendage of a monastery; even to a cemetery, and a coffin, inscribed with the name of a supposititious ancient bishop. Some curious Gothic chairs, bought at a sale of the curiosities in this house, are now at Strawberry Hill.

Old Windsor gives rise to many more interesting reminiscences; and few who "suck melancholy from a song" would exchange its sombre churchyard for the gayest field of fancy. We may be there anon.

Sir Walter Scott, in his history of Demonology and Witchcraft, has omitted a tradition which is still popular in Cheshire, and which from its close resemblance to one of the Scottish legends related by that writer, gives rise to many interesting conjectures respecting the probable causes of such a superstition being believed in countries with apparently so little connexion or intercourse, as Cheshire and Scotland. The facts of Sir Walter's narration are as follow: vide Demonology and Witchcraft, p. 133.

"A daring horse jockey having sold a horse to a man of venerable and antique appearance, had a remarkable hillock on the Eildon Hills, called Lucken Hare, appointed as the place where, at twelve o'clock at night, he should receive the price. He came, the money was paid in an ancient coin, and he was invited by the purchaser to view his residence. The trader followed his guide through several long ranges of stalls, in each of which a horse stood motionless, while an armed warrior lay equally still at his charger's feet. 'All these men,' said the wizard in a whisper, 'will awaken at the battle of Sheriffmoor.' A horn and a sword hung suspended together at one extremity of the chamber. The former the jockey seized, and having sounded it, the horses stamped, the men arose and clashed their armour; while a voice like that of a giant pronounced these words:—


"Woe to the coward that ever he was born,
Who did not draw the sword before he blew the horn."

Subsequent to this, Sir Walter proceeds to the relation of another kindred tradition, the incidents of which do not materially differ from those of the preceding. The scene of the Cheshire legend is placed in the neighbourhood of Macclesfield, in that county, and the sign of a public-house on Monk's Heath may have arrested the attention of many travellers from London to Liverpool. This village hostel is known by the designation of the Iron Gates. The sign represents a pair of ponderous gates of that metal, opening at the bidding of a figure, enveloped in a cowl; before whom kneels another, more resembling a modern yeoman than one of the 12th or 13th century, to which period this legend is attributed. Behind this person is a white horse rearing, and in the back ground a view of Alderley Edge. The story is thus told of the tradition to which the sign relates:

The Iron Gates, or the Cheshire Enchanter

A farmer from Mobberley was riding on a white horse over the heath, which skirts Alderley Edge. Of the good qualities of his steed he was justly proud; and while stooping down to adjust its mane, previously to his offering it for sale at Macclesfield, he was surprised by the sudden starting of the animal. On looking up he perceived a figure of more than common height, enveloped in a cowl, and extending a staff of black wood across his path. The figure addressed him in a commanding voice; told him that he would seek in vain to dispose of his steed, for whom a nobler destiny was in store, and bade him meet him when the sun had set, with his horse, at the same place. He then disappeared. The farmer resolving to put the truth of this prediction to the test, hastened on to Macclesfield Fair, but no purchaser could be obtained for his horse. In vain he reduced his price to half; many admired, but no one was willing to be the possessor of so promising a steed. Summoning, therefore, all his courage, he determined to brave the worst, and at sunset reached the appointed place. The monk was punctual to his appointment. Follow me, said he, and led the way by the Golden Stone, Stormy Point, to Saddle Bole.2 On their arrival at this last named spot, the neigh of horses seemed to arise from beneath their feet. The stranger waved his wand, the earth opened and disclosed a pair of ponderous iron gates. Terrified at this, the horse plunged and threw his rider, who kneeling at the feet of his fearful companion, prayed earnestly for mercy. The monk bade him fear nothing, but enter the cavern, and see what no mortal eye ever yet beheld. On passing the gates he found himself in a spacious cavern, on each side of which were horses, resembling his own, in size and colour. Near these lay soldiers accoutred in ancient armour, and in the chasms of the rock were arms, and piles of gold and silver. From one of these the enchanter took the price of the horse in ancient coin, and on the farmer asking the meaning of these subterranean armies, exclaimed, "These are caverned warriors preserved by the good genius of England, until that eventful day, when distracted by intestine broils, England shall be thrice won and lost between sunrise and sunset. Then we awakening from our sleep, shall rise to turn the fate of Britain. This shall be when George, the son of George, shall reign. When the Forests of Delamere shall wave their arms over the slaughtered sons of Albion. Then shall the eagle drink the blood of princes from the headless cross (query corse.) Now haste thee home, for it is not in thy time these things shall be. A Cestrian shall speak it, and be believed." The farmer left the cavern, the iron gates closed, and though often sought for, the place has never again been found.

The latter part of the monk's prophecy has been fulfilled. Nixon, the well-known Cheshire seer foretold the same events in nearly the same words; but the belief in his dreams of futurity, has been much diminished by the decease of our late monarch. Recourse has been had, as in other works of greater moment, to various readings, and the