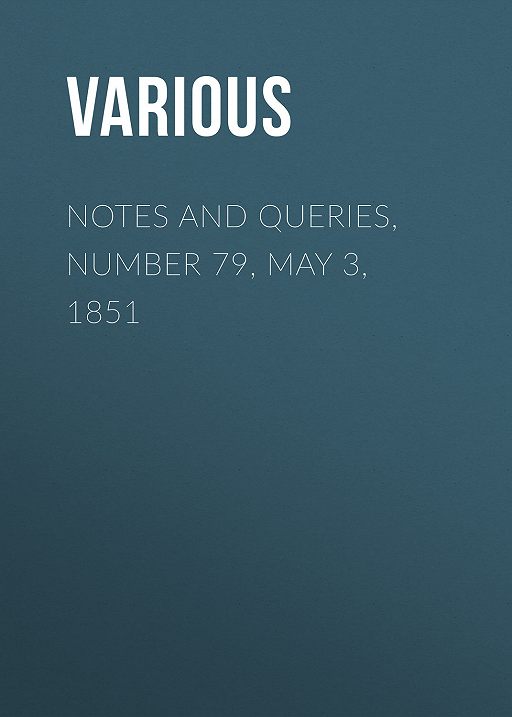 ILLUSTRATIONS OF CHAUCER NO. V

The Arke of Artificial Day.

Before proceeding, to point out the indelible marks by which Chaucer has, as it were, stereotyped the true date of the journey to Canterbury, I shall clear away another stumbling-block, still more insurmountable to Tyrwhitt than his first difficulty of the "halfe cours" in Aries, viz. the seeming inconsistency in statements (1.) and (2.) in the following lines of the prologue to the Man of Lawe's tale:—

The difficulty will be best explained in Tyrwhitt's own words:—

"Unfortunately, however, this description, though seemingly intended to be so accurate, will neither enable us to conclude with the MSS. that it was 'ten of the clock,' nor to fix upon any other hour; as the two circumstances just mentioned are not found to coincide in any part of the 28th, or of any other day of April, in this climate."—Introductory Discourse, § xiv.

In a foot-note, Tyrwhitt further enters into a calculation to show that, on the 28th of April, the fourth part of the day and half an hour and more (even with the liberal allowance of a quarter of an hour to the indefinite phrase 'and more') would have been completed by nine o'clock A.M. at the latest, and therefore at least an hour too soon for coincidence with (2.).

Now one would think that Tyrwhitt, when he found his author relating facts, "seemingly intended to be so accurate," would have endeavoured to discover whether there might not be some hidden meaning in them, the explaining of which might make that consistent, which, at first, was apparently the reverse.

Had he investigated with such a spirit, he must have discovered that the expression "arke of the artificial day" could not, in this instance, receive its obvious and usual meaning, of the horary duration from sunrise to sunset—

And for this simple reason: That such a meaning would presuppose a knowledge of the hour—of the very thing in request—and which was about to be discovered by "our hoste," who "toke his wit" from the sun's altitude for the purpose! But he knew already that the fourth part of the day IN TIME had elapsed, he must necessarily have also known what that time was, without the necessity of calculating it!

Now, Chaucer, whose choice of expression on scientific subjects is often singularly exact, says, "Our hoste saw that the sonne," &c.; he must therefore have been referring to some visible situation: because, afterwards, when the time of day has been obtained from calculation, the phrase changes to "gan conclude" that it was ten of the clock.

It seems, therefore, certain that, even setting aside the question of consistency between (1.) and (2.), we must, upon other grounds, assume that Chaucer had some meaning in the expression "arke of the artificial day," different from what must be admitted to be its obvious and received signification.

To what other ark, then, could he have been alluding, if not to the horary diurnal ark?

I think, to the Azimuthal Arch of the Horizon included between the point of sunrise and that of sunset!

The situation of any point in that arch is called its bearing; it is estimated by reference to the points of the compass; it is therefore visually ascertainable: and it requires no previous knowledge of the hour in order to determine when the sun has completed the fourth, or any other, portion of it.

Here, then, is primâ facie probability established in favour of this interpretation. And if, upon examination, we find that it also clears away the discrepancy between (1.) and (2.), probability becomes certainty.

Assuming, upon evidence which I shall hereafter explain, that the sun's declination, on the day of the journey, was 13° 26' North, or thirteen degrees and half,—the sun's bearing at rising, in the neighbourhood of London, would be E.N.E., at setting W.N.W.; the whole included arch, 224°; and the time at which the sun would complete one-fourth, or have the bearing, S.E. by E., would be about 20 minutes past nine A.M.,—thus leaving 40 minutes to represent Chaucer's "halfe an hour and more!"

A very remarkable approximation—which converts a statement apparently contradictory, into a strong confirmation of the deduction to be obtained from the other physical facts grouped together by Chaucer with such extraordinary skill!

On the other hand, it is impossible to deny that the "hoste's" subsequent admonition to the pilgrims to make the best use of their time, warning them that "the fourthe partie of this day is gon," seems again to favour the idea that it is the day's actual horary duration that is alluded to.

This can be only hypothetically accounted for by observing that in this, as in many other instances, Chaucer seems to delight in a sort of disguised phraseology; as though to veil his true meaning, and designedly to create scientific puzzles to exercise the knowledge and discernment of his readers.

I doubt not many of your readers will have been as much amused as myself with the choice specimens of Foreign English enshrined in your pages. When at Amsterdam, some years since, I purchased a Guide to that city, which I regard as a considerable literary curiosity in the same line. It was published at Amsterdam, by E. Maascamp, in 1829, and contains from beginning to end a series of broken English, professing all the while to be written by an Englishman.

It commences with the following "Advertisement:"

"The city of Amsterdam—remarkable as being one of the chief metropoles of Europe, and as being in many respects the general market of whole the universe; justly celebrated for—its large interior canals, on both of their sides enlivened and sheltered by ranges of large, thick, and beautiful trees, and presenting, on large broad and neatly kept, most regularly pav'd quays, long chains of sumptuous habitations, or rather palaces of the principal and weathy merchants; moreover remarkable by its Museum for the objects of the fine arts, &c., its numberless public edifices adapted either to the cultivation of arts, or to the exertions of trade, or to establishments charitable purposes, or of temples of all manners of divine worship—the city of Amsterdam, we say," &c. It is dated "This 15the of Juin, 1829."

"I live in Amsterdam since some considerable time I drink no strong liquors, nor do I smoke tobacco and with all this—I have not been attacked by those agues and fevers wh frequently reign here from the month of Juin to the end of the autumn: and twenty foreigners whom I know, do follow the same system, and are still as healthy as I myself; while I have seen a great many of natives taking their drams and smoking their pipes ad libitem, and moreover chawing tobacco in a quite disgusting manner, who," &c.

"On sundays and holydays the shops and warehouses, and, intra muros, those of public entertainment are close: the devotees go to church, and sanctify the sabbath. Others go to walk outside the towngates: after their walk, they hasten to fine public-play-gardens, where wine, thea, &c. is sold. Neither the mobility remains idle at these entertainments. Every one invites his damsel, and joyously they enter play-gardens of a little less brilliancy than the former. There, at the crying sound of an instrument that rents the ear, accompanied by the delightful handle-organs and the rustic triangle, their tributes are paid to Terpsichore; every where a similitude of talents: the dancing outdoes not the musician."

Description of the Assize Court:

"The forefront has a noble and sublime aspect, and is particularly characteristical to what it ought to represent. It is built in a division of three fronts in the corinthic order: each of them consists in four raizing columns, resting upon a general basement, from the one end of the forefront to the other, and supporting a cornish, equally running all over the face; upon this cornish rests a balustrad, like the other pieces altogether of Bremen-hardstone. The middle front, serving for the chief entrance, is adorned with the provincial arms, sculpted by Mr. Gabriel, &c.... Every where a sublime plan, and exact execution is exhibited here, and the whole tends as much to the architects, who are the undertakers of it, as they have earned great praizes by building anew the burnt Lutheran church."

I will not trespass on your space by any further extracts; but these will suffice to show that my book is sui generis, and worth commemoration.