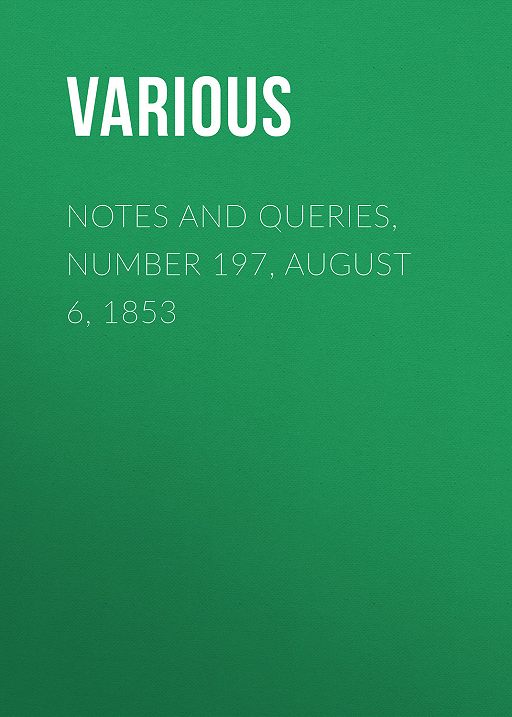 A Universal History of Party; with the Origin of Party Names 1 would form an acceptable addition to literary history: "N. & Q." has contributed towards such a work some disquisitions on our party names Whig and Tory, and The Good Old Cause. Such names as Puritan, Malignant, Evangelical2, can be traced up to their first commencement, but some obscurity hangs on the mintage-date of the names we are about to consider.

As a matter of fact, the distinction of High Church and Low Church always existed in the Reformed English Church, and the history of these parties would be her history. But the names were not coined till the close of the seventeenth century, and were not stamped in full relief as party-names till the first year of Queen Anne's reign.

"From the deputies in Convocation at this period, the appellations High Church and Low Church originated, and they were afterwards used to distinguish the clergy. It is singular that the bishops3 were ranked among the Low Churchmen (see Burnet, v. 138.; Calamy, i. 643.; Tindal's Cont., iv. 591.)"—Lathbury's Hist. of the Convocation, Lond. 1842, p. 319.

Mr. Lathbury is a very respectable authority in matters of this kind, but if he use "originated" in its strict sense, I am inclined to think he is mistaken; as I am tolerably certain that I have met with the words several years before 1702. At the moment, however, I cannot lay my hands on a passage to support this assertion.

The disputes in Convocation gave rise to a number of pamphlets, such as A Caveat against High Church, Lond. 1702, and The Low Churchmen vindicated from the unjust Imputation of being No Churchmen, in Answer to a Pamphlet called "The Distinction of High and Low Church considered:" Lond. 1706, 8vo. Dr. Sacheverell's trial gave additional zest to the dudgeon ecclesiastick, and produced a shower of pamphlets. I give the title of one of them: Pulpit War, or Dr. S–l, the High Church Trumpet, and Mr. H–ly, the Low Church Drum, engaged by way of Dialogue, Lond. 1710, 8vo.

To understand the cause of the exceeding bitterness and virulence which animated the parties denominated High Church and Low Church, we must remember that until the time of William of Orange, the Church of England, as a body—her sovereigns and bishops, her clergy and laity—comes under the former designation; while those who sympathised with the Dissenters were comparatively few and weak. As soon as William was head of the Church, he opened the floodgates of Puritanism, and admitted into the church what previously had been more or less external to it. This element, thus made part and parcel of the Anglican Church, was denominated Low Church. William supplanted the bishops and clergy who refused to take oaths of allegiance to him as king de jure; and by putting Puritans in their place, made the latter the dominant party. Add to this the feelings of exasperation produced by the murder of Charles I., and the expulsion of the Stuarts, and we have sufficient grounds, political and religious, for an irreconcilable feud. Add, again, the reaction resulting from the overthrow of the tyrannous hot-bed and forcing-system, where a sham conformity was maintained by coercion; and the Church-Papist, as well as the Church-Puritans, with ill-concealed hankering after the mass and the preaching-house, by penal statutes were forced to do what their souls abhorred, and play the painful farce of attending the services of "The Establishment."

A writer in a High Church periodical of 1717 (prefacing his article with the passage from Proverbs vi. 27.) proceeds:

"The old way of attacking the Church of England was by mobs and bullies, and hard sounds; by calling Whore, and Babylon, upon our worship and liturgy, and kicking out our clergy as dumb dogs: but now they have other irons in the fire; a new engine is set up under the cloak and disguise of temper, unity, comprehension, and the Protestant religion. Their business now is not to storm the Church, but to lull it to sleep: to make us relax our care, quit our defences, and neglect our safety.... These are the politics of their Popish fathers: when they had tried all other artifices, they at last resolved to sow schism and division in the Church: and from thence sprang up this very generation, who by a fine stratagem endeavoured to set us one against the other, and they gather up the stakes. Hence the distinction of High and Low Church."—The Scourge, p. 251.

In another periodical of the same date, in the Dedication "To the most famous University of Oxford," the writer says:

"These enemies of our religious and civil establishment have represented you as instillers of slavish doctrines and principles … if to give to God and Cæsar his due be such tow'ring, and High Church principles, I am sure St. Peter and St. Paul will scarce escape being censured for Tories and Highflyers."—The Entertainer, Lond. 1717.

"If those who have kept their first love, and whose robes have not been defiled, endeavour to stop these innovations and corruptions that their enemies would introduce, they are blackened for High Church Papists, favourers of I know not who, and fall under the public resentment."—Ib. p. 301.

I shall now give a few extracts from Low Church writers (quoted in The Scourge), who thus designate their opponents:

"A pack or party of scandalous, wicked, and profane men, who appropriate to themselves the name of High Church (but may more properly be said to be Jesuits or Papists in masquerade), do take liberty to teach, preach, and print, publickly and privately, sedition, contentions, and divisions among the Protestants of this kingdom."—Motives to Union, p. 1.

"These men glory in their being members of the High Church (Popish appellation, and therefore they are the more fond of that); but these pretended sons are become her persecutors, and they exercise their spite and lies both on the living and the dead."—The Snake in the Grass brought to Light, p. 8.

"Our common people of the High Church are as ignorant in matters of religion as the bigotted Papists, which gives great advantage to our Jacobite and Tory priests to lead them where they please, or to mould them into what shapes they please."—Reasons for an Union, p. 39.

"The minds of the populace are too much debauched already from their loyalty by seditious arts of the High Church faction."—Convocation Craft, p. 34.

"We may see how closely our present Highflyers pursue the steps of their Popish predecessors, in reckoning those who dispute the usurped power of the Church to be hereticks, schismaticks, or what else they please."—Ib. p. 30.

"All the blood that has been spilt in the late unnatural rebellion, may be very justly laid at the doors of the High Church clergy."—Christianity no Creature of the State, p. 16.

"We see what the Tory Priesthood were made of in Queen Elizabeth's time, that they were ignorant, lewd, and seditious: and it must be said of 'em that they are true to the stuff still."—Toryism the Worst of the Two, p. 21.

"The Tories and High Church, notwithstanding their pretences to loyalty, will be found by their actions to be the greatest rebels in nature."—Reasons for an Union, p. 20.

"Towards the end of Charles the Second's reign, the High-Church-men and the Catholics regarded themselves as on the same side in political questions, and not greatly divided in their temporal interests. Both were sufferers in the plot, both were enemies of the sectaries, both were adherents of the Stuarts. Alternate conversion had been common between them, so early as since Milton made a reproach to the English Universities of the converts to the Roman faith daily made within their colleges: of those sheep—


'Whom the grim wolf with privy paw
Daily devours apace, and nothing said.'"

I quote this passage partly because it gives Sir Walter's interpretation of that obscure passage in Lycidas, respecting which I made a Query (Vol. ii., p. 246.), but chiefly as a preface to the remark that in James II.'s reign, and at the time these party names originated, the Roman Catholics were in league with the Puritans or Low Church party against the High Churchmen, which increased the acrimony of both parties.

In those days religion was politics, and politics religion, with most of the belligerents. Swift, however, as if he wished to be thought an exception to the general rule, chose one party for its politics and the other for its religion.

"Swift carried into the ranks of the Whigs the opinions and scruples of a High Church clergyman… Such a distinction between opinions in Church and State has not frequently existed: the High Churchmen being usually Tories, and the Low Church divines universally Whigs."—Scott's Life, 2nd edit.: Edin. 1824, p. 76.

See Swift's Discourse of the Contests and Dissensions between the Nobles and Commons of Athens and Rome: Lond. 1701.

In his quaint Argument against abolishing Christianity, Lond. 1708, the following passage occurs:

"There is one advantage, greater than any of the foregoing, proposed by the abolishing of Christianity: that it will utterly extinguish parties among us by removing those factious distinctions of High and Low Church, of Whig and Tory, Presbyterian and Church of England."

Scott says of the Tale of a Tub:

"The main purpose is to trace the gradual corruptions of the Church of Rome, and to exalt the English Reformed Church at the expense both of the Roman Catholic and Presbyterian establishments. It was written with a view to the interests of the High Church party."—Life, p. 84.

Most men will concur with Jeffrey, who observes:

"It is plain, indeed, that Swift's High Church principles were all along but a part of his selfishness and ambition; and meant nothing else, than a desire to raise the consequence of the order to which he happened to belong. If he had been a layman, we have no doubt he would have treated the pretensions of the priesthood as he treated the persons of all priests who were opposed to him, with the most bitter and irreverent disdain."—Ed. Rev., Sept. 1846.

The following lines are from a squib of eight stanzas which occurs in the works of Jonathan Smedley, and are said to have been fixed on the door of St. Patrick's Cathedral on the day of Swift's instalment (see Scott, p. 174.):


"For High Churchmen and policy,
He swears he prays most hearty;
But would pray back again to be
A Dean of any party."

This reminds us of the Vicar of Bray, of famous memory, who, if I recollect aright, commenced his career thus:


"In good King Charles's golden days,
When loyalty no harm meant,
A zealous High Churchman I was,
And so I got preferment."

How widely different are the men we see classed under the title High Churchmen! Evelyn and Walton4, the gentle, the Christian; the arrogant Swift, and the restless Atterbury.

It is difficult to prevent my note running beyond the limits of "N. & Q.," with the ample materials I have to select from; but I cannot wind up without a definition; so here are two:

"Mr. Thelwall says that he told a pious old lady, who asked him the difference between High Church and Low Church, 'The High Church place the Church alcove Christ, the Low Church place Christ above the Church.' About a hundred years ago, that very same question was asked of the famous South:—'Why,' said he, 'the High Church are those who think highly of the Church, and lowly of themselves; the Low Church are those who think highly of themselves, and lowly of the Church."—Rev. H. Newland's Lecture on Tractarianism, Lond. 1852, p. 68.

The most celebrated High Churchmen who lived in the last century, are Dr. South, Dr. Samuel Johnson, Rev. Wm. Jones of Nayland, Bp. Horne, Bp. Wilson, and Bp. Horsley. See a long passage on "High Churchmen" in a charge of the latter to the clergy of St. David's in the year 1799, pp. 34. 37. See also a charge of Bp. Atterbury (then Archdeacon of Totnes) to his clergy in 1703.