Lippincott's Magazine of Popular Literature and Science, Volume 15, No. 87, March, 1875 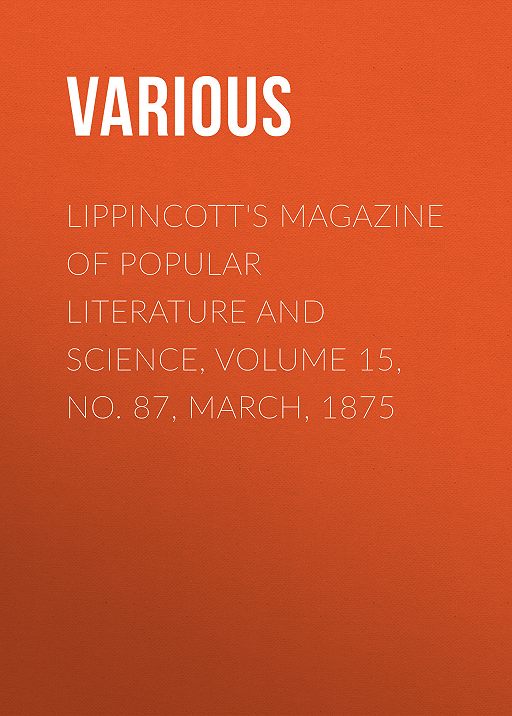 AN ESCAPE FROM SIBERIA

All the languages of continental Europe have some phrase by which a parting people express the hope of meeting again. The French au revoir, the Italian à rivederla, the Spanish hasta mañana, the German Auf Wiedersehen,—these and similar forms, varied with the occasion, have grown from the need of the heart to cheat separation of its pain. The Poles have an expression of infinitely deeper meaning, which embodies all that human nature can utter of grief and despair—"To meet nevermore." This is the heart-rending farewell with which the patriot exiled to Siberia takes leave of family and friends.

There is indeed little chance that he will ever again return to his country and his home. Since Beniowski the Pole made his famous romantic flight from the coal-mines of Kamschatka in the last century, there has been but a single instance of a Siberian exile making good his escape. In our day, M. Rufin Piotrowski, also a Polish patriot, has had the marvelous good-fortune to succeed in the all but impossible attempt; and he has given his story to his countrymen in a simple, unpretending narrative, which, even in an abridged form, will, we think, be found one of thrilling interest.

In January, 1843, we find Piotrowski in Paris, a refugee for already twelve years, and on the eve of a secret mission into Poland of which he gives no explanation. By means of an American acquaintance he procured a passport from the British embassy describing him as Joseph Catharo of Malta: he spoke Italian perfectly, English indifferently, and was thus well suited to support the character of an Italian-born subject of Queen Victoria. Having crossed France, Germany, Austria and Hungary in safety, he reached his destination, the town of Kamenitz in Podolia, on the Turkish frontier. His ostensible object was to settle there as a teacher of languages, and on the strength of his British passport he obtained the necessary permission from the police before their suspicions had been roused. He also gained admission at once into the society of the place, where, notwithstanding his pretended origin, he was generally known as "the Frenchman," the common nickname for a foreigner in the Polish provinces. He had soon a number of pupils, some of them Poles—others, members of the families of Russian resident officials. He frequented the houses of the latter most, in order not to attract attention to his intercourse with his compatriots. He spoke Russian fluently, but feigned total ignorance both of that and his own language, and even affected an incapacity for learning them when urged to do so by his scholars. Among the risks to which this exposed him was the temptation of cutting short a difficult explanation in his lessons by a single word, which would have made the whole matter clear. But this, although the most frequent and vexatious, was not the severest trial of his incognito. One day, while giving a lesson to two beautiful Polish girls, daughters of a lady who had shown him great kindness, the conversation turned upon Poland: he spoke with an indifference which roused the younger to a vehement outburst on behalf of her country. The elder interrupted her sharply in their native language with, "How can you speak of holy things to a hare-brained Frenchman?" At another Polish house, a visitor, hearing that M. Catharo was from Paris, was eager to ask news of his brother, who was living there in exile: their host dissuaded him, saying, "You know that inquiries about relations in exile are strictly forbidden. Take care! one is never safe with a stranger." Their unfortunate fellow-countryman, who knew the visitor's brother very well, was forced to bend over a book to hide the blood which rushed to his face in the conflict of feeling. He kept so close a guard upon himself that he would never sleep in the room with another person—which it was sometimes difficult to avoid on visits to neighboring country-seats—lest a word spoken in his troubled slumbers should betray him. He passed nine months in familiar relations with all the principal people of the place, his nationality and his designs being known to but very few of his countrymen, who kept the secret with rigid fidelity. At length, however, he became aware that he was watched; the manner of some of his Russian friends grew inquiring and constrained; he received private warnings, and perceived that he was dogged by the police. It was not too late for flight, but he knew that such a course would involve all who were in his secret, and perhaps thousands of others, in tribulation, and that for their sakes it behooved him to await the terrible day of reckoning which was inevitably approaching. The only use to which he could turn this time of horrible suspense was in concerting a plan of action with his colleagues. His final interview with the chief of them took place in a church at the close of the short winter twilight on the last day of the year. After agreeing on all the points which they could foresee, they solemnly took leave of each other, and Piotrowski was left alone in the church, where he lingered to pray fervently for strength for the hour that was at hand.

The next morning at daybreak he was suddenly shaken by the arm: he composed himself for the part he was to play, and slowly opened his eyes. His room was filled with Russian officials: he was arrested. He protested against the outrage to a British subject, but his papers were seized, he was carried before the governor of the place, and after a brief examination given into the custody of the police.

He was examined on several successive days, but persisted in his first story, although aware that his identity was known, and that the information had come from St. Petersburg. His object was to force the authorities to confront him with those who had been accused on his account, that they might hear his confession and regulate their own accordingly. One day a number of them were brought together—some his real accomplices, others mere acquaintance. After the usual routine of questions and denials, Piotrowski suddenly exclaimed in Polish, as one who can hold out no longer, "Well, then, yes! I am no British subject, but a Pole of the Ukraine. I emigrated after the revolution of 1831: I came back because I could bear a life of exile no longer, and I only wished to breathe my native air. I came under a false name, for I could not have come in my own. I confided my secret to a few of my countrymen, and asked their aid and advice: I had nothing else to ask or tell them."

The preliminary interrogatories concluded, he was sent for a more rigid examination to the fortress of Kiow. He left Kamenitz early in January at midnight, under an escort of soldiers and police. The town was dark and silent as they passed through the deserted streets, but he saw lights in the upper windows of several houses whose inmates had been implicated in his accusation. Was it a mute farewell or the sign of vigils of anguish? They traveled all night and part of the next day: their first halt was at a great state prison, where Piotrowski was for the first time shut up in a cell. He was suffering from the excitement through which he had been passing, from the furious speed of the journey, which had been also very rough, and from a slight concussion of the brain occasioned by one of the terrible jolts of the rude vehicle: a physician saw him and ordered repose. The long, dark, still hours of the night were gradually calming his nerves when he was disturbed by a distant sound, which he soon guessed to be the clanking of chains, followed by a chant in which many voices mingled. It was Christmas Eve, old style, as still observed in some of the provinces, and the midnight chorus was singing an ancient Christmas hymn which every Polish child knows from the cradle. For twelve years the dear familiar melody had not greeted his ears, and now he heard it sung by his captive fellow-countrymen in a Russian dungeon.

Lippincott's Magazine of Popular Literature and Science, Volume 15, No. 87, March, 1875