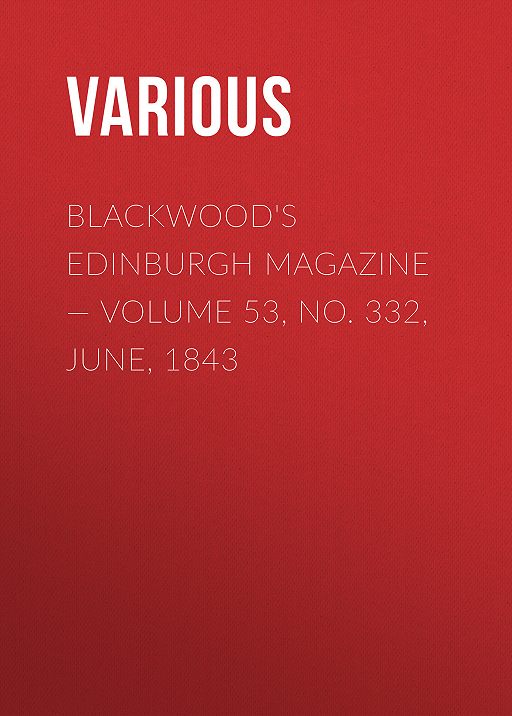 MARSTON; OR, THE MEMOIRS OF A STATESMAN

Why I give the world a sketch of my career through it, is not among the discoveries which I intend to make. I have been a public man; let those who know public life imagine what interest may be felt in reviewing the scenes and struggles of which such a life is full. May there not be a pleasure in conceiving once again the shapes and circumstances of things, as one sitting by his fireside sees castles and cottages, men, women, and children in the embers, and shapes them the better for the silence and the solitude round him? Let the reader take what reason he will. I have seen the world, and fought my way through it; have stumbled, like greater men, have risen, like lesser; have been flung into the most rapid current of the most hurried, wild, and vivid time that the world has ever seen—I have lived through the last fifty years. In all the vigour of my life, I have mingled in some of the greatest transactions, and been mingled with some of the greatest men, of my time. Like one who has tumbled down Niagara, and survived the fall, though I have reached still water, the roar of the cataract is yet in my ears; and I can even survey it with a fuller gaze, and stronger sense of its vastness and power, than, when I was rolling down its precipice.

I have been soldier, adventurer, traveller, statesman. I have been lover, husband, father—poor and opulent; obscure and conspicuous. There are few sensations of our nature, or circumstances of our life, which I have not undergone. Alternately suffering to the verge of ruin, and enjoying like an epicurean deity: I have been steeped in poverty to the lips; I have been surcharged with wealth. I have sacrificed, and fearfully, to the love of power; I have been disgusted with its possession. I figured in the great Babel until I loved even its confusion of tongues; I grew weary of it, until I hated the voice of man.

Every man is born for a special purpose, and with a special passion. The multitude, possessing both, exhibit neither; they are flung, or choose to be flung, into the pond, where they float only to perish, like blind puppies. But there are others who stem the great tide, and are only the stronger for the struggle. From my first sense, the passion to be known and felt, nay, at the expense of being feared, was my impulse. It has been the impulse of all men who have ever impressed the world. With great talents it is all-commanding: the thunderbolt in the hands of Jove. Even with inferior faculties, and I make no pretence of mine, it singularly excites, urges, and animates. When the prophet saw the leopard winged, he saw a miracle; I claim for my powers only those of the muscle and sinew.

Ambition was the original passion of my nature. It rose before me, as the sun ascends before the Indian, until its fire drives him to the shade. I, too, have been scorched, have shrunk, and now I regret my shrinking. But time deals alike with all. I can now amuse myself only by images of the past; and, in the darkness and solitude of years, I take their Magic Lantern, and replace life by the strange, wild, and high-coloured extravagances, the ghosts and genii of the phantasmagoria of ambition.

I was the seventh son of one of the oldest families of England. If I had been the seventh son of the seventh son, I should, by all the laws of juggling, have been a conjurer; but I was a generation too early for fame. My father was an earl, and as proud of his titles as if he had won them at Crecy or Poictiers, and not in the campaigns of Westminster, consummated on the backstairs of Whitehall. He had served his country, as he termed it, in a long succession of Parliaments; and served her still more, as his country neighbours termed it, by accepting a peerage, which opened the county to any other representative among the sons of men. He was a strong-built, stern-countenanced, and haughty-tongued personage—by some thought a man of sense; by others a fool, with all his depth, arising from his darkness. My own experience convinced me, that no man made more of a secret, or thought less of a job. From my boyhood I own I feared more than honoured him; and as for love, if I had been more susceptible, mine would have flown round the globe before it could have fixed on that iron visage. The little love that I could afford for any human being, was for another and a different order of existence. Boys have a natural fondness for the mother; and mine was gentle, timid, and fond. She always parted with me, on my going to school, as if she had lost a limb, and when I returned, received me as if she had found a pinion in its place. She perhaps spoiled me by indulgence, as much as my lord and father spoiled me by severity; but indulgence is the pleasanter of the two, and I followed the course of nature, and gave her whatever heart I have. I still remember her. She was remarkably indebted to nature, at least for externals. She had fine eyes—large, dark, and sentimental; her dress, which would now be preposterous, seemed to me, then, the perfection of all taste, and was in the highest fashion of her time. Her beauty worked miracles; for now and then I have observed even my father's eye fixed on her, with something of the admiration which we might conceive in an Esquimaux for a fixed star, or in an Italian highwayman for some Parian statue which he had stumbled on in his thickets. But the admiration was soon absorbed in the job in hand, and he turned away—to scribble to the Minister. Of the younger portion of the family I shall say but little. Children are happiest in the nursery, and there I leave them. I had two sisters, sweet little creatures, one with black eyes and the other with blue. This is enough for their description. My four brothers were four rough, bold, well-looking animals, all intended for ambassadors, admirals, generals, and secretaries of state—for my father had too long tasted of the honey of official life to think that there was any other food for a gentleman in the world. He had been suckled for too many years at those breasts, which, like the bosom of the great Egyptian goddess, pour the stream of life through whole generations of hangers-on, to believe that any other fount of existence was to be named but the civil list. I am strongly inclined to surmise that he would have preferred a pencil, purloined from the Treasury, to all the cedars of Lebanon.

It may be presumed that I was destined for public life—in other words, to live on the public; and, to prepare me for the performance of a part, alternately menial and master—supple as the slave, and superb as the minister—I was sent to Eton. At this great school of the aristocracy, would-be and real—barons and dukes in esse, and the herald's office alone, or bedlam, knows what in posse, I remained for the customary number of years. If whoever does me the honour to read these pages, hates the history of schooldays as much as I do their memory, he will easily pardon my passing by the topic altogether. If the first purpose of all great public institutions is to stand still; the great schools of England, fifty years ago, were righteous adherents to their contract; they never moved. The world might whirl round them as it would; there remained the grey milestones, only measuring the speed with which every thing on the road passed them. This, they say, has largely and fortunately changed in later years. But the change must proceed; the venerable cripples must throw by their crutches, and try the effect of flesh and blood. Flogging and fagging, are the education for a footman; they disgrace the common sense, and offend the feelings of a manly people. The pugilist must be expelled, and the puppy must follow him. The detestable grossness of classical impurity, must be no longer the price at which Latin "quantities" are to be learned. The last lesson of the "prodigal son," must not be the first learned by the son of the gentleman of England—to be fed on the "husks" fit only for the swine.

On my delighted release from this supreme laboratory of statesmen, I found the state of things considerably altered at Mortimer Castle. I had left it a stately but rather melancholy-looking household; I found the mansion glittering in all the novelty of French furniture, gilding, and or-molu—crowded with fashion, and all its menial tribe, from the groom in the stables to the gentleman's gentleman, who slipped along the chambers in soft silence, and seemed an embodying of Etiquette, all in new equipments of all kinds—the avenue trimmed, until it resembled a theatrical wood; and the grounds, once sober and silent enough for a Jacques to escape from the sight of human kind, and hold dialogues with the deer; now levelled, opened, shorn, and shaved, with the precision of a retired citizen's elysium.