Half-Hours with the Stars 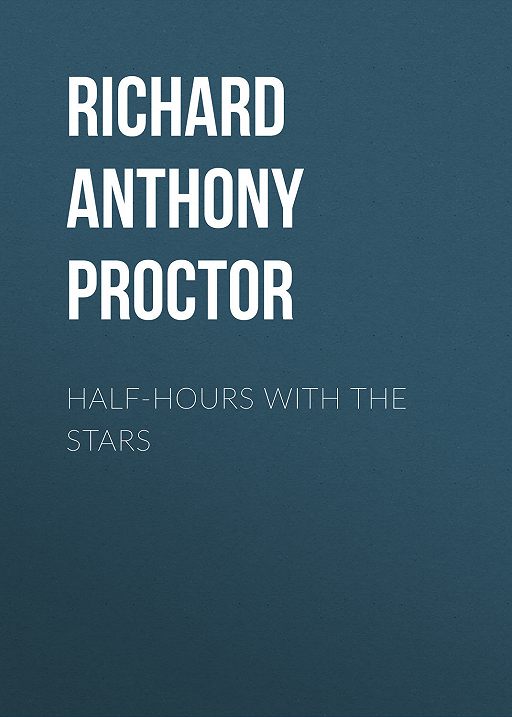 Richard A. Proctor
Half-Hours with the Stars / A Plain and Easy Guide to the Knowledge of the Constellations

"Here I may sit and rightly spell

Of every star that Heav'n doth show."—MILTON.

The Heavens declare the glory of God; and the Firmament showeth His handiwork.—PSALMS xix: 1.

INTRODUCTION ON THE USE OF THE MAPS

It is very easy to gain a knowledge of the stars, if the learner sets to work in the proper manner. But he commonly meets with a difficulty at the outset of his task. He provides himself with a set of the ordinary star-maps, and then finds himself at a loss how to make use of them. Such maps tell him nothing of the position of the constellations on the sky. If he happen to recognize a constellation, then indeed his maps, if properly constructed, will tell him the names of the stars forming the constellation, and also he may be able to recognize a few of the neighboring constellations. But when he has done this he may meet with a new difficulty, even as respects this very constellation. For if he look for it again some months later, he will neither find it in its former place nor will it present the same aspect,—if indeed it happen to be above the horizon at all.

It is clear, then, that what the learner wants is a set of maps specially constructed to show him in what part of the sky the constellations are to be looked for. He ought on any night of the year to be able to turn at once to the proper map, and in that map he ought to see at once what to look for, toward what point of the compass each visible constellation lies, and how high it is above the horizon. And, if possible (as the present work shows is the case), one map ought to suffice to exhibit the aspect of the whole heavens, in order that the beginner may not be confused by turning from map to map, and trying to find out how each fits in with the others.

It is to fulfil these requirements that the present maps have been constructed. Each exhibits the aspect of the whole sky at a given day and hour. The circumference of the map represents the natural horizon, the middle of the map representing the part of the sky which lies immediately overhead. If the learner hold one of these maps over his head, so as to look vertically upwards at it, the different parts of the horizon marked in round the circumference being turned towards the proper compass points, he will see the same view of the heavens as he would if he were to lie on his back and look upwards at the sky, only that the map is a planisphere and the sky a hemisphere.

But although this illustration serves to indicate the nature of the maps, the actual mode of using them is more convenient.

But this matter will be more clearly understood by comparing the account of any of the accompanying maps with the map itself.

The only reason for numbering the maps as at present, is that the map numbered I. Happens to exhibit the aspect of the sky at a convenient hour on the night of January 1st. It will be found that the dates follow on with intervals of seven or eight days right round the year, the end of the year falling in the left-hand column of the table under Map I., while the beginning of the year is in the right-hand column of the same map.1

It will be seen at once that a map can always be found corresponding to a convenient hour on any night of the year. (In midsummer, on a few of the dates mentioned under the maps, night has not begun at the hour named.) On any date named under a map, the aspect of the sky two hours later than that named is that represented in the following map. Thus at eight o'clock in the evening of January 22d, the aspect of the stars is as shown in Map I. At ten o'clock on the same night the aspect of the sky is that shown in Map II., as a date under that map shows. Applying this rule to the few occasions on which the hour named is not available for observation (five or six in all out of ninety-six dates), the observer can manage as well for those occasions as for any others.