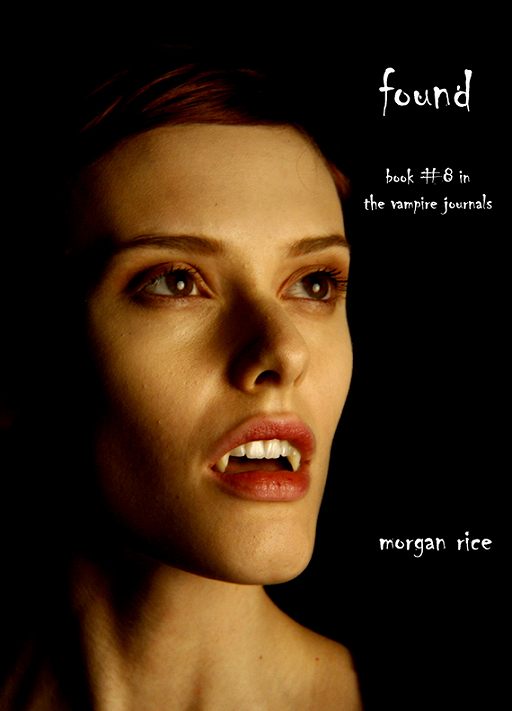 In FOUND (Book #8 of the Vampire Journals), Caitlin and Caleb awake in ancient Israel, in the year 33 A.D., and are amazed to find themselves in the time of Christ.

Ancient Israel is a place of holy sites, of ancient synagogues, of lost relics. It is the most spiritually charged place in the universe – and in 33 A.D., the year of Christ’s crucifixion, it is the most spiritually charged time. In the heart of its capitol, Jerusalem, lies the Holy Temple of Solomon, inside of which sits the Holy of Holies and the Ark of God. And in these streets, Christ will take his final steps to be crucified.

Jerusalem teems with people of all religious backgrounds and faiths, under the watchful eye of Roman soldiers, and their Prefect, Pontius Pilate. The city also has a dark side, with its labyrinthian streets and maze of alleyways leading to hidden secrets and Pagan temples.

Caitlin now, finally, has all four keys, but still, she must find her father. Her search takes her to Nazareth, to Capernaum, to Jerusalem, following a mystical trail of secrets and clues in the footsteps of Christ. It also takes her to the ancient Mount of Olives, to Aiden and his coven, and to more powerful secrets and relics than she’s ever known. At every turn, her father is just a step away.

But time is of the essence: Sam, turned to the dark side, has landed back in this time, too, and as he unites with Rexius, leader of the evil coven, they race to beat Caitlin to the Shield. Rexius will stop at nothing to destroy Caitlin and Caleb, and with Sam on his side, and a new army behind him, the odds are in his favor.

Making matters worse, Scarlet arrives back in time alone, separated from her parents. She roams the streets of Jerusalem on her own, with Ruth, and as she begins to discover her own powers, she also finds herself in graver danger than she’s ever been. Especially when she discovers that she is holding a great secret, too.

Does Caitlin find her father? Does she find the ancient vampire shield? Does she reunite with her daughter? Does her own brother try to kill her? And will her love with Caleb survive this final trip back in time?

A Court for Thieves…
Морган Райс…