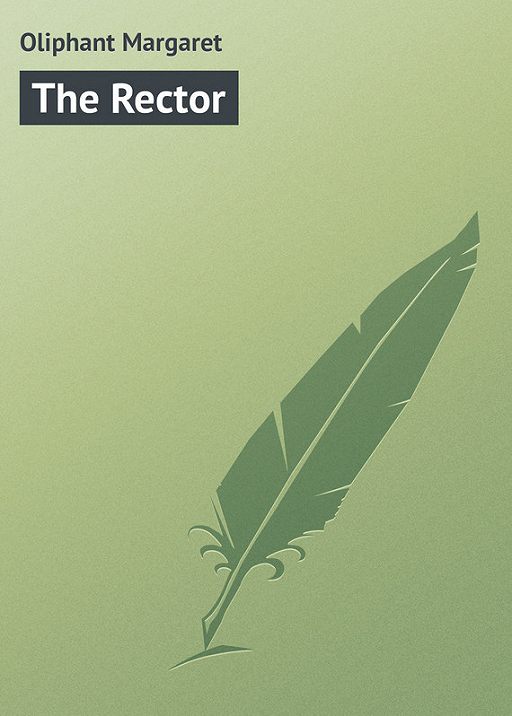 It is natural to suppose that the arrival of the new Rector was a rather exciting event for Carlingford. It is a considerable town, it is true, nowadays, but then there are no alien activities to disturb the place – no manufactures, and not much trade. And there is a very respectable amount of very good society at Carlingford. To begin with, it is a pretty place – mild, sheltered, not far from town; and naturally its very reputation for good society increases the amount of that much-prized article. The advantages of the town in this respect have already put five per cent upon the house-rents; but this, of course, only refers to the real town, where you can go through an entire street of high garden-walls, with houses inside full of the retired exclusive comforts, the dainty economical refinement peculiar to such places; and where the good people consider their own society as a warrant of gentility less splendid, but not less assured, than the favour of Majesty itself. Naturally there are no Dissenters in Carlingford – that is to say, none above the rank of a greengrocer or milkman; and in bosoms devoted to the Church it may be well imagined that the advent of the new Rector was an event full of importance, and even of excitement.

He was highly spoken of, everybody knew; but nobody knew who had spoken highly of him, nor had been able to find out, even by inference, what were his views. The Church had been Low during the last Rector's reign – profoundly Low – lost in the deepest abysses of Evangelicalism. A determined inclination to preach to everybody had seized upon that good man's brain; he had half emptied Salem Chapel, there could be no doubt; but, on the other hand, he had more than half filled the Chapel of St Roque, half a mile out of Carlingford, where the perpetual curate, young, handsome, and fervid, was on the very topmost pinnacle of Anglicanism. St Roque's was not more than a pleasant walk from the best quarter of Carlingford, on the north side of the town, thank heaven! which one could get at without the dread passage of that new horrid suburb, to which young Mr Rider, the young doctor, was devoting himself. But the Evangelical rector was dead, and his reign was over, and nobody could predict what the character of the new administration was to be. The obscurity in which the new Rector had buried his views was the most extraordinary thing about him. He had taken high honours at college, and was "highly spoken of;" but whether he was High, or Low, or Broad, muscular or sentimental, sermonising or decorative, nobody in the world seemed able to tell.

"Fancy if he were just to be a Mr Bury over again! Fancy him going to the canal, and having sermons to the bargemen, and attending to all sorts of people except to us, whom it is his duty to attend to!" cried one of this much-canvassed clergyman's curious parishioners. "Indeed I do believe he must be one of these people. If he were in society at all, somebody would be sure to know."

"Then he did you the greatest of all services," cried the third member of the little group which discussed the new Rector under Mr Wodehouse's blossomed apple-trees. "He conferred such a benefit upon you that he deserves all reverence at your hand. Wonderful idea! a man confers this greatest of Christian blessings on multitudes, and does not himself appreciate the boon he conveys!"

"Well, for that matter, Mr Wentworth, you know – " said the elder lady; but she got no farther. Though she was verging upon forty, leisurely, pious, and unmarried, that good Miss Wodehouse was not polemical. She had "her own opinions," but few people knew much about them. She was seated on a green garden-bench which surrounded the great May-tree in that large, warm, well-furnished garden. The high brick walls, all clothed with fruit-trees, shut in an enclosure of which not a morsel except this velvet grass, with its nests of daisies, was not under the highest and most careful cultivation. It was such a scene as is only to be found in an old country town; the walls jealous of intrusion, yet thrusting tall plumes of lilac and stray branches of apple-blossom, like friendly salutations to the world without; within, the blossoms drooping over the light bright head of Lucy Wodehouse underneath the apple-trees, and impertinently flecking the Rev. Frank Wentworth's Anglican coat. These two last were young people, with that indefinable harmony in their looks which prompts the suggestion of "a handsome couple" to the bystander. It had not even occurred to them to be in love with each other, so far as anybody knew, yet few were the undiscerning persons who saw them together without instinctively placing the young curate of St Roque's in permanence by Lucy's side. She was twenty, pretty, blue-eyed, and full of dimples, with a broad Leghorn hat thrown carelessly on her head, untied, with broad strings of blue ribbon falling among her fair curls – a blue which was "repeated," according to painter jargon, in ribbons at her throat and waist. She had great gardening gloves on, and a basket and huge pair of scissors on the grass at her feet, which grass, besides, was strewed with a profusion of all the sweetest spring blossoms – the sweet narcissus, most exquisite of flowers, lilies of the valley, white and blue hyacinths, golden ranunculus globes – worlds of sober, deep-breathing wallflower. If Lucy had been doing what her kind elder sister called her "duty," she would have been at this moment arranging her flowers in the drawing-room; but the times were rare when Lucy did her duty according to Miss Wodehouse's estimate; so instead of arranging those clusters of narcissus, she clubbed them together in her hands into a fragrant dazzling sheaf, and discussed the new Rector – not unaware, perhaps, in her secret heart, that the sweet morning, the sunshine and flowers, and exhilarating air, were somehow secretly enhanced by the presence of that black Anglican figure under the apple-trees.

"But I suppose," said Lucy, with a sigh, "we must wait till we see him; and if I must be very respectful of Mr Bury because he christened me, I am heartily glad the new Rector has no claim upon my reverence. I have been christened, I have been confirmed – "

"But, Lucy, my dear, the chances are he will marry you," said Miss Wodehouse, calmly; "indeed, there can be no doubt that it is only natural he should, for he is the Rector, you know; and though we go so often to St Roque's, Mr Wentworth will excuse me saying that he is a very young man."

Miss Wodehouse was knitting; she did not see the sudden look of dismay and amazement which the curate of St Roque's darted down upon her, nor the violent sympathetic blush which blazed over both the young faces. How shocking that elderly quiet people should have such a faculty for suggestions! You may be sure Lucy Wodehouse and young Wentworth, had it not been "put into their heads" in such an absurd fashion, would never, all their virtuous lives, have dreamt of anything but friendship. Deep silence ensued after this simple but startling speech. Miss Wodehouse knitted on, and took no notice; Lucy began to gather up the flowers into the basket, unable for her life to think of anything to say. For his part, Mr Wentworth gravely picked the apple-blossoms off his coat, and counted them in his hand.