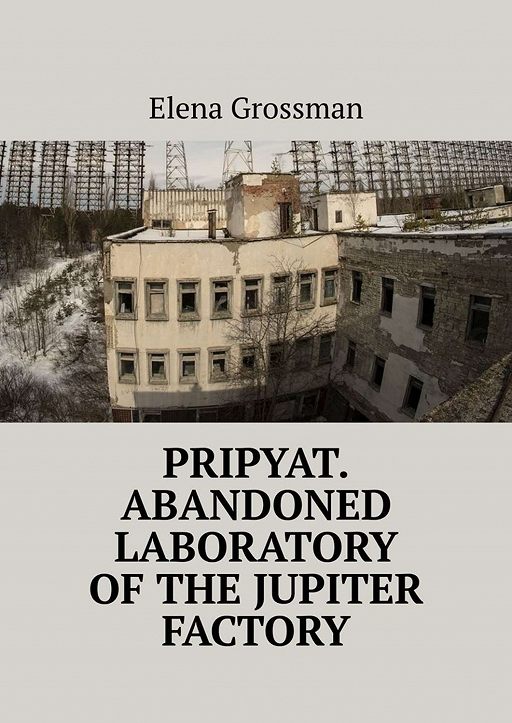 “… on the outskirts of Pripyat, in the midst of a dense forest, is the Jupiter plant. After the accident at the 4th unit of the nuclear power plant, there was a decision to close the plant forever. According to some reports, in the basement of the plant was a closed laboratory, which operated until 1996. According to rumors, military computers and black boxes were manufactured there for use in military submarines, fighters and in the space industry.” – Max finished reading an article from a newspaper that he found at the checkpoint, next to the Jupiter plant.

– And what was Jupiter really doing? Lex asked him.

“On the Internet, they write that Jupiter produced rollers of tape drives for household tape recorders and other small parts, but it was actually a cover, in the basement they made equipment for the military, such as computers and black boxes,” answered Max.

“Yes, I wouldn’t, for which I wouldn’t let it, that somewhere in the basement they would produce such things,” said Lex and examined three gray buildings through the checkpoint gate, one of which was eight-story.

They walked past a dilapidated factory checkpoint. Lex examined the tall fence and spotted scraps of barbed wire on it.

“And before this plant was well guarded,” Lex said. – The thorn used to be around the perimeter of the fence.

“They all pulled it off, damn looters!” I hope they didn’t get to the basement, “Max cursed. Empty windows looked at them, empty eye sockets.

– And what kind of buildings? You know? Lex asked.

“Yes, the eight-story building is an administrative building,” Max answered, but we won’t go and examine them. The plant takes up a lot of space in size, we will be here for at least a week if we examine everything.

“That’s for sure, will we take the tent with us or leave it here?” Lex asked in a tired voice.

“No, we’ll take her with us,” said Max. – We do not need extra problems. I heard that sometimes some kind of special service patrols over the Jupiter zone. Do you have flashlights with you?

– Yes there are, the most powerful and a bunch of batteries for them.

“Excellent, because the laboratory is a continuous labyrinth of corridors and rooms,” Max answered. They passed under the passage between the buildings, fragments lay on the ground. Max looked up and saw that not all windows of the transition have glass, in some they were missing.

Suddenly he felt someone’s gaze on himself, looking back, he saw no one but the lonely bare trees standing. Chill ran through Max’s body.

“Caution, on the pavement of glass,” he said and thought, “it wasn’t enough for any of them to hurt his leg.” Because of the fallen leaves, it was hard to make out the glass.

Max was sketching where to go now. The workshops were not far from them.

“It seems that shop number 3 should be somewhere here,” he said.

“By chance, isn’t he?” – asked Lex and pointed somewhere in the distance, but a concrete building with a wooden gate and a large glass wall.

– “Like a lot of windows. The wall is the window, Lex thought and giggled.

– Maybe he, come closer. It’s getting dark soon, you need to find the basement faster, “said Max. – I heard it’s becoming dangerous here at night, to be. They call themselves “marauders” and do not like it when someone gets in their way.

Looking around, they almost ran, reached the workshop.

– Wait! – said Max and listened. Silence. Then he slowly opened the wooden door and looked inside. The inside was gloomy and quiet.

“Let’s go,” he said finally, and turned on the flashlight. Fluently illuminating the workshop with lanterns, they went inside. On the floor lay empty metal shields, a pair of blue gas cylinders, fixtures and pieces of concrete. There was some strange light in the center of the workshop, Max couldn’t understand for a long time why this light was, but then he looked up and saw a hole in the ceiling.

“There are a lot of concrete fragments and reinforcement on the floor,” he said.

Evening light penetrated inside and dimly lit the premises of the workshop.

The light from the lanterns began to dance along the walls and grabbed the remnants of the once powerful ventilation pipes of a blue-blue color with rust. Max lit his way, at almost every step there were sharp pieces of concrete and reinforcement, as well as all kinds of pieces of iron.

– What is there? Asked Max.

“Yes, nothing special, some kind of blueprint,” he answered and did not notice the bottle lying under his feet. She thundered across the floor, echoing from the walls of the workshop. Max flinched in surprise.

“Look at your feet,” he answered. “And stay close to me, there are a lot of sharp concrete debris and rebar everywhere.” One wrong move, fracture or dislocation is provided.

To their right they heard a crunch, fear in a cold wave instantly ran through the body. Lex quickly shone a lantern where he thought he heard a crunch, but he didn’t see anything.

“Something is going wrong here,” he said in a whisper.

“Lex, don’t panic!” Most likely, this is some kind of animal or bird, “Max reassured him. But Lex, it was hard to believe that it could be one of the inhabitants of the fauna.

“I would like to believe in it,” Lex answered, and the beam from his lantern trembled along the floor and walls of the workshop.

“We have nothing to fear here,” said Max and went to the other end of the workshop, lighting his own path. They reached the middle of the workshop; the workshop was large in scale. None of them knew what was produced in this workshop, since there were no documents about the Jupiter plant anywhere.

They did not immediately find the door leading to the basement; it was almost hidden by one of the crumbling pieces of the concrete roof.

“Nothing here,” Lex said. – This is not the workshop.

“We need to examine everything here,” Max said and walked past the collapsed roof, lighting every concrete piece with a lantern. When the beam of the lantern fell on a concrete slab standing across, Max saw behind it some kind of iron door rusted with time, with a barely noticeable inscription “DO NOT ENTER”. He came closer and saw that the door could not be opened to them.

– Lex, there’s some kind of door and the inscription “DO NOT ENTER”, but it was littered with a crumbling concrete slab. Heck!

“Do you think this is the entrance to the basement?” Lex asked.

– I am sure of this, because the laboratory occupies a large area and the whole is underground. We don’t have time to go search, the entrance to another place. It is necessary to find how to permit concrete. – And he shined around him in search of something heavy, but besides garbage, bricks and pieces of plaster, he didn’t come across anything.

– Heck! – Max decided on his own to try to push it away. He crawled under a concrete slab and pushed it with his shoulder, which moved slightly. “Lex, help me move her.”

Lex laid his lantern and lantern on Max, lying on a tire lying nearby, so that light fell on the door and on Max.

He stood next to Max and also rested, pulled into a concrete slab and began to push. Pain pierced his shoulder and forearm, a soft rattle of concrete was heard on the floor.

“Yes, it’s not so easy to move it,” Max said, and took his flashlight. He jerked the door handle, and she gave in a little. From the gap formed a musty breath that indicated that there was water. Having shone inside, he didn’t see anything, a ray of light illuminated the wall with

“I hope our work will not be in vain, and the basement will not be completely flooded,” said Max. – If everything is flooded there, then we don’t have scuba gear with us. There was an echo of a crunch in the workshop again, and then a shuffling sound. Lex was suddenly panicked, her heart pounding in her chest.

“What the hell is going on here?” A strange thought haunted Lex. “Who’s that noise?” Are they already spying on them?”

– Hush! Do not panic! Let’s finally push this piece of the plate and go down, “said Max and started pushing again, Lex immediately joined him. This time everything went easier. Tightening up, they sharply pushed the concrete structure, and it fell to the floor with a roar, in some places the concrete broke off from the edges a little.