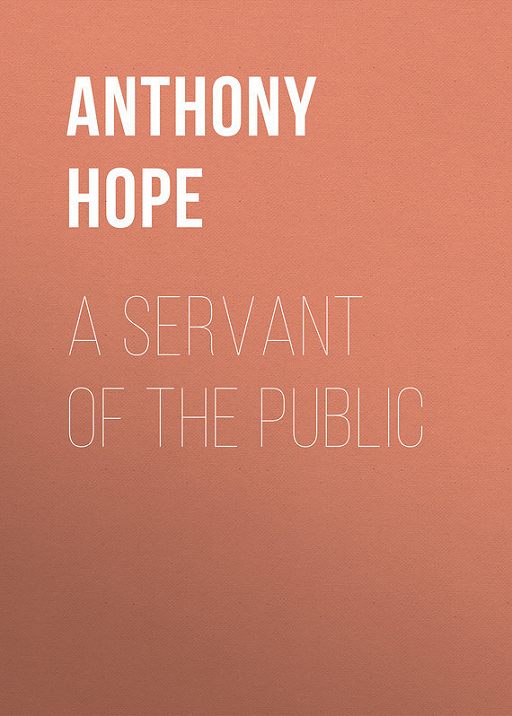 CHAPTER I
MUDDOCK AND MEAD

The social birth of a family, united by a chain of parallel events with the commercial development of a business, is a spectacle strange to no country but most common among the nation of shopkeepers; it presents, however, interesting points and is likely to produce a group of persons rather diverse in character. Some of the family breathe the new air readily enough; with some the straw of the omnibus (there was straw in omnibuses during the formative period) follows on silken skirts into the landau. It takes, they say, three generations to make a gentleman; the schools ticket them – National or Board, Commercial or Grammar, Eton or Harrow. Three generations, not perhaps of human flesh, but of mercantile growth, it takes to make a great Concern. The humble parent-tree in the Commercial Road puts forth branches in Brixton, Camberwell, Stoke Newington, wherever buyers are many and "turnover" quick: here is the second period, when the business is already large and lucrative, but not yet imposing. Then a new ambition stirs and works in the creator's mind; there is still a world to conquer. Appearance is added to reality, show to substance. A splendid block rises somewhere within the ken of fashion; it is red, with white facings, a tower or two, perhaps a clock. First and last, a good deal is said about it in talk and in print. Possibly a luncheon is given. Now there are points of policy to be practised, not directly productive of hard money, but powerful in the long run. For example, the young ladies and gentlemen who serve the counters should be well treated, and carefully looked after in regard to their morals. And if this be done, there is no reason against having the fact stated with the utmost available publicity. For this service, sections of an all-embracing Press are ready and willing. In the eye of the polite world this big block is now the business: the branches are still profitable, but the ledgers alone sing their virtues; men cease to judge the position or the purse of the family by their humble fronts. For the family too has been on the move; it has passed, in orderly progression, in an ascent of gentility, from Putney to Maida Vale, from Maida Vale to Paddington, from Paddington to Kensington Palace Gardens. At each stopping-place it may acquire members, at some it will lose them; the graves where those lie who have dropped from the ranks are themselves milestones on the march. The survivors have each some scent, some trace, of their place of origin. To the architect of fortune the Commercial Road is native and familiar; he lost his first love there and buried her down East. His second wife dates from the latter end of the Maida Vale time and is in all essentials of the Middle, or Paddington, Period. The children recollect Paddington as childhood's home, have extorted information about Maida Vale, talk of Putney with a laugh, and seem almost of true Kensington Palace Gardens' blood. Yet even in them there is an element which they are hardly conscious of, an element not to be refined away till the third generation of human flesh has run. Then comes the perfect product; a baronetcy is often supposed to mark, but sometimes may be considered to precede, its appearance. Indeed – for it is time to descend to the particular – Sir James Muddock was hardly the perfect product; nay, he still strove valiantly to plume himself on not being such. But with a wife and children it is hard to go on exulting in a lowly origin. It is also rather selfish, and was certainly so in Sir James' case, since Lady Muddock was very sensitive on the subject. It would seem that being of the Middle Period is apt to produce a sensitiveness of this sort; the pride of achievement is not there, the pride of position is still new and uneasy.

Somewhat in this vein, but with a more malicious and humorous turn of speech, Ashley Mead ran through the history of the firm of Muddock and Mead for Lady Kilnorton's pleasure and information. She was interested in them as phenomena and as neighbours; they were hardly more than across the road from her house in Queen's Gate. Ashley spoke with full knowledge; both business and family were familiar to him; he himself represented an episode in the career of the concern which survived only in its name. He used to say that he had just missed being a fit figure for romance; his father had not been a scatter-brained genius bought out of a splendid certainty of wealth for fifty pounds, but a lazy man who very contentedly and with open eyes accepted fifteen thousand pounds and leisure in preference to hard work and an off-chance of riches. This elder Mead had come into the business with three thousand pounds when capital was wanted for the Stoke Newington branch, and had gone out when ambition began to whisper the name of Buckingham Palace Road. He had not felt aggrieved at losing opulence, but had lived on his spoil – after all, a good return for his investment – and died with it in cheerfulness. But then he had not been born a trader. He came of the professions; money-making was not in his blood nor bone of his bone, as it must be in the frame of one who is to grow gradually by his own labour to the status of a millionaire. The instinct of gain was not in his son either; Ashley laughed with unreserved good-nature as he said:

"If my father hadn't gone out, I should have had half the business, I suppose, instead of starving along on four hundred a year."

"My profession?" he laughed, as he leant against the mantel-piece and looked down at her. "I'm one of five thousand names on five hundred doors, if that's a profession!"

"You might make it one," she suggested, but not as though the subject interested her or were likely to interest him. The little rebuke had all the perfunctoriness of duty and convention.

"The funny thing is," he went on, "that old Sir James would like to get me back now; he's always hinting about it. Shall I go and sell the ribbons?"

"Well, in the family we don't think Bob very bright, you see."

"Oh! Alice is bright, though; at least she's very clear-headed."

"More brains than any of them. And what did you think of My lady?"

"Of My lady?" Irene Kilnorton laughed a little, raised her brows a little, and paused before she said: "Well, her hair's too fluffy, isn't it? They don't beat her, do they? She looks rather like it."

"No, they don't beat her; but she's not quite sure that she's got the grand manner."

"And then Sir James insists on referring to Putney, especially by way of acknowledging the goodness of God in family prayers. The servants are there, of course, and – you understand?"

"Perfectly, Mr. Mead. In such a case I shouldn't like it myself."

"Lady Muddock has no objection to being thankful privately, but she doesn't like it talked about."

"You go there a great deal?" she asked, with a glance at him.

"Not the least, I believe."

"Oh, you're bound to say that! Would she go with – with selling the ribbons?" But she went on without waiting for an answer, perhaps because she had risked a snub. "I was received with immense empressement."

"A poverty-stricken Irish widow! No, but I took some swells with me."

A pause followed. Ashley looked over his hostess' head out of the window. Then Lady Kilnorton added, "Lord Bowdon drove Miss Pinsent to her house afterwards."

Another pause followed; each was wondering what the other's point of view might be.

"Fancy Ora Pinsent at the Muddocks'!" reflected Ashley presently. "She went to please you?"

"How do I know why she went? I don't suppose she knew herself."

"You're great friends, though?"

"All at once?" asked Ashley with a smile, and brows raised in protest.

"Yes, all at once, and successively, and alternately, and in all sorts of various combinations."

"And Lord Bowdon drove her home?" His tone begged for a comment from his companion.

"I told you so," she answered with a touch of irritation, which was as significant as any comment.

The servant came in, bringing tea; they were silent while the preparations were made. Ashley, however, covertly regarded his friend's trim figure and pretty, small features. He often felt rather surprised that he had no inclination to fall in love with, or even to make love to, Irene Kilnorton. Many men had such an inclination, he knew; among them he ranked this same Lord Bowdon who had driven Miss Pinsent to her house. Lady Kilnorton was young, she was pretty, she had, if not wit, at least the readiness of reply which is the common substitute provided by the habit of conversing with wideawake people. It was, though, very pleasant to have so charming a friend and to be in no danger of transforming her into the doubtful and dangerous character of a woman he loved; so he told himself, having no disposition to love her.

"She's got a husband, hasn't she?" he asked, as the door closed behind the footman.

"They've always got a husband, he's always a scamp, and his name never matters," remarked Ashley between mouthfuls of toast.

"Just as you like, Lady Kilnorton. It's the fact, not what you call it, that's the thing, you know."

As he spoke the door was opened again and Lord Bowdon was announced. He came in almost eagerly, like a man who has something to say, shook hands hastily, and, the instant that he dropped into a chair, exclaimed, "What a glorious creature!"

"I knew exactly what you were going to say before you opened your lips," remarked Lady Kilnorton. "You haven't been long, though." There was a touch of malice in her tone.

"It wasn't left to me to fix the length of the interview. And she said she liked driving fast. Well, Ashley, my boy, how are you?"

"I've got a job for you. I'll write to you about it presently. It's a Commission they've put me on, and I thought you might like to be secretary."

"Anything with a stipend," agreed Ashley cheerfully.

"What a lot men think of money!" said Lady Kilnorton.

"I don't think I ever met a more fascinating creature," Lord Bowdon mused.

"Do you know her?" asked Bowdon.