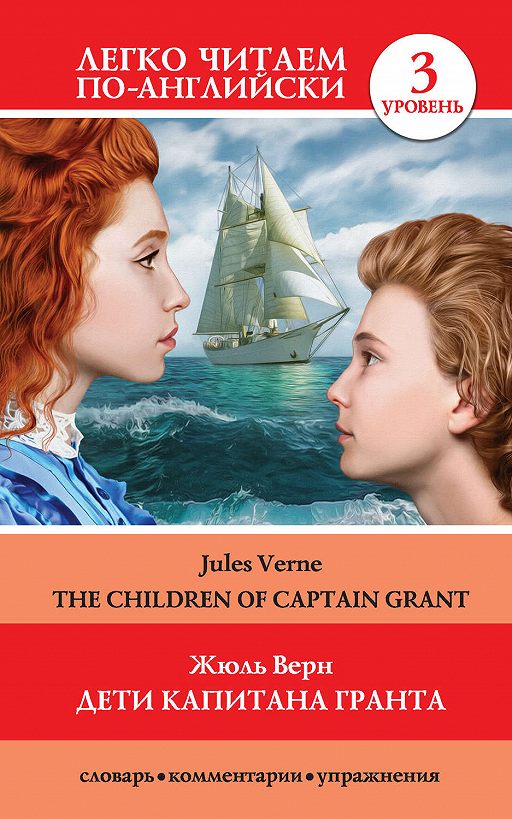 Chapter V. The Departure of the Duncan

We have said already that Lady Helena was a brave, generous woman. Her husband had good reasons to be proud of such a wife. The idea of going to Captain Grant’s rescue had occurred to him in London when his request was refused. But now she herself proposed to go!

There was not an hour to be lost. A telegram was dispatched to John Mangles the very same day, conveying Lord Glenarvan’s orders to take the Duncan immediately to Glasgow, and to make preparations for a voyage to the Southern Seas, and possibly round the world, if necessary.

The Duncan was a steam yacht of the finest description. It had two masts; its engine, which was constructed on a new system, was a high-pressure one, of 160-horse power. It made seventeen miles an hour, a higher speed than any vessel had yet attained.

John Mangles understood his business[29]. Though he was only the captain of a pleasure yacht[30], he was one of the best skippers in Glasgow. He was thirty years of age, and his countenance expressed both courage and goodness. When Lord Glenarvan offered him the command of the Duncan, he accepted it with right good will, for he loved the master of Malcolm Castle, like a brother.

Tom Austin, the mate, was an old sailor, worthy of all confidence. The crew, consisting of twenty-five men, including the captain and chief officer, were all experienced sailors. And when the crew heard the news, they could not restrain their enthusiasm.

John Mangles did not forget to fit up the rooms of Lord and Lady Glenarvan for a long voyage. He had also to get cabins ready for the children of Captain Grant, as Lady Helena could not refuse Mary’s request to accompany her. As for young Robert, he was put in charge of John Mangles.

To complete the roll of passengers, we must name Major McNabbs. The Major was about fifty years of age, with a calm face and regular features—a man who did whatever he was told, of an excellent, indeed, a perfect temper; modest, silent, peaceable, and amiable, agreeing with everybody on every subject, never discussing, never disputing, never getting angry. Nothing could excite him, nothing could disturb him. As a cousin of Glenarvan, he lived in Malcolm Castle, and as a major he went with the Duncan.

The ship was to sail out with the tide at three o’clock on the morning of the 25th of August.

The sea was calm. McNabbs was talking to himself, as was his habit. He stood motionless, watching the track of the yacht. After some minutes of this silent contemplation he turned round, and suddenly found himself face to face with a stranger.

He was a tall, thin man, about forty years of age, and resembled a long nail with a big head. His head was large and massive, his forehead high, his chin very marked. His eyes were concealed by enormous round spectacles, and in his look was that peculiar indecision which is common to nyctalopes[31], or people who have a peculiar construction of the eye, which makes the sight imperfect in the day and better at night. It was evident that he was a lively, intelligent man.

The stranger’s excitement was a strong contrast to the Major’s placidity. He walked round McNabbs, looking at him and questioning him with his eyes.

The mysterious passenger seized his telescope, drew it out to its fullest extent, about four feet, and began gazing at the horizon, standing motionless with his legs wide apart. His examination lasted some few minutes, and then he lowered the glass.

McNabbs never moved a muscle of his face. This was too much for the stranger, and he called out, with an unmistakably foreign accent:

He waited a minute, but nobody appeared, and he called again, still louder, “Steward!”

Mr. Olbinett[32] was passing that minute on his way from the galley.

“Who is he?” he thought to himself. “He can not possibly be one of Lord Glenarvan’s friends?”

He approached the unknown personage, who accosted him with the inquiry, “Are you the steward of this vessel?”

“Yes, sir,” replied Olbinett; “but I have not the honor of—”

“I am the passenger in cabin Number 6.”

“Certainly; and your name, what is it?”

“Well, Olbinett, my friend, we must think of breakfast, and that pretty quickly. It is thirty-six hours since I have had anything to eat, or rather thirty-six hours that I have been asleep—pardonable enough: I was going, without stopping, from Paris to Glasgow. What is the breakfast hour?”

“Ah, well,” said the stranger, “it is only eight o’clock at present. Bring me a glass of sherry and a biscuit while I am waiting.”

The stranger kept on talking incessantly, flying from one subject to another.

“The captain? Isn’t the captain up yet? And the chief officer? What is he doing? Is he asleep still? It is fine weather, fortunately, and the wind is favorable.”

Just at that moment John Mangles appeared at the top of the stairs.

“Here is the captain!” said Olbinett.

John Mangles stood stupefied, at hearing himself called “Captain Burton.” But the new comer went on. “Allow me to shake hands with you, sir; and if I did not do so yesterday evening, it was only because I did not wish to be troublesome. But today, captain, it gives me great pleasure to begin my intercourse with you.”

John Mangles opened his eyes as wide as possible, and stood staring at Olbinett and the stranger alternately.

Without waiting for a reply, the fellow continued. “Now the introduction is made, my dear captain, we are old friends. Tell me how you like the Scotia?”

“What do you mean by ‘the Scotia’?” put in John Mangles at last.

“By ‘the Scotia’? Why, the ship we’re on, of course—a good ship that has been commended to me, not only for its physical qualities, but also for the moral qualities of its commander, the brave Captain Burton.”

“Sir,” interrupted John. “I am not Captain Burton.”

“Mr. Burdness!” repeated John Mangles. He asked himself whether the man was mad. He was beginning to explain the case, when Lord Glenarvan and his party came up. The stranger caught sight of them directly, and exclaimed:

“Ah! The passengers, the passengers! I hope you are going to introduce me to them, Mr. Burdness!”

But he could not wait, and going up to them with perfect grace, said, bowing to Miss Grant, “Madame;” then to Lady Helena, with another bow, “Miss;” and to Lord Glenarvan, “Sir.”

“My Lord,” continued the unknown, “I beg pardon for presenting myself to you. I hope we shall soon become acquainted with each other, and that the company of these ladies will make our voyage on the Scotia appear as short as agreeable.”

Lady Helena and Miss Grant were too astonished to be able to utter a single word. Lord Glenarvan was more collected, and said, “Sir, to whom have I the honor of speaking?”

“To Jacques Eliacin Francois Marie Paganel[35], Secretary of the Geographical Society of Paris, Corresponding Member[36] of the Societies of Berlin, Bombay, Darmstadt, Leipzig, London, St. Petersburg, Vienna, and New York; Honorary Member[37] of the Royal Geographical and Ethnographical Institute of the East Indies.”

The Secretary of the Geographical Society was evidently an amiable personage, for all this was said in a most charming manner. His geographical works, his papers on modern discoveries, and his world-wide correspondence, gave him a most distinguished place among the scientists of France. Lord Glenarvan welcomed such a guest, and shook hands cordially.

“And now that our introductions are over,” he added, “you will allow me, Monsieur Paganel, to ask you a question?”

“Twenty, my Lord,” replied Paganel; “it will always be a pleasure to converse with you.”

“Was it last evening that you came on board this vessel?”

“Yes, my Lord, about 8 o’clock. I jumped into the Scotia, where I had booked my cabin before I left Paris. It was a dark night, and I saw no one on board, so I found cabin No. 6, and went to my berth immediately, for I had heard that the best way to prevent sea-sickness is to go to bed as soon as possible. And, moreover, I had been traveling for thirty hours.”

Paganel’s listeners understood the whole mystery, now, of his presence on the Duncan. The French traveler had mistaken his vessel. All was explained.

“So you wanted to travel to Calcutta, M. Paganel, right?”

“Yes, my Lord, to see India has been a purpose of my life. It will be the realization of my dreams, to find myself in the country of elephants!”

“Monsieur Jacques Paganel,” said Lord Glenarvan, after a brief pause, “I must tell you that you must give up the pleasure of a visit to India.”

“Give it up? And why? What! Captain Burton!”

“I am not Captain Burton,” said John Mangles.

“This vessel is not the Scotia.”

It would be impossible to depict the astonishment of Paganel. John Mangles could not suppress a smile. At last the poor fellow shrugged his shoulders, pushed down his spectacles over his nose and said:

But just at that very moment his eye fell on the wheel of the ship, and he saw the two words on it: Duncan. Glasgow.

“The Duncan! The Duncan!” he exclaimed, with a cry of despair, and rushed down the stairs, and away to his cabin.

“However,” said Lord Glenarvan, “I am not much astonished at it in Paganel. He is quite famous for such misadventures. One day he published a celebrated map of America, and put Japan in it! But for all that[38], he is one of the best geographers in France.”

“But what shall we do with the poor gentleman?” said Lady Helena; “we can’t take him with us to Patagonia.”

“Why not?” replied McNabbs, gravely. “We are not responsible for his mistakes.”

“Well, if he likes; he can disembark at the first place where we touch.