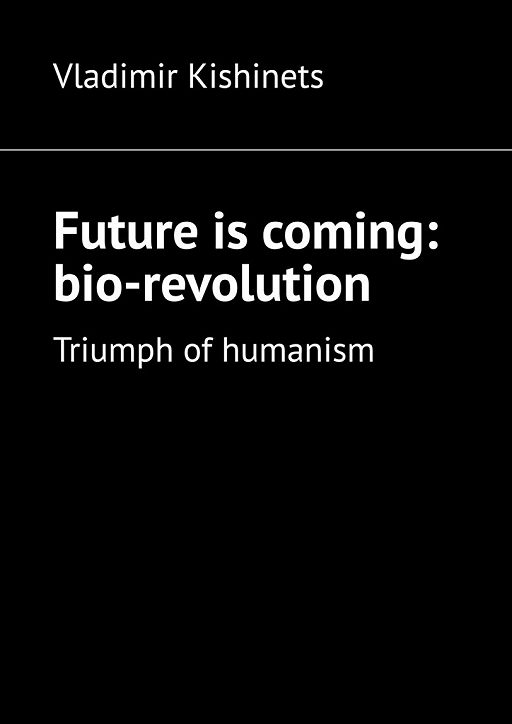 It is known that in the history of humankind from time to time there are special (meta-historical) events that significantly changes the course of its development. At the same time, it is easy to see that all of them are the result of human development of new, vital technologies.

Such events include, for example, the beginning of a person’s use of fire. One of the most important technologies based on fire was the possibility of thermal processing of food, which radically expanded the power base of ancient people, which ultimately influenced their biology and led to the emergence of modern man.

From closer meta events can be identified the beginning of the use of steam power. The consequences of this are the industrial revolution and the entry of humanity into the new era of scientific and technological progress.

Over the past 150—200 years, man has gained immeasurably more knowledge about the properties of nature and has created significantly more technology than in all previous millennia. It is quite natural that as a result of this, our world is now on the threshold of new, grandiose and largely unexpected metahistorical changes.

These changes are connected with the emerging scientific biotechnological revolution, with the creation of a new Biomedicine.

Most people are not familiar with the dynamics of recent advances in biology, it is difficult, perhaps, to imagine two things – how complex are the processes underlying biological life and how deeply modern science has penetrated into them.

As a result, today we are witnessing a landmark event – human knowledge about the phenomenon of natural biological life has reached an understanding of its most fundamental foundations.

It is quite natural that this understanding is inevitable next step – the creation of new, effective methods and technologies of control mechanisms of biology. Of course, here, first of all, our aspirations are connected with our, human biology to which we have many claims, from thousands of diseases tormenting people, to the most important problems of existence – the inevitable aging and mandatory human mortality…

In this small work, I have tried to describe very briefly, without details and justifications, the prospects of emerging today Biomedicine and the enormous humanitarian, civilizational consequences that await earthly intelligent life as a result of its introduction.

Listen, I tell you a mystery: We will not all sleep, but we will all be changed…

The First Epistle of St. Paul to the Corinthians

It is impossible to describe in such a small work all the scientific and technological prerequisites for the creation of a new Biomedicine that have appeared in recent years1. The evidentiary presentation of their details would take too much space.

Therefore, we will simply confirm our statements with a few facts and quotes from authoritative sources:

April 2010. Pope Benedict XVI: “Man’s resistance to death becomes evident”, modern science seeks to find means that save not only from all diseases, “but for our ultimate destiny – for death itself. Surely the medicine of immortality must exist.”

In 2013, at the opening of the established Google California company “Life” (Calico), it was announced that its goal – to extend human life for at least 500 years. Today all activities of the company are classified.

October 2017. President Vladimir Putin: “… in the near future [humanity will enter] in a very difficult and very critical period,” science is capable of “getting into the genetic code” and approaching possibility of creating people “with given characteristics.”

November 2017 Head of the Russian Center for Strategic Research, former Minister A. Kudrin: in 10—15 years “we will have almost immortal people.”

October 2018. Just the other day in the press there was an announcement of the posthumous book of physicist Stephen Hawking in which he suggests that in a near future it will be possible to make changes in human DNA that will improve such “characteristics as memory, resistance to diseases, life expectancy”.

Even these examples are enough to understand that biological science has come to some important milestone. And if even thirteen years ago, my first book about the prospects of human biology management was perceived as a utopia, today many representatives of the elite are already beginning to understand – this is a question of not so distant future. At the same time, it is clear that this future will be very different from any of our ideas about it.

Therefore, today it is not only and not so much the predictions of the development of biotechnology itself that are important, but the assessment of those changes in a person, in the manner of his existence, which will cause their application and which, as the analysis shows, will be, without exaggeration, stunning.

A LITTLE ABOUT TECHNOLOGIES

To understand further, a few words about what will be the new biotechnology, new biomedicine.

These technologies are based both on changes in the genome of the organism, and on interference in the work of organelles of a living cell through the introduction of special organelle-like active particles (biological nano-automata, nano-agents).

Since all vital processes are ultimately determined by the work of cells, this will effectively affect literally all the properties and parameters of the body – physical, neuro-psychological, mental.

There are four main directions of application of future nano-biomedicine:

– immortation (from lat. Immortalis) – “getting immortality”, i.e. termination of the biological aging program that limits today the maximum life expectancy of organisms, including humans, and leads to mandatory death;

– rejuvenation of the body, i.e. elimination of age-related destructive changes already made by the aging program;

– bio-therapy: a) methods of treatment of diseases of any type that have previously arisen in the body; b) creation of a permanent nano-biological system in the body that completely prevents the possibility of any types of diseases2;

– bio-plasty – changes in physical and psycho-cognitive qualities and properties of a person.

rejuvenation will make any person at any age, young again,

bio-therapy will not only cure any disease, but also get rid of the very concept of disease,

and bio-plasty will allow a wide range to change the body, organs, psyche, even traits and intellectual abilities.

Due to certain features, the development of these areas will go at different speeds. It is most likely that some bio-therapy technologies will appear first, and then the technologies of immortation and rejuvenation will be created. And only later will appear (in full) bio-plasty.

Future Biomedicine will have nothing to do with modern medicine chemicals and scalpels. Externally, it will look like “infection” of a person with synthetic “viruses” that will deliver the necessary nano-automata, nano-agents to the cells.

Any new technologies, after they are introduced into any sphere of human activity, one way or another affect the way of life of people. Sometimes this effect is indirect and unobtrusive, sometimes very noticeable.