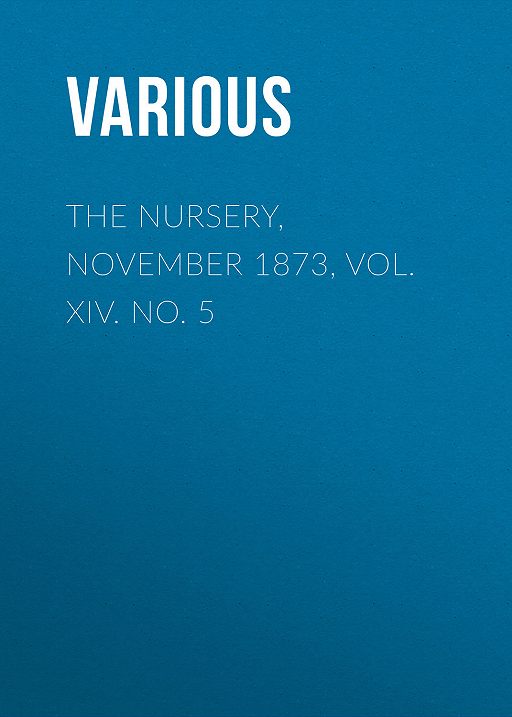 THE AUNT AND THE NIECE

AUNT RUTH was only nine years old, while her niece Mary was nineteen. But Ruth, being an aunt, felt she must keep up the dignity of one; and so she used to treat Mary as if Mary were a little girl.

They had not seen each other for nearly a year; and, when they met, Mary, who was fond of mischief, acted as if she were really younger than Ruth, though she well knew she was nine years older.

"Aunt Ruth," said Mary, "have you any objection to my going out in the grove to swing?"

"Thank you, aunty," replied Mary. "Now let us see who can run the faster."

Mary started off at a run towards the swing; but Ruth called her back, and said, "Stop, my dear, you will wet those nice new shoes in the damp grass; and then your mother will blame me for not taking better care of you. We will go by the gravel road to the grove."

"Yes, ma'am," answered Mary, turning her head to hide her smiles; and then, seeing a flower, Mary cried, "Oh! what a beautiful flower! Tell me what it is, aunty. I think I never saw one like it before. What a heavenly blue! And how nicely the edges are fringed!"

"Yes, my dear: that is a fringed gentian," said Ruth. "It is one of the latest of our wild autumn flowers; and I am not surprised that you admire it."

"It is indeed lovely," exclaimed Mary. "You must teach me all about these wild flowers, aunty; for we city girls have few opportunities of seeing them."

"Yes, my dear niece, I will teach you," returned Ruth. "I want you to learn a lesson of some kind every day you are with us."

Mary burst out into a laugh that she could not control.

"Why, what are you laughing at, my dear?" asked Aunt Ruth.

But Mary, to escape replying to the question, ran and took hold of the swing. "Now for it, aunty!" said she.

Mary sat down in the swing, and Ruth pushed her from behind; and, after she had swung enough, Ruth took her to the barn. But here, I regret to say, the sight of a pile of hay on the barn-floor was too much for Niece Mary. She seemed to lose all her reverence at once.

Seizing Aunt Ruth, she threw her on the hay, and covered her up with it, crying out, "You precious little aunty, I must have a frolic, or I shall die. So forget that you are an aunt, and try to remember that you are nothing, after all, but a darling little girl."

Ruth, though at first surprised, was too sensible a girl to be offended. Papa came in; and, seeing aunt and niece on the hay, he covered them both up with it, till they begged to be let out, and promised to be good.

He was just from the garden, and had thrown down his hoe, rake, and watering-pot, and taken off his straw-hat. But the hat suddenly disappeared, and papa wondered where it was. Niece Mary had slipped it under the hay.

"Uncle," said George, "what makes you call that great clumsy dog 'Watch'? A watch goes 'tick, tick,' as busy as can be all the time; and this dog is a lazy old fellow."

"I know that," said Uncle Henry; "but he is called Watch, because he acts the part of a watchman, or guard, to keep off thieves and stragglers.