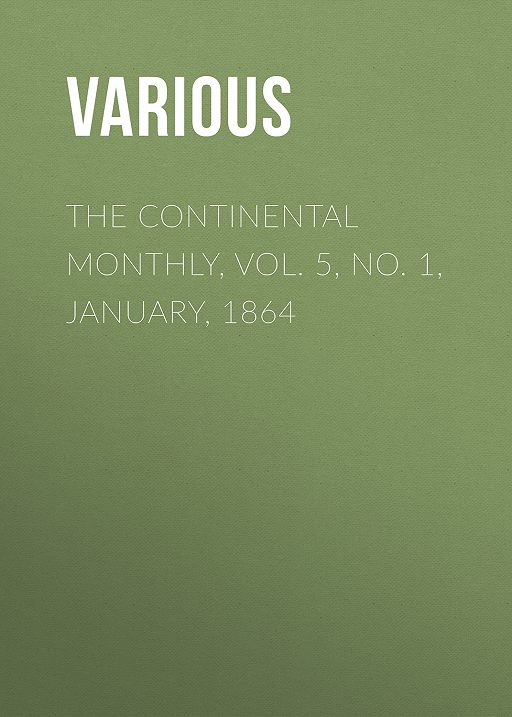 Time makes many dark things clear, and often in a wonderfully short and decisive way. So we said hopefully two years and more ago in regard to one of the unsolved problems which then pressed on the minds of thoughtful men—how, namely, it was to fare with slavery in the progress and sequel of the war. The history of our national struggle has illustrated the truth and justified the hope. Time has quite nearly solved that problem and some others almost equally perplexing. The stream of historical causes has borne the nation onward on the bosom of its inevitable flow, until we can now almost see clear through to the end; at any rate, we have reached a point where we can look backward and forward with perhaps greater advantage than at any former period. What changes of opinion have been wrought! How many doubts resolved! How many fears dispelled! How many old prejudices and preconceived notions have been abandoned! How many vexed questions put at rest! How many things have safely got an established place among accepted and almost generally acceptable facts, which were once matters of loyal foreboding and of disloyal denunciation! No man of good sense and loyalty now doubts the rightfulness and wisdom of depriving the rebels of the aid derived from their slaves, and making them an element of strength on our side; while the fact that the enfranchised slaves make good soldiers, is put beyond question by an amenability to military discipline and a bravery in battle not surpassed by any troops in the world.

HAS THE WAR GONE SLOWLY?

The work of subduing the rebellion has gone slowly as compared with the impatient demands of an indignant people at the outset; but not slowly if you consider the vast theatre of the war, the immense extent of the lines of military operations, and the prodigious advantages possessed by the rebels at the beginning—partly advantages such as always attend the first outbreak of a revolutionary conspiracy long matured in secret against an unsuspecting and unprepared Government, and partly the extraordinary and peculiar advantages that accrued to them from the traitorous complicity of Buchanan's Administration, through which the conspirators were enabled to rob the national treasury, strip the Government of arms, and possess themselves of national forts, arsenals, and munitions of war, before the conflict began.

But either way the war has not gone too slowly with reference to its great end—the establishment of a durable peace. If the rebellion had been crushed at once by overwhelming force, it would have been crushed only to break out anew. Slavery would have been left unimpaired, and that would inevitably have entailed another conflict in no long time. In the interest of slavery the rebels have drawn the sword; let slavery perish by the sword. In the interest of slavery they have attempted to overthrow the National Government and to dismember the national domain; let slavery be overthrown to maintain the Government and to preserve the integrity of the nation. Let the cause of the war perish with the war. Not until slavery is extinguished can there be a lasting peace; for not until then can the conditions of true national unity begin to exist. What wise and good man would wish to save it from extinction? It is as incompatible with the highest prosperity of the South as it is with a true national union between the South and the North. Once extinguished, there will be a thousand-fold increase in every element of Southern welfare, economical, social, and moral; and possibilities of national wealth and strength, greatness and glory, above every nation on the globe, will be established. Let slavery go down. Let us rejoice that in the progress and sequel of this war, it must and will go down.

Looking back, we can now see that much that was trying to the patience of the loyal masses of the North in the early stages of the war, has only served to make it more certain that what ought to be will be. Time has done justice to the idiotic policy of fighting the rebellion with one hand and with the other upholding the institution that constituted at once its motive and its strength. Time has brought policy and justice to shake hands together at the right moment on the same road, and made that respectable and acceptable as a military necessity which was once repudiated as a fanaticism. Time has brought out the President's Emancipation Proclamation, and established it on a firm basis in the judgment and consent of all wise and true loyal men, North and South—to the great discomfiture of sundry politicians—the utterances of some of whom not long ago can be no otherwise taken than as the revelation and despairing death wail of disconcerted schemes. Strange that men whose whole lives have been passed in forecasting public opinion for their political uses, should have rushed upon the thick bosses of the great shield of the public will, which begirts the President and his Emancipation Proclamation;—for certainly all the railing at radicalism, which we heard in certain quarters last summer, was in fact nothing but the expression of disappointment and chagrin at the emancipation policy of the President, and that too at a time when that policy had come to be accepted by the great body of the loyal people of the nation (including all the eminent Southern loyalists), as not only indispensable to the national salvation, but desirable in every view. Strange that at such a time, and among those once active and influential in the formation of the Republican party—a party born of the roused spirit of resistance to slavery aggressions—there should have been found a single person unable to discern and to accept the inevitable logic of events which was to make the extinction of slavery the only wise, practicable, and truly loyal stand point. Strange that any Republican should be disposed to put a stop to the 'irrepressible conflict.' It was too late in the day to attempt the organization of a great, victorious Conservative party by splitting up the old organizations. The old organizations may fall to pieces. It is best, perhaps, they should—but not to form a Conservative party. Conservatism is not now to the popular taste. It means nothing but the saving of slavery, and the great body of the loyal people now feel absolved from all obligation to save it; they do not care to have it saved; and the vaticinations of those prophets of evil who predicted disaster and ruin to the national cause from the emancipation policy of the Government excite no consternation in the loyal heart of the nation.

In a review of the conduct of the war, how little reason appears for regret and how much for satisfaction in regard to all the great measures of the Government!

The successful working of the financial system has demonstrated the wisdom of its principles. Instead of following the old wretched way of throwing an immense amount of stocks into market at a sacrifice of fifteen to thirty per cent., the Government has got all the money it wanted at half or a little more than half the usual rate of interest. It would have been better if the currency had been made to consist wholly of United States legal-tender notes, fundable in six per cent., bonds—with a proper provision for the interest and for a sinking fund.

But the financial system adopted is a matter of satisfaction, apart from its admirable success in furnishing the Government with the means to carry on the war: it is the inauguration of sounder principles on currency than have heretofore prevailed, which, if unfolded and carried legitimately out, will give the country the best currency in the world—perfectly secured, uniform in value at every point, and liable to no disastrous expansions and contractions. The notion that any great industrial, manufacturing, and commercial nation can conduct its business—any more than it can carry on a great war—with a specie currency alone, is indeed exploded; but the notion that a paper currency to be safe must be based on specie, still prevails—although the currency furnished by the thousands of banks scattered throughout the country has never been really based upon the actual possession of specie to the extent of more than one fifth of the amount in circulation. It may be the doctrine will never come to prevail that a specie basis in whole or in part is no more indispensable to a sound and safe paper currency than an exclusive specie currency is possible or desirable in a country like this. It may be that the people will never come to believe that a legal-tender paper currency, issued exclusively by the National Government—based upon the credit of the nation, constituting a lien upon all the property of the country, and proportioned in amount of issue to the needs of the people for it as an instrument of exchange—would, for all home uses, possess in full perfection the nature, functions, and powers of money. It is a subject we do not propose to discuss. It is enough now to say that the notes of the United States, fundable in national six per cent. bonds, and drawing interest as they do semi-annually in gold, must be admitted by everybody to be as safe a currency as the banks as a whole have ever supplied, and to possess other advantages which make them incomparably a better currency than that of local banks.

The high price to which gold has been carried by gambling speculators, is not to be taken as indicating a proportionate want of confidence in the success of the national cause and in the intrinsic value of the national securities. It indicates nothing of the sort—at any rate, whatever it may be taken to indicate, it is none the less true that United States six per cent. bonds were from the first eagerly sought for and taken as investments at the rate of a million a day—faster indeed than the Government could at first supply them; with a constantly augmenting demand, until in the last week of October thirty-six millions were disposed of—leaving only one hundred and fifty millions unsold, which will doubtless all be taken before this paper is published. Comment on this is entirely needless.