Lippincott's Magazine of Popular Literature and Science, Volume 12, No. 29, August, 1873 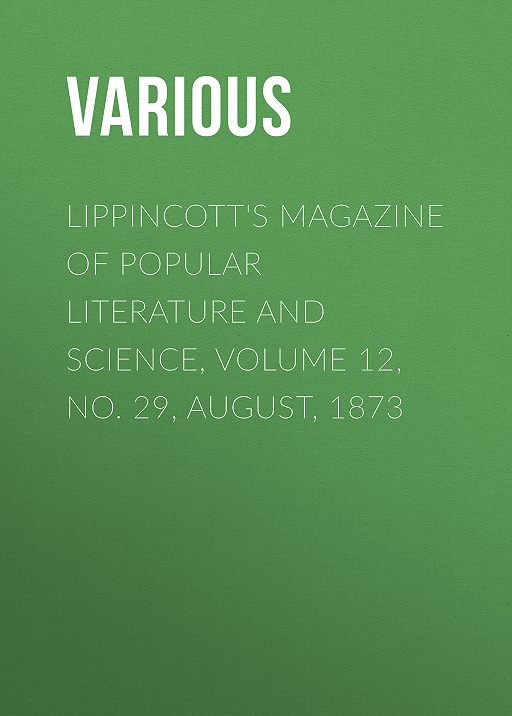 FROM PARIS TO MARLY BY WAY OF THE RHINE.
II.—THE TWO CHICKENS

"Thou art no less a man because thou wearest no hauberk nor mail sark, and goest not on horseback after foolish adventures."

So I said, reassuring myself, thirty years ago, when, as Paul Flemming the Blond, I was meditating the courageous change of cutting off my soap-locks, burning my edition of Bulwer and giving my satin stocks to my shoemaker: I mean, when I was growing up—or, in the more beauteous language of that day, when Flemming was passing into the age of bronze, and the flowers of Paradise were turning to a sword in his hands.

Well, I say it again, and I say it with boldness, you can wear a tin botany-box as bravely as a hauberk, and foolish adventures can be pursued equally well on foot.

Stout, grizzled and short winded, I am just as nimble as ever in the pretty exercise of running down an illusion. Yet I must confess, as I passed the abattoirs of La Villette, whence blue-smocked butcher-boys were hauling loads of dirty sheepskins, I could not but compare myself to the honest man mentioned in one of Sardou's comedies: "The good soul escaped out of a novel of Paul de Kock's, lost in the throng on the Boulevard Malesherbes, and asking the way to the woods of Romainville."

Romainville! And hereabouts its tufts of chestnuts should be, or were wont to be of old. I am in the grimy quarter of Belleville. Scene of factories, of steam-works and tall bleak mansions as it is to-day, Belleville was once a jolly country village, separated on its hilltop from Paris, which basked at its feet like a city millionaire sprawling before the check apron and leather shoes of a rustic beauty. Inhabited by its little circle of a few thousand souls, it looked around itself on its eminence, seeing the vast diorama of the city on one side, and on the other the Près-Saint-Gervais, and the woods of Romainville waving off to the horizon their diminishing crests of green. A jolly old tavern, the Ile d'Amour, hung out its colored lamps among the trees, and the orchestra sounded, and the feet of gay young lovers, who now are skeletons, beat the floor. The street was a bower of lilacs, and opposite the Ile d'Amour was the village church.

Then the workmen of the Paris suburbs were invaders: they besieged the village on Sundays in daring swarms, to be beaten back successfully by the duties of every successive Monday. Now they are fixed there. They are the colorless inhabitants of these many-storied houses. The town's long holiday is over. Where the odorous avenues of lilacs stretched along, affording bouquets for maman and the children and toothpicks for ferocious young warriors from the garrisons, are odious lengths of wall. Everything is changed, and from the gardens the grisettes of Alfred de Musset are with sighing sent. Their haunts are laboratories now, and the Ile d'Amour is a mayor's office.

I, to whom the beer-scandals of the Rhine and the students' holidays of the Seine were among the Childe-Harold enormities of a not over-sinful youth, was sadly disappointed. Thinking of the groves of an Eden, I ran against the furnaces of a Pandemonium. For a stroll back toward my adolescence, Belleville was a bad beginning. I determined to console myself with the green meadows of Saint-Gervais and the pretty woods of Romainville. Attaining the latter was half an hour's affair among long walls and melancholy houses: at Saint-Gervais, a double file of walls and houses—at Romainville, houses and walls again. In the latter, where formerly there were scarcely three watches distributed amongst the whole village, I was incensed to find the shop of a clockmaker: it was somewhat consoling, though, to find it a clockmaker's of the most pronounced suburban kind, with pairs of wooden shoes amongst the guard-chains in the window, and pots of golden mustard ranged alternately with the antiquated silver turnips.

Before the church I found yet standing a knotty little elder tree, a bewitched-looking vegetable. A beadle in a blouse, engaged in washing one of the large altar-candles with soap and water at the public pump, gave me the following history of the elder tree. I am passionately fond of legends, and this is one quite hot and fresh, only a hundred years old. Hear the tale of the elder of Romainville.

The excellent curé of Romainville in the last century was a man of such a charitable nature that his all was in the hands of the poor. The grocer of the village, a potentate of terrific powers and inexorable temper, finally refused to trust him with the supply of oil necessary for the lamp in the sanctuary. Soon the sacred flame sputtered, palpitated, flapped miserably over the crusted wick: the curé, responsible before Heaven for the life of his lamp, tottered away from the altar with groans of anguish. Arrived in the garden, he threw himself on his knees, crying Meâ culpâ, and beating his bosom. The garden contained only medicinal plants, shaded by a linden and an elder: completely desperate, the unhappy priest fixed his moist eyes on the latter, when lo! the bark opened, the trunk parted, and a jet of clear aromatic liquid spouted forth, quite different from any sap yielded by elder before. It was oil. A miracle!

The report spread. The grocer came and humbly visited the priest in his garden, his haughty hat, crammed with bills enough to have spread agony through all the cottages of Romainville, humbly carried between his legs. He came proposing a little speculation. In exchange for a single spigot to be inserted in the tree, and the hydraulic rights going with the same, he offered all the bounties dearest to the priestly heart—unlimited milk and honey, livers of fat geese and pies lined with rabbit. The priest, though hungry—hungry with the demoniac hunger of a fat and paunchy man—turned his back on the tempter.

One day a salad, the abstemious relish yielded by his garden herbs, was set on the table by Jeanneton. At the first mouthful the good curé made a terrible face—the salad tasted of lamp-oil. The unhappy girl had filled a cruet with the sacred fluid. From that day the bark closed and the flow ceased.

There is one of the best oil-stories you ever heard, and one of the most recent of attested miracles. For my part, I am half sorry it is so well attested, and that I have the authority of that beadle in the blouse, who took my little two-franc piece with an expression of much intelligence. I love the Legend.

The environs of Paris are but chary of Legend. I treasure this specimen, then, as if it had been a rare flower for my botany-box.

But the botany-box indeed, how heavy it was growing! The umbrella, how awkward! The sun, how vigorous and ardent! Who ever supposed it could become so hot by half-past eight in the morning?

Certainly the ruthless box, which seemed to have taken root on my back, was heavier than it used to be. Had its rotundity developed, like its master's? I stopped and gathered a flower, meaning to analyze it at my next resting-place. I opened my box: then indeed I perceived the secret of its weightiness. It revealed three small rolls of oatmeal toasted, a little roast chicken, a bit of ham, some mustard in a cleaned-out inkstand! This now was the treachery of Josephine. Josephine, who never had the least sympathy for my botanical researches, and who had small comprehension of the nobler hungers and thirsts of the scientific soul, had taken it on her to convert my box into a portable meat-safe!

Bless the old meddler, how I thanked her for her treason! The aspect of the chicken, in its blistered and varnished brown skin, reminded me that I was clamorously hungry. Shade of Apicius! is it lawful for civilized mortals to be so hungry as I was at eight or nine in the morning?

At last I saw the end of that dusty, featureless street which stretches from the barrier to the extremity of Romainville. I saw spreading before me a broad plain, a kind of desert, where, by carefully keeping my eyes straight ahead, I could avoid the sight of all houses, walls, human constructions whatever.

My favorite traveler, the celebrated Le Vaillant, to whom I am indebted for so many facts and data toward my great theory of Comparative Geography, says that in first reaching the solitudes of Caffraria he felt himself elated with an unknown joy. No traced road was before him to dictate his pathway—no city shaded him with its towers: his fortune depended on his own unaided instincts.

I felt the same delight, the same liberty. Something like the heavy strap of a slave seemed to break behind me as I found myself quite clear of the metropolis. Mad schemes of unanticipated journeys danced through my head; I might amble on to Villemonble, Montfermeil, Raincy, or even to the Forest of Bondy, so dear to the experimental botanist. Had I not two days before me ere my compact with Hohenfels at Marly? And in two days you can go from Paris to Florence. Meantime, from the effects of famine, my ribs were sinking down upon the pelvic basin of my frame.

The walk, the open air, the sight of the fowl, whose beak now burned into my bosom's core, had sharpened my appetite beyond bearing. Yet how could I eat without some drop of cider or soft white wine to drink? Besides, slave of convention that I have grown, I no longer understand the business of eating without its concomitants—a shelter and something to sit on.

Lippincott's Magazine of Popular Literature and Science, Volume 12, No. 29, August, 1873