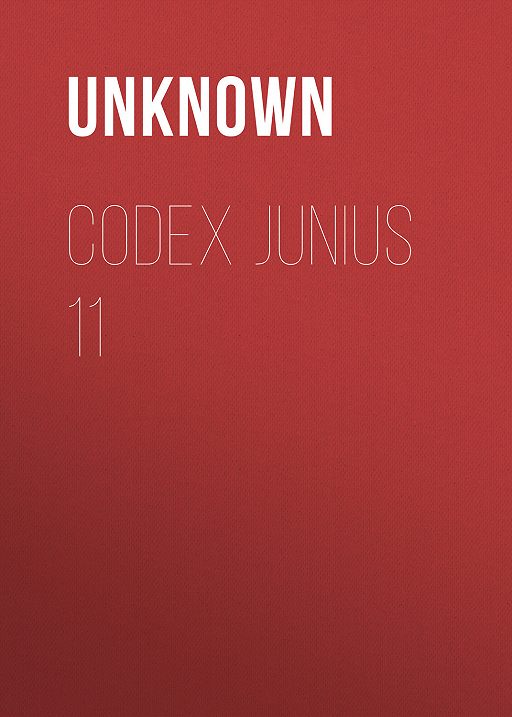 This file contains translations from the Anglo-Saxon of the following works: "Genesis A", "Genesis B", "Exodus", "Daniel", and "Christ and Satan". All are works found in the manuscript of Anglo-Saxon verse known as "Junius 11."

These works were originally written in Anglo-Saxon, sometime between the 7th and 10th Centuries A.D. Although sometimes ascribed to the poet Caedmon (fl. late 7th Century), it is generally thought that these poems do not represent the work of one single poet.

Doane, A.N. (ed.): "The Saxon Genesis: An Edition of the West Saxon Genesis B and the Old Saxon Vatican Genesis" (University of Wisconsin Press, Madison, 1991)

The reason for this interpolation is not known. Perhaps the original compiler preferred the version of the story presented in "Genesis B", or perhaps the text of "Genesis A" from which he was working with was missing this section. Adding to this confusion is evidence that "Genesis B" appears to be a translation from an earlier and separate Old Saxon retelling of the biblical "Book of Genesis", a fragment of which (corresponding to lines #791-817 of "Genesis B") survives.

"Genesis", like the other poems of "Codex Junius 11", is not a direct translation into Anglo-Saxon of the Old Testament "Book of Genesis". Rather, it is an effort to retell the story in the poetry and style of the Germanic Epic, a style still popular with the Anglo-Saxons at the time "Junius 11" was compiled.

(ll. 1-28) Right is it that we praise the King of heaven, the Lord of hosts, and love Him with all our hearts. For He is great in power, the Source of all created things, the Lord Almighty. Never hath He known beginning, neither cometh an end of His eternal glory. Ever in majesty He reigneth over celestial thrones; in righteousness and strength He keepeth the courts of heaven which were established, broad and ample, by the might of God, for angel dwellers, wardens of the soul. The angel legions knew the blessedness of God, celestial joy and bliss. Great was their glory! The mighty spirits magnified their Prince and sang His praise with gladness, serving the Lord of life, exceeding blessed in His splendour. They knew no sin nor any evil; but dwelt in peace for ever with their Lord. They wrought no deed in heaven save right and truth, until the angel prince in pride walked in the ways of error. Then no longer would they work their own advantage, but turned away from the love of God. They boasted greatly, in their banded strength, that they could share with God His glorious dwelling, spacious and heavenly bright.

(ll. 28-46) Then sorrow came upon them, envy and insolence and pride of the angel who first began that deed of folly, to plot and hatch it forth, and, thirsting for battle, boasted that in the northern borders of heaven he would establish a throne and a kingdom. Then was God angered and wrathful against that host which He had crowned before with radiance and glory. For the traitors, to reward their work, He shaped a house of pain and grim affliction, and lamentations of hell. Our Lord prepared this torture-house of exiles, deep and joyless, for the coming of the angel hosts. Well He knew it lay enshrouded in eternal night, and filled with woe, wrapped in fire and piercing cold, smoke-veils and ruddy flame. And over that wretched realm He spread the brooding terror of torment. They had wrought grievous wrong together against God. Grim the reward they gained!

(ll. 47-77) Fierce of heart, they boasted they would take the kingdom, and easily. But their hope failed them when the Lord, High King of heaven, lifted His hand against their host. The erring spirits, in their sin, might not prevail against the Lord, but God, the Mighty, in His wrath, smote their insolence and broke their pride, bereft these impious souls of victory and power and dominion and glory; despoiled His foes of bliss and peace and joy and radiant grace, and mightily avenged His wrath upon them to their destruction. His heart was hardened against them; with heavy hand He crushed His foes, subdued them to His will, and, in His wrath, drove out the rebels from their ancient home and seats of glory. Our Lord expelled and banished out of heaven the presumptuous angel host. All-wielding God dismissed the faithless horde, a hostile band of woeful spirits, upon a long, long journey. Crushed was their pride, their boasting humbled, their power broken, their glory dimmed. Thenceforth those dusky spirits dwelt in exile. No cause had they to laugh aloud, but, racked with pangs of hell, they suffered pain and woe and tribulation, cloaked with darkness, knowing bitter anguish, a grim requital, because they sought to strive with God.

(ll. 78-81) Then was there calm as formerly in heaven, the kindly ways of peace. The Lord was dear to all, a Prince among His thanes, and glory was renewed of angel legions knowing blessedness with God.

(ll. 82-91) The citizens of heaven, the home of glory, dwelt again in concord. Strife was at an end among the angels, discord and dissension, when those warring spirits, shorn of light, were hurled from heaven. Behind them stretching wide their mansions lay, crowned with glory, prospering in grace in God's dominion, a sunny, fruitful land, empty of dwellers, when the accursed spirits reached their place of exile within Hell's prison-walls.

(ll. 92-102) Then our Lord took counsel in the thoughts of His heart how He might people, with a better host, the great creation, the native seats and gleaming mansions, high in heaven, wherefrom these boastful foes had got them forth. Therefore with mighty power Holy God ordained, beneath the arching heavens, that earth and sky and the far-bounded sea should be established, earth-creatures in the stead of those rebellious foes whom He had cast from heaven.

(ll. 103-119) As yet was nought save shadows of darkness; the spacious earth lay hidden, deep and dim, alien to God, unpeopled and unused. Thereon the Steadfast King looked down and beheld it, a place empty of joy. He saw dim chaos hanging in eternal night, obscure beneath the heavens, desolate and dark, until this world was fashioned by the word of the King of glory. Here first with mighty power the Everlasting Lord, the Helm of all created things, Almighty King, made earth and heaven, raised up the sky and founded the spacious land. The earth was not yet green with grass; the dark waves of the sea flowed over it, and midnight darkness was upon it, far and wide.

(ll. 119-134) Then in radiant glory God's holy spirit moved upon the waters with wondrous might. The Lord of angels, Giver of life, bade light shine forth upon the spacious earth. Swiftly was God's word fulfilled; holy light gleamed forth across the waste at the Creator's bidding. Over the seas the Lord of victory divided light from darkness, shadow from radiant light. The Lord of life gave both a name. By the word of God the gleaming light was first called day. And in the beginning of creation was God well pleased. The first day saw the dark and brooding shadows vanish throughout the spacious earth.

(ll. 135-143) The day departed, hasting over the dwellings of earth. And after the gleaming light the Lord, our maker, thrust on the first of evenings. Murky gloom pressed hard upon the heels of day; God called it night. Our Lord sundered them, one from the other; and ever since they follow out the will of God to do it on the earth.

(ll. 143-153) Then came a second day, light after darkness. And the Lord of life ordained a pleasant firmament amid the waters. Our Lord sundered the seas and established the heavens. By His word the King, Almighty God, raised them above the earth. The waters were divided under the heavens by His holy might; the waters were sundered from the waters, under the firmament.

(ll. 154-168) Then came hasting over the earth the third fair morning. Not yet were the wide ways and spacious tracts useful unto God, but the land lay covered by the deep. The Lord of angels, by His word, commanded that the waters come together, which now beneath the heavens hold their course and place ordained. Then suddenly, wide-stretching under heaven, lay the sea, as God gave bidding. The great deep was sundered from the land. The Warden of life, the Lord of hosts, beheld the dry ground far outspread. And the King of glory called it earth. For the ocean-billows and the wide-flung sea He set a lawful path and lettered them....