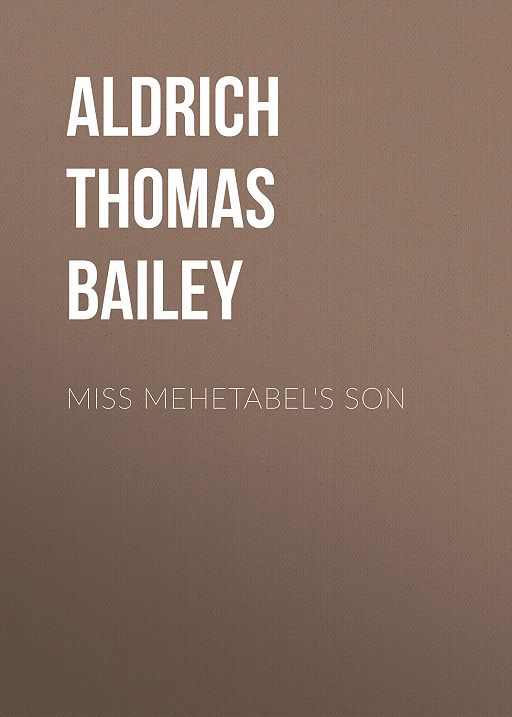 I. THE OLD TAVERN AT BAYLEY’S FOUR CORNERS

You will not find Greenton, or Bayley’s Four-Corners, as it is more usually designated, on any map of New England that I know of. It is not a town; it is not even a village; it is merely an absurd hotel. The almost indescribable place called Greenton is at the intersection of four roads, in the heart of New Hampshire, twenty miles from the nearest settlement of note, and ten miles from any railway station. A good location for a hotel, you will say. Precisely; but there has always been a hotel there, and for the last dozen years it has been pretty well patronized—by one boarder. Not to trifle with an intelligent public, I will state at once that, in the early part of this century, Greenton was a point at which the mail-coach on the Great Northern Route stopped to change horses and allow the passengers to dine. People in the county, wishing to take the early mail Portsmouth-ward, put up overnight at the old tavern, famous for its irreproachable larder and soft feather-beds. The tavern at that time was kept by Jonathan Bayley, who rivalled his wallet in growing corpulent, and in due time passed away. At his death the establishment, which included a farm, fell into the hands of a son-in-law. Now, though Bayley left his son-in-law a hotel—which sounds handsome—he left him no guests; for at about the period of the old man’s death the old stage-coach died also. Apoplexy carried off one, and steam the other. Thus, by a sudden swerve in the tide of progress, the tavern at the Corners found itself high and dry, like a wreck on a sand-bank. Shortly after this event, or maybe contemporaneously, there was some attempt to build a town at Green-ton; but it apparently failed, if eleven cellars choked up with débris and overgrown with burdocks are any indication of failure. The farm, however, was a good farm, as things go in New Hampshire, and Tobias Sewell, the son-in-law, could afford to snap his fingers at the travelling public if they came near enough—which they never did.

The hotel remains to-day pretty much the same as when Jonathan Bayley handed in his accounts in 1840, except that Sewell hasfrom time to time sold the furniture of some of the upper chambers to bridal couples in the neighborhood. The bar is still open, and the parlor door says Parlour in tall black letters. Now and then a passing drover looks in at that lonely bar-room, where a high-shouldered bottle of Santa Cruz rum ogles with a peculiarly knowing air a shrivelled lemon on a shelf; now and then a farmer rides across country to talk crops and stock and take a friendly glass with Tobias; and now and then a circus caravan with speckled ponies, or a menagerie with a soggy elephant, halts under the swinging sign, on which there is a dim mail-coach with four phantomish horses driven by a portly gentleman whose head has been washed off by the rain. Other customers there are none, except that one regular boarder whom have mentioned.

If misery makes a man acquainted with strange bed-fellows, it is equally certain that the profession of surveyor and civil engineer often takes one into undreamed-of localities. I had never heard of Greenton until my duties sent me there, and kept me there two weeks in the dreariest season of the year. I do not think I would, of my own volition, have selected Greenton for a fortnight’s sojourn at any time; but now the business is over, I shall never regret the circumstances that made me the guest of Tobias Sewell, and brought me into intimate relations with Miss Mehetabel’s Son.

It was a black October night in the year of grace 1872, that discovered me standing in front of the old tavern at the Corners.

Though the ten miles’ ride from K– had been depressing, especially the last five miles, on account of the cold autumnal rain that had set in, I felt a pang of regret on hearing the rickety open wagon turn round in the road and roll off in the darkness. There were no lights visible anywhere, and only for the big, shapeless mass of something in front of me, which the driver had said was the hotel, I should have fancied that I had been set down by the roadside. I was wet to the skin and in no amiable humor; and not being able to find bell-pull or knocker, or even a door, I belabored the side of the house with my heavy walking-stick. In a minute or two I saw a light flickering somewhere aloft, then I heard the sound of a window opening, followed by an exclamation of disgust as a blast of wind extinguished the candle which had given me an ien silhouette of a man leaning out of a casement.