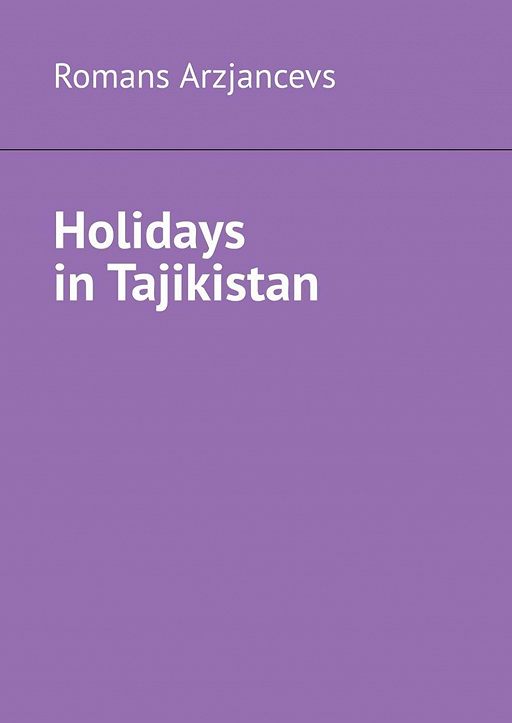 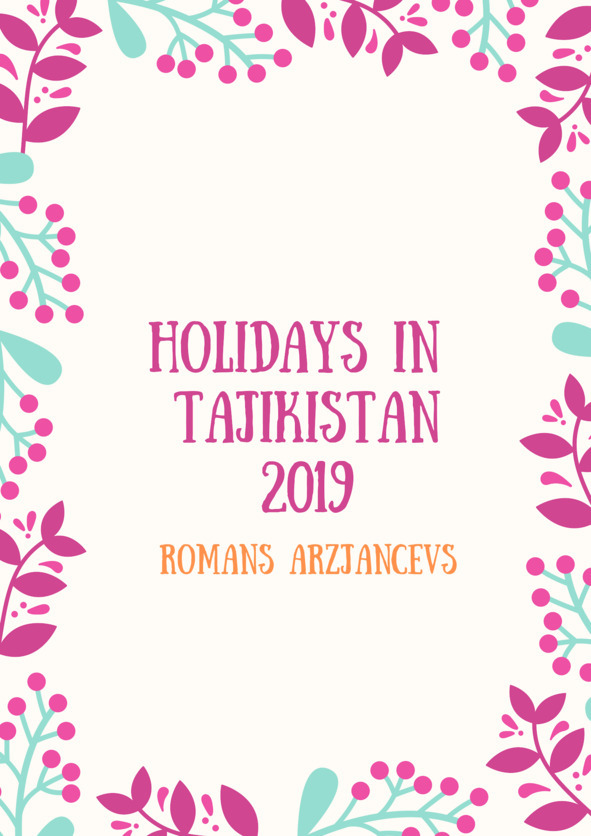 New Year is a holiday in Tajikistan, but only 1 January is a free day. Well, what I can say about this holiday. It is because it celebrates in many countries of the world, and because in the countries of the former republics of the Soviet Union. That’s why many Tajik decorate their flats or home with a New Year s tree and some another of these holiday traditional decorations. Need to say, that the main new year s tree, which sets in the capital of the Tajikistan Republic, in Dushanbe city often set on 27 of December and cleaned the new year s tree on some 10 of January, but in the past years, so from the end of the 2017 year, the setting of the main republic new year s tree happened on 9 of December, so about three weeks before the New Year’s Day. This tradition goes from the 2017 year, how I said before when the mayor of Dushanbe city became Rustam Emomali. And that’s why the symbol of the New Year stands on the main square of the Tajik capital, so on Dusti square. But there was not the same, how it was in a few years before. For example in the 2015 year, the main New Year s tree set on 30 of December and took off on 2 of January. So, the citizens of the Tajikistan Republic and its capital felt New Year s feelings only four or five days. And now, the New Year s decorations stand and decorate the capital about the month. So, from the beginning of December and until the middle of January we can observe these decorations. I need to say, that some Islamic traditions took the main parts of these holidays. You know, in the countries, which Islam is the main religion of these countries New Year celebrates on another day of the year. For example, the 1440 year on Muslim traditional time started on 12 of the September 2018 year. And these holidays calls Islamic New Year and it s celebrates in many countries of the Arabic peninsula, especially in Saudi Arabia and the United Arabic Emirates, but in Central Asia, as You know these holidays not celebrates. In Central Asia countries and in Tajikistan, 1 January – is the former Soviet tradition, and people of these countries saved this holiday. People and nations of the Central Asia region use the Gregorian calendar, how the main countries of the world. Also, we need to say, that the main New Year s tree in Tajikistan is 28 meters high, and in diameter is approximately 13 meters. The New Year s tree was decorated in the 2018 year of 14 thousand toy decorations. So, if You took this fact, as the true, Tajikistan decorated the main New Year s tree the first in Central Asia. And because, the nation of these Central Asia Republic is very proud of that fact, which gave Tajiks to think, that they were the first nation in Central Asia Region to decorates there capital. But in the past years, the main tradition of the New Year is to celebrate this holiday in the main cities streets or squares. So it also becomes, as true in the Tajik capital. So, on New Year’s Eve, on 31 December in Dushanbe, in the Dusti square is a traditional holiday concert with the Tajik singers and at the midnight there are about 5 minutes of firework. Need to write also about some and traditional fairs, which took place in Dushanbe in Rudaki prospect, and it is possible to buy some presents for the New Year and presents for the relatives or parents. There it is also possible to buy traditional Tajik food and especially traditional Tajik cakes or bread. So this is the reason, why there is a very amazing atmosphere and truly magical in the main city of Tajikistan so in the Dushanbe capital. And because of the people of all of Tajikistan with the best wishes to each other for the all next year.