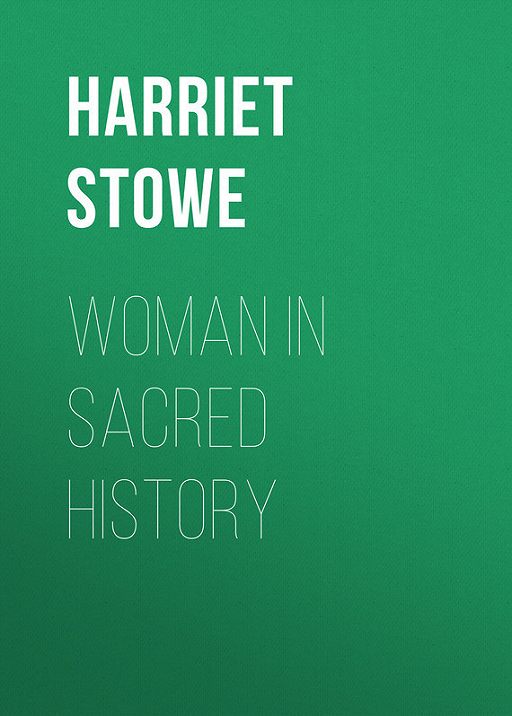 Woman in Sacred History A Series of Sketches Drawn from Scriptural, Historical, and Legendary Sources

The object of the following pages will be to show, in a series of biographical sketches, a history of Womanhood under Divine culture, tending toward the development of that high ideal of woman which we find in modern Christian countries.

All the characters comprised in these sketches belong to one nationality. They are of that mysterious and ancient race whose records begin with the dawn of history; who, for centuries, have been sifted like seed through all the nations of the earth, without losing either their national spirit or their wonderful physical and mental vigor.

By this nation the Scriptures, which we reverence, were written and preserved. From it came all the precepts and teachings by which our lives are guided in things highest and holiest; from it came He who is at once the highest Ideal of human perfection and the clearest revelation of the Divine.

We are taught that the Creator revealed himself to man, not at once, but by a system progressively developing from age to age. Selecting one man, he made of his posterity a sacerdotal nation, through which should gradually unfold a religious literature, and from which should come a succession of religious teachers, and the final development, through Jesus, of a religion whose ultimate triumphs should bring complete blessedness to the race.

In tracing the Bible narrative from the beginning, it is interesting to mark the effect of this great movement in its relation to women. The characters we have selected will be arranged for this purpose in a series, under the following divisions: —

I. Women of the Patriarchal Ages

II. Women of the National Period

III. Women of the Christian Period

We understand by the patriarchal period the interval between the calling of Abraham and the public mission of Moses. The pictures of life at this time are interesting, because they give the clearest idea of what we may call the raw material on which the educational system of the Divine Being began to work. We find here a state of society the elements of which are in some respects peculiarly simple and healthful, and in others exhibiting the imperfections of the earth's childhood. Family affection appears to be the strongest force in it, yet it is family affection with the defects of an untaught, untrained morality. Polygamy, with its well-known evils, was universal in the world. Society was broken into roving tribes, and life was a constant battle, in which artifice and deception were the only refuge of the quiet and peace-loving spirit. Even within the bounds of the family, we continually find fraud, artifice, and deception. Men and women, in that age of the world, seem to have practiced deceit and spoken lies, as children do, from immaturity and want of deep reflection. A certain childhood of nature, however, is the redeeming charm in all these pictures. There is an honest simplicity in the narrative, which refreshes us like the talk of children.

We have been so long in the habit of hearing the Bible read in solemn, measured tones, in the hush of churches, that we are apt to forget that these men and women were really flesh and blood, of the same human nature with ourselves. A factitious solemnity invests a Bible name, and some good people seem to feel embarassed by the obligation to justify all the proceedings of patriarchs and prophets by the advanced rules of Christian morality. In this respect, the modern fashion of treating the personages of sacred story with the same freedom of inquiry as the characters of any other history has its advantages. It takes them out of a false, unnatural light, where they lose all hold on our sympathies, and brings them before us as real human beings. Read in this way, the ancient sacred history is the purest naturalism, under the benevolent guidance of the watchful Father of Nations.

Pascal very wisely says, "The whole succession of men during the long course of ages ought to be considered as a single man, who exists and learns from age to age." Considered in this light, it is no more difficult to conceive of an infinite Father tolerating an imperfect childhood of morals in the whole human race, than in each individual of that race. The patriarchs are to be viewed as the first pupils in the great training-school whence the world's teachers in morals were to come, and they are shown to us in all the crudity of early pupilage. The great virtue of which they are presented as the pattern is the virtue of the child and the scholar – FAITH.

Faith, the only true reason for weak and undeveloped natures, was theirs, and as the apostle says, "it was counted to them for righteousness." However imperfect and uncultured one may be, if he has implicit trust in an infallible teacher, he is in the way of all attainment.

The faith of which Abraham is presented as the example is not the blind, ignorant superstition of the savage. Not a fetish, not a selfish trust in a Patron Deity for securing personal advantages, but an enlightened, boundless trust in the Supreme power, wisdom, and rectitude. "The Judge of all the earth will do right." In this belief, Abraham trusts him absolutely. To him he is willing to surrender the deepest and dearest hopes of his life, and sacrifice even the son in whom center all the nerves of joy and hope, "accounting," as the Apostle tells us, "that God was able to raise him from the dead."

Nor was this faith bounded by the horizon of this life. We are informed by the Apostle Paul, who certainly well understood the traditions of his nation, that Abraham looked forward to the same heavenly home which cheers the heart of the Christian. "By faith Abraham, when he was called to go out into a place which he should after receive for an inheritance, obeyed; and he went out, not knowing whither he went. By faith he sojourned in the land of promise, as in a strange country, dwelling in tabernacles with Isaac and Jacob, the heirs with him of the same promise: for he looked for a city that hath foundations, whose builder and maker is God. They – the patriarchs – desired a better country, even an heavenly: wherefore God is not ashamed to be called their God." (Heb. xi. 8-10, 16.)

We are further told that this faith passed as a legacy through the patriarchal families to the time of Moses, and that the inspiring motive of his life was the invisible God and the future world beyond the grave. "By faith Moses, when he was come to years, refused to be called the son of Pharaoh's daughter, choosing rather to suffer affliction with the people of God, than to enjoy the pleasures of sin for a season; esteeming the reproach of Christ greater riches than the treasures of Egypt, for he had respect unto the recompense of reward. By faith he forsook Egypt, not fearing the wrath of the great king; for he endured as seeing him who is invisible." (Heb. xi. 24-27.) It has been blindly asserted that the hope of a future life was no part of the working force in the lives of these ancient patriarchs. Certainly, no one ever sacrificed more brilliant prospects of things seen and temporal, for the sake of things unseen and eternal, than Moses.

Finally, one remarkable characteristic of all these old patriarchs was the warmth of their affections. Differing in degree as to moral worth, they were all affectionate men. So, after all that Christianity has done for us, after all the world's growth and progress, we find no pictures of love in family life more delicate and tender than are given in these patriarchal stories. No husband could be more loyally devoted to a wife than Abraham; no lover exhibit less of the eagerness of selfish passion and more of enduring devotion than Jacob, who counted seven years of servitude as nothing, for the love he bare his Rachael; and, for a picture of parental tenderness, the story of Joseph stands alone and unequalled in human literature.

In the patriarchal families, as here given, women seem to have reigned as queens of the interior. Even when polygamy was practiced, the monogamic affection was still predominant. In the case of Abraham and Jacob, it appears to have been from no wandering of the affections, but from a desire of offspring, or the tyranny of custom, that a second wife was imposed.

Female chastity was jealously guarded. When a young prince seduced Dinah, the daughter of Jacob, although offering honorable marriage, with any amount of dowry, the vengeance of the brothers could only be appeased by blood; and the history of Joseph shows that purity was regarded as a virtue in man as well as in woman. Such, then, was the patriarchal stock, – the seed-form of the great and chosen nation. Let us now glance at the influences which nourished it through the grand growth of the prophetic or national period, up to the time of its consummate blossom and fruit in the Christian era.

Moses was the great lawgiver to mold this people into a nation. His institutes formed a race of men whose vital force has outlived conquest, persecution, dispersion, and every possible cause which could operate to destroy a nationality; so that, even to our time, talent and genius spring forth from the unwasted vigor of these sons and daughters of Abraham. The remarkable vigor and vitality of the Jewish race, their power of adaptation to every climate, and of bearing up under the most oppressive and disadvantageous circumstances, have attracted the attention of the French government, and two successive commissions of inquiry, with intervals of three or four years between, have been instituted, "on the causes of the health and longevity of the Jewish race."

In the "Israelite" of February 9, 1866, we have, on this subject, the report of M. Legoyt, chief of a division of the ministry of commerce and public works, one of the first statisticians of France. He says: "We have seen that all the documents put together are affirmative of an exceptional vitality of the Jews. How can this phenomenon be explained? Dietrici, after having demonstrated its existence in Prussia, thinks it is to be attributed to greater temperance, a better regulated life, and purer morals. This is likewise the opinion of Drs. Neufville, Glatter, and Meyer. Cases of drunkenness, says Dietrici, frequent among the Christians, occur very rarely among the Jews. This regularity and discipline, and greater self-control, of Jewish life is confirmed by the criminal statistics of Prussia, which show fewer Jews condemned for crime."

M. Legoyt goes on to account for this longevity and exceptional vitality of the Jews by the facts of their family life: that early marriages are more common; that great care is taken to provide for the exigencies of marriage; that there are fewer children born, and thus they are better cared for; that family feeling is more strongly developed than in other races; that the Jewish mother is the nurse of her own infant, and that great care and tenderness are bestowed on young children.

It is evident that the sanitary prescriptions of the Mosaic law have an important bearing on the health. If we examine these laws of Moses, we shall find that they consist largely in dietetic and sanitary regulations, in directions for detecting those diseases which vitiate the blood, and removing the subjects of them from contact with their fellows.