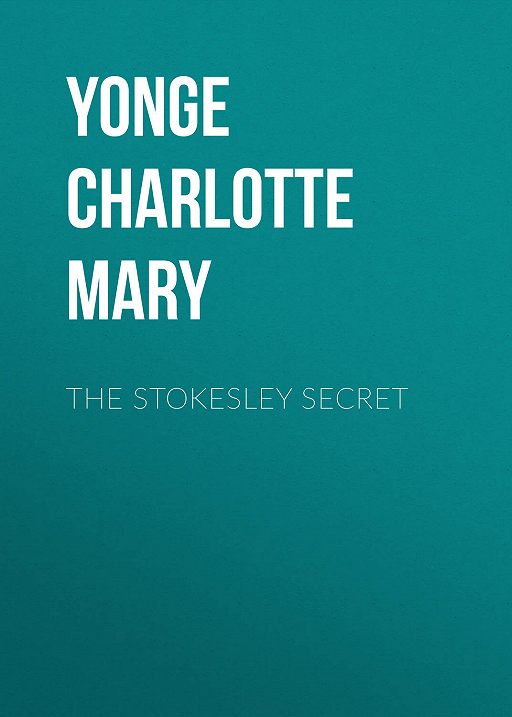 The question seemed to have been long under consideration, to judge by the manner in which it came out of the pouting lips of that sturdy young five-year-old gentleman, David Merrifield, as he sat on a volume of the great Latin Dictionary to raise him to a level with the tea-table.

Long, however, as it had been considered, it was unheeded on account of one more interesting to the general public assembled round the table.

“I say!” hallooed out a tall lad of twelve holding aloft a slice taken from the dish in the centre of the table, “I say! what do you call this, Mary?”

“Bread and butter, Master Sam,” replied rather pettishly the maid who had brought in the big black kettle.

“Bread and butter!  I call it bread and scrape!” solemnly said Sam.

“It only has butter in the little holes of it, not at the top, Miss Fosbrook,” said, in an odd pleading kind of tone, a stout good-humoured girl of thirteen, with face, hair, and all, a good deal like a nice comfortable apricot in a sunny place, or a good respectable Alderney cow.

“I think it would be better not to grumble, Susan, my dear,” replied, in a low voice, a pleasant dark-eyed young lady who was making tea; but the boys at the bottom of the table neither heard nor heeded.

“Mary, Mary, quite contrary,” was Sam’s cry, in so funny a voice, that Miss Fosbrook could only laugh; “is this bread and scrape the fare for a rising young family of genteel birth?”

“Oh!” with a pathetic grimace, cried the pretty-faced though sandy-haired Henry, the next to him in age, “if our beloved parents knew how their poor deserted infants are treated—”

“A fine large infant you are, Hal!” exclaimed Susan.

“No, no, Sam,” interposed Miss Fosbrook, laughing, “your brother is quite right; I am as much an infant in the eye of the law as little George.”

“Didn’t you what?” asked Susan, not in the most elegant English.

“Why, Martin Greville twitted us with having a girl for a governess,” said Henry; “he said it was a shame we should be taken in to think her grown up, when she was not twenty; and I said I would find out, and now I have done it!” he cried triumphantly.

“Everybody is quite welcome to know my age,” said Miss Fosbrook, the colour rising in her cheek.  “I was nineteen on the last of April; but I had rather you had asked me point blank, Henry, than tried to find out in a sidelong way.”

Henry looked a little surly; and Elizabeth, a nice-looking girl, who sat next to him and was nearest in age, said, “Oh! but that would have been so rude, Miss Fosbrook.”

“Rude, but honest,” said Miss Fosbrook; and Susan’s honest eyes twinkled, as much as to say, “I like that;” but she said, “I don’t believe Hal meant it.”

“I don’t care!” said Sam.  “Come, Mary, this plate is done—more bread and butter; d’ye hear? not bread and gammon!” and he began the chant, in which six voices joined till it became a roar, pursuing Mary down to the lower regions:—


“Thick butter and thin bread,
Or it shall be thrown at Mary’s head;
Thick bread and thin butter,
Is only fit for the ducks in the gutter.”

Elizabeth looked appealingly at Miss Fosbrook; but Miss Fosbrook was leaning back in her chair, her handkerchief up to her mouth, in fits of laughing, seeing which, the children bawled louder and louder; and Elizabeth only abstained from stopping her ears because she knew that was the sure way to be held fast, and have it bellowed into them.

Little Annie blundered in her eagerness upon

whereupon there was a general outcry.  “Nanny likes thick bread and thin butter, let her have it!” and Sam, Henry, and Johnnie directed a whole battery of their remaining crusts towards her cup, which would presently have been upset into her lap but for Miss Fosbrook, who recovered herself, and said gravely, “This must not be, Sam; I shall send you away from the table if you do.”

Sam wanted to see whether she would, and threw the crust.

“Sam,” she said very decidedly, though there was a quiver in her voice, as if she were frightened.

Sam looked up, and did not move.

“It is time that Sam should show that he has the feelings of a manly boy,” said Miss Fosbrook, looking full at him.  “He knows that I must keep my word, and that I have no strength to fight with him.—Sam, go and finish your tea on the window-seat.”

Her clear brown eyes looked full at him as she spoke, and all the young population watched to see what he would do.  He hesitated a moment, then took up his cup and plate, and sat down in the window-seat.

Miss Fosbrook breathed freely, and she had almost said, “Thank you, Sam,” but she did not think this was the time; and collecting herself, she said, “Fun is all very well, and I hope we shall have plenty, but we ought not to let it grow riotous; and I don’t think it was of a good sort when it was complaining of the food provided for us.”

The children were all rather subdued by what she said; some felt a little cross, and some rather ashamed; and when Mary brought back the dish replenished with slices, no one said a word as to whether the butter were thick or thin.  The silence seemed to David a favourable occasion for renewing the great question, “How does a pig pay the rent?”

There was a general giggle, and again Miss Fosbrook was as bad as any: while David, looking affronted, tapped the table with the handle of his spoon, and repeated, “I want to know.”

“I’ll tell you, Davy man,” began Henry, first recovering.  “The pig is a very sagacious animal, especially in Hampshire, and so he smells out wherever the bags of money are sown underground, and digs them up with his nose.  Then he swings them on his back, and gives a curl of his tail and a wink of his eye, and lays them down just before the landlord’s feet; and he’s so cunning, that not an inch will he budge till he’s got the receipt, with a stamp upon it, on his snout.”

“No; now is that a true story?” cried little Annie, who was the only person except David grave enough to speak; while Sam, exploding in the window, called out, “Why, don’t you know that’s why pigs have rings in their noses?”

“For shame, Hal,” cried Elizabeth, “to confuse the children with such nonsense.”

“Why, don’t you think I know how the rent is paid?  I’ve seen Papa on rent-day hundreds of times.”

“But the pigs, Hal; did you ever see the pigs?”

“I want to know,” continued David, who had been digesting the startling fact, “how the pig swings the bag on his back? I don’t think ours could do it.”

“It’s a sort made on purpose,” said Hal.

“Made on purpose by Mr. Henry Merrifield,” said Susan, at last able to speak.  “Don’t believe one word, David dear; Hal is laughing at you.”

“But how does a pig do it?” asked David, returning to the charge.

“Why do you want to know, my dear?” asked Miss Fosbrook.

“I know,” exclaimed Susan; “Davy went out with the nursery children to-day, and they went to see Mary’s sister.  Her husband is drowned because he was a sailor; and the Mermaid went to South America; and there are five little tiny children.”

“Of the mermaid’s?” cried Harry.

“No, no; the Mermaid was the ship, and it was wrecked, and they have noticing to live upon; and she takes in washing, and is such a nice woman.  Mamma said we might take them our old winter frocks, and so David went there.”

“And she said if she had a pig to pay the rent she should be quite happy,” said David.  “How could he?”

“I suppose,” said Miss Fosbrook, “the pig would live on her garden-stuff, her cabbage-leaves and potato-skins; and that when he was fat she would sell him, and pay the rent with the money.  Am I right, Sam? you know I am a Cockney.”

“You could not be more right if you were a Hampshire beg,” said Sam.  “Jack Higgins was her husband’s name, and a famous fellow he was; he once rigged a little boat for me.”

“And he sailed with Papa once, long ago,” added Susan; to which Sam rejoined,

“More fool he to go into the merchant service and get drowned, with nothing for his widow to live upon.”

“I’ll catch one,” broke from John and Annie at once; “such lots as there are in the yard!”

“You would catch it, I believe,” said Sam disdainfully; while Susan explained,

“No; those are Papa’s pigs.  Purday would not let you give them away.”

“Of course,” said Henry, “that was only those little geese.  I meant to make a subscription among ourselves, and give her the pig; and won’t she be surprised!”

“I’ve got one-and-threepence, and sixpence next Saturday,” cried Hal.

“I’ve not much, I’m afraid,” said Susan, feeling in her pocket, with rather black looks.

“Oh!” said Sam, “everybody knows simple Sukey never has a farthing in her pocket by any chance!”

“Yes, but I have, Sam;” and with an air of great triumph, Susan held up three-halfpence, whereat all the party screamed with laughter.

“Well, but Bessie always has lots!  She’s as rich as a little Jew.  Come, Bet, Elizabeth, Elspeth, Betsy, and Bess, what will you give?—what have you got?”—and one hand came on her shoulder, and another on her arm but she shook herself free, and answered rather crossly,

“Don’t—I can’t—I’ve got something else to do with my money.”

“Oh! you little stingy avaricious crab!” was the outcry beginning; but Miss Fosbrook stopped it before Elizabeth had time to make the angry answer that was rising on her lips.

“No, my dears, you must not tease her.  Each of you has a full right to use your own money as you may think best; and it is not right to force gifts in this manner.”