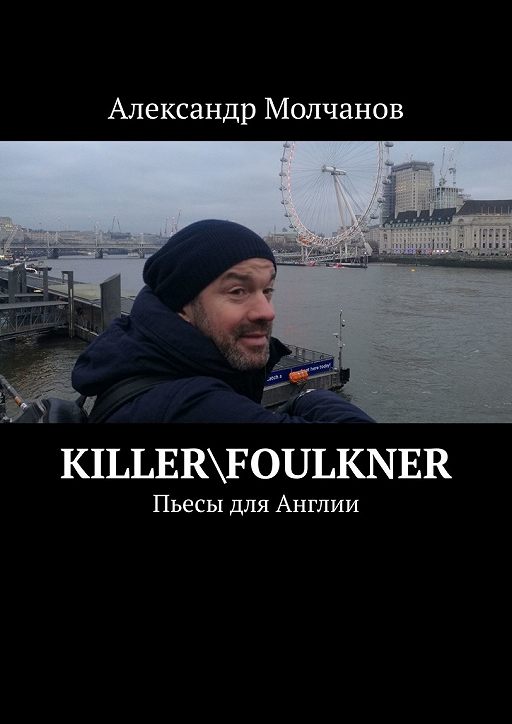 ANDREW. I’ve never understood why, when you’re praying, even praying inside, you turn into such a pussy. It’s all «Please, Almighty God, please forgive me for my sins’. Does he want me rolling round in the dirt, covered in snot, begging for forgiveness? Does he feed off that? Is it how he gets his kicks? From performing scum. You can’t talk like a grown up? «I’ve sinned. It happened. Won’t do it again. If I’ve gone too far this time, if I’ve run out of road, then punish me – lay it out. Maybe a hundred Our Fathers, forty days’ fasting, a century in hell. And that’s it. Debt paid. Settled. No outstanding balance. No guilt. No humiliation. Dignity intact. Maybe he wants people crawling round on the ground like cowards, crying like kids. On the other hand – I mean, I don’t like being called Dyusha. Sounds too fucking sweet. My proper name’s Andrey Vitalievitch, so use it. Maybe he wants to be talked to properly. Still like God, of course. Or it’s face in the dirt, tears…

«Course I understand God’s just a psychological phenomenon – praying makes life easier. Or maybe there’s some kind of energy field out in space. Idiot. Cos here I am praying and that’s no fucking easier. Doing it wrong. Trying to keep my dignity. Let’s have some fucking give and take Lord. Let’s discuss. Let’s negotiate. I’ll throw the moneylenders out of the temple. Forgive me, Lord, I beg you. I’m a sinner, I’m going to hell, forgive me Lord, I’m screwed. Do something. Give me a thousand Our Fathers, send me to a monastery. Send me to hell. As long as Seka doesn’t come round today. As long as Seka-

SEKA. There was this one kid at school called Dyusha. Fat kid, so he used to use it in fights, crush people. This one’s skinny, though. Fuck knows if he can take Maronov. Maronov’s not been around college for a week. What’s he hiding for? He’s already lost. Came to the table, lost. No need to hide.. Vitalya says three more days, he’s selling his motorbike to the locals. I’ve said to him – «What do you think you’re gonna get for it? Twenty? Thirty? It’s not a Minsk or a Ural or a fucking Dnieper with a side-car – it’s a Honda. World-beating technology. I’ve even cut a deal with the super. Two grand, she’ll cut a key for the store room. It’s crazy, keeping it in the apartment. Dragging it up five flights of stairs every day like Vitalya does. And come Summer, it’ll be sweet, blowing it around the villages… One on one, Dyusha could take Maronov, maybe. Maybe not. The Dyusha from elementary school would probably do better. He’d probably crush him.

OKSANA. Seka’s rich, of course he is, and he’s beautiful, and he knows how to fuck. And he’s dripping with confidence. Four years since they kicked him out of college and he’s still living in the dorm. Cut a deal with the super. He knows how to live the good life, and so he just does it. Thing is, he’s mean. Never buys me gifts. Could at least take me to a movie once in a while, not spend all day in the dorm playing cards. That fucking music.

ANDREW. So no God, and all that praying’s just a racket. Seka came over with some girl. Marinka? Oksana? Does she want to see him humiliate me? Me to him like some lowlife is to God? Or maybe they were just out for a stroll – just popped in to fuck me up while they were passing. Oksanka’s ugly. Eyes too close together. Zits on her forehead. Flat chest. Lights a cigarette, though, turns to the side to find a jar, and what an ass. Curved. Like looking at an amazing guitar.

OKSANA. So some schmuck in a too-tight shirt and shorts is lying on the bed. The room’s a mess. I was going to drop the ash on the carpet, then I thought – fucking room’s a fire-trap. I’ll find a jar or something.

SEKA. So I’m looking at this Dyusha guy, and I am so pissed at Maronov. You’re fucking broke, man, so don’t sit at the table. Is that so hard to understand? Why the fuck did he have to play? And if you lose, don’t hide, just pay your debts. I am so fucking pissed.

ANDREW. Just amazing how he can be so handsome and so much of a fucking asshole. Always with the hot ones. Shits money. All the luck at cards. Looks scrawny. Little fists. I wanted his hairstyle. Black with a fringe. Looks good on him, but not on me. His hair manages to lie down at the sides and the back, and mine just flops over my eyes. I’ve seen him fight though. We’re downstairs, hanging out and that beardy guy walks past – the one that’s always in grey Alaska. Hangs out with the girls on the twenty-second all the time. He comes downstairs in his fucking stupid get-up, black beard, like a skinny Jesus on a drunk. Looks like the girls got him wasted and kicked him out. So he’s looking to kick someone’s ass. Like, he’s so drunk it’s hard to tell what he wants. But beardy makes some shitty remark to Seka. And Seka gets up, follows him out back, knocks him out, one punch, kicks him for a while. Comes back and he’s not even out of breath. One time he had a fight with this boxer – a real boxer. The guy’s boxed so much he can’t even think straight and Seka just straight-up lays him out. One shot. Game over, but this guy – the boxer – he’s programmed to get up. He’s on autopilot. If he’d just lie down Seka wouldn’t touch him, but he gets up and he keeps getting up and every time Seka just knocks him down.

OKSANA. So Seka says to the schmuck – you got any money? And he goes – no, you know I haven’t. But I’ll pay it all back. Seka says – you won’t pay back shit. You owe me twelve grand, right?

SEKA. You’ve got fuck all.

ANDREW. I’ll pay it back.

SEKA. «I’ll pay it back’. Say that one more fucking time.

OKSANA. And Seka just looked at him then.

ANDREW. Seka said Maronov owed him fifty grand. He said he’d let my twelve grand go if I went into Oskol, and I found Maronov, and got Seka’s fifty grand, and brought it back to him.

OKSANA. Seka took out a hundred, a fifty, and a ten, and gave it to him. For fucking what?

ANDREW. And if he won’t give me the money?

SEKA. I don’t care how. Stab him. Have you got a knife?

ANDREW. Are you fucking serious? You mean stab him to death? Right?

OKSANA. Seka picked up a flick-knife from the table. Touched the blade. Winced.

SEKA. It’s OK. Oksana’s gonna go with you. I don’t want you running off with the money.

OKSANA. Me? With him? What the fuck for?

OKSANA. Seka, are you fucking nuts?

SEKA. Any other questions, darling?

ANDREW. If I remember, Oksana got thrown out last semester, so she’s only in the dorm with Seka’s permission cos he’s bribed the super. So if she steps out of line, it’s back to the village and she’ll die of boredom. Or maybe marry some fucking mechanic and see how that turns out.

SEKA. Get me the money by tomorrow.

OKSANA. Seka said to get the money by tomorrow. Then he left. Bastard. And this guy’s just staring at me. Aren’t I the lucky one? Bastard. Bastards. Fucking freak. Go and die in a fucking hole.

ANDREW. Come on. Calm down. I’ve got it worse than you..

OKSANA. Calm down? Calm fucking down? Are you fucking crazy? You touch me, I’ll tell Seka. Fucking idiot.

ANDREW. And she started crying. Sitting there sobbing while I got my stuff together.

OKSANA. He walks around the room, packing up his shit, and I think the main thing is not to cry in front of him-

ANDREW. Then off we go down the hall. All the girl’s heads poking out of the doorways, no fucking clue what was up.

OKSANA. If he thinks I’m a whore, he’s in for a fucking surprise.

ANDREW. At the bus station, I had an idea.

OKSANA. He says to me, you stand here, have a smoke. I’ll go in and get the tickets. The desk’s crowded. Me – I’m just standing there smoking and thinking about what a son of a bitch Seka is. He doesn’t give a shit about anyone else. I could work for the exams, pass them, get a grant. There’s loads of people doing that. They come and live in the dorm and get expelled, but they carry on living there for years and nothing happens. It’s easier for guys, of course. They just move to the girls’ floor, pick a girl, and stick around. But it’s harder for a girl to get taken in. The fucking pigeons have it alright. They just hang out here. No worries about grants or rooms, and every day’s a holiday.

ANDREW. I got the tickets and came back out. She’s standing there staring at the pigeons.

OKSANA. We’re getting on the bus and I just have this feeling. Like I’m going home. I hate the countryside. The dances. And the guys are all village idiots. Cultural life – basically drinking and fighting. Not that I go to the theatre here I guess. And not that Seka ever takes me to the movies.

ANDREW. So we’re on the bus, and I think, well I should at least say something.

OKSANA. And now he turns to me with his puppy-dog face and says.

ANDREW. It’s not pity. I just…

OKSANA. Just sit there and shut up. It’s a shitty enough situation for me without you talking to me as well.

ANDREW. Oh and it’s not shitty for me? I’ve got it fucking worse than you.

OKSANA. Calm the fuck down. And fuck you. Look. There’s the street I went to college in, and that’s where I hung out with the girls on City Day. Wooden houses. The old watchtower they keep saying they’re gonna turn into a bar, a monastery, the barracks. Forest.

ANDREWANDREW. She didn’t notice we got on the wrong bus. I’m not going to tell her right now. I’ll tell her when we arrive. I was thinking it was all over. Of course, there’s more to come. I always thought I had to have been put here for a reason. I have proof of that too. Solid proof. Back in the eighth grade me and Mishka Astakhov